The KTM 125, the entry level performance bike which offers a superior ride at competitive pricing has not seen much demand in the past month. Sales dipped 27.77 percent to 1,948 units, down from 2,697 units sold in the same month of the previous year. Sales of this model even noted a MoM decline from 1,847 units sold in domestic markets last month. 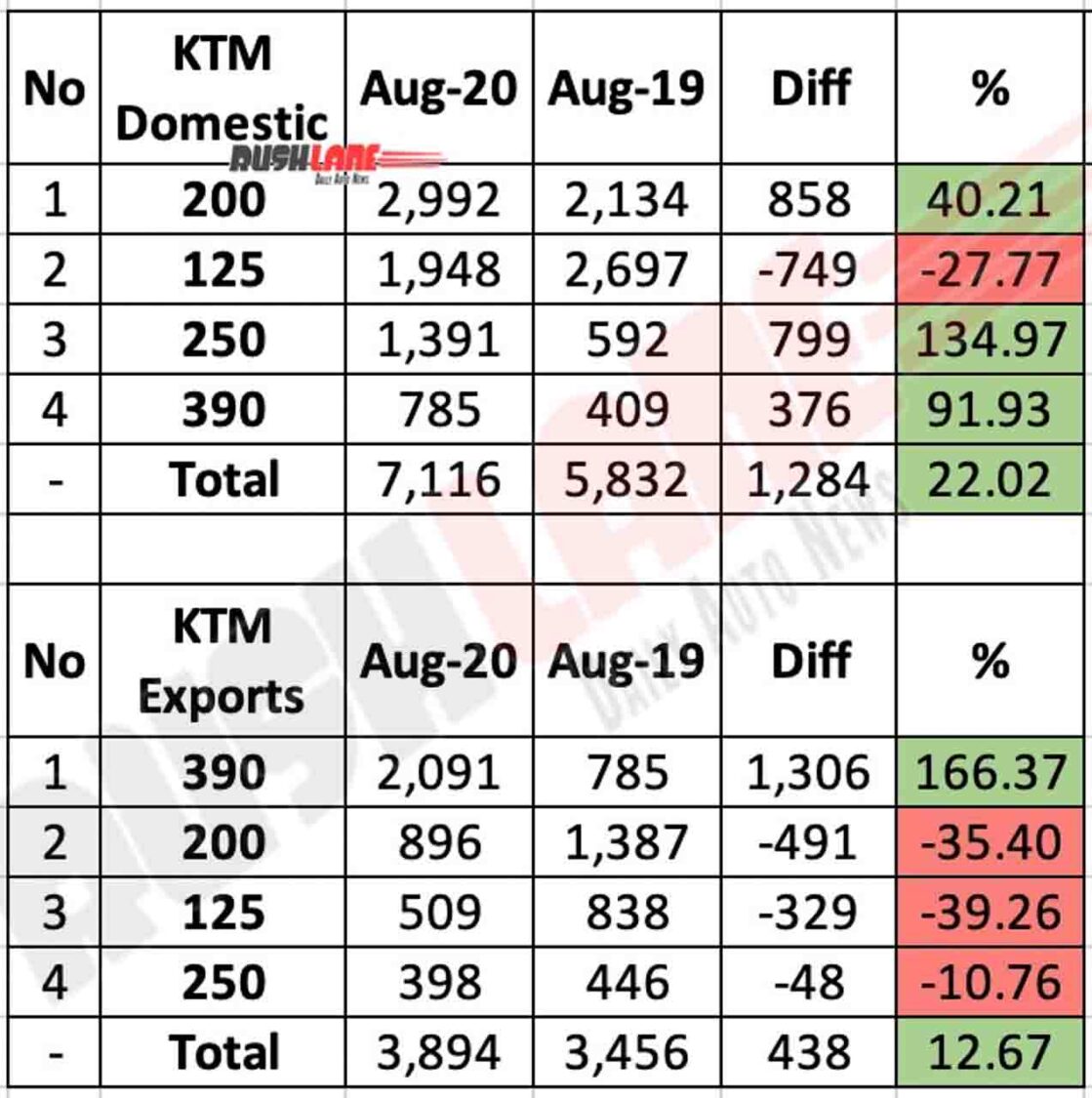 In first spot on the list of exports was the KTM 390 (Duke + RC + ADV) of which 2,091 units were exported last month, up 166.37 percent from 785 units exported in the same month of the previous year. However, this was again a MoM decline when compared to 5,772 units exported in July 2020. Exports of 390 range is increasing because of high demand for newly launched 390 ADV.

KTM India is all set to launch new products in India. The KTM 250 Adventure will be the first among these launches. It will be similar to the 390 Adventure and will be an important model in India as it will be the new entry point for the bike makers Adventure lineup.

The festive season will also see KTM India introduce new color options and stickers for the RC 125 and RC 200 to enhance their appeal. Apart from the cosmetic update, the bikes will see no changes in mechanics which will be identical to that powering their current counterparts.