KYMCO has been steadily making progress in its bid to emerge as a major global scooter maker. The Taiwanese brand which enjoys a sizable presence in important European markets has come up with a futuristic, unconventional and sporty electric scooter. Called the KYMCO F9, the premium two wheeler is not your typical zero emission urban runabout.

For starters, the F9 looks more like a concept than the production version but it will hit the market as it is. The radical and edgy styling is a futuristic amalgamation of a scooter and a step-through which is quite popular in East Asian markets. 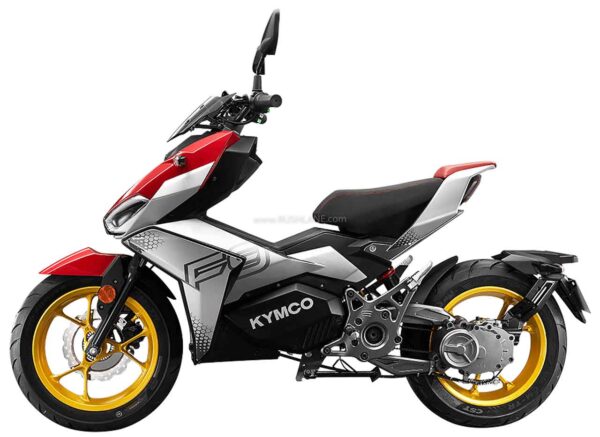 Giving the KYMCO F9 a purposeful stance are the 14-inch alloy wheels which are finished in golden colour and are wrapped in thick tires. The steeply raked front apron houses a pair of low-mounted LED headlamps with integrated DRLs while the side panels hide the battery and chassis.

Speaking of which, the battery is designed to be a structural member of the frame to achieve good rigidity and low center of gravity. The alloy rear sub-frame also houses the scooter’s 2-speed automatic transmission which also doubles up as single-sided swing arm. 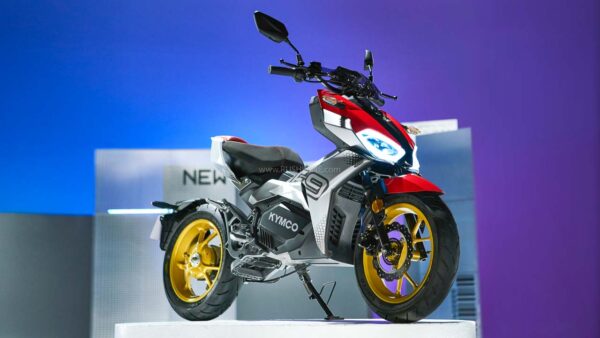 The KYMCO F9 is powered by a 9.4 kW electric motor, mated to a 2-speed automatic transmission which is claimed to be a first of its kind to be engineered specifically for an electric scooter. The battery pack is a 96 V, 40 Ah lithium-ion unit which is claimed to offer a range of 120 km as per NEDC (New European Driving Cycle). The fast charging battery can achieve full charge in just 2 hours.

The sharp looking F9 is capable of accelerating from rest to 50 kmph in just 3 seconds and has a claimed top-speed of 110 kmph. The light kerb weight of 107 kg should make the scooter an agile handler. 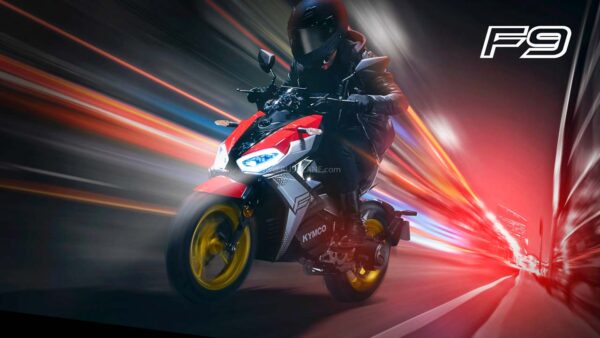 Suspension system is composed of traditional telescopic front forks and a rear monoshock. While the front wheel is retarded by a disc brake, the F9 employs a drum at the rear.

The KYMCO F9 is a premium offering and it does justify its position with full LED illumination and a colour TFT instrument panel. The brand has not revealed much about the equipment list as of now but we expect the scooter to offer a single-channel ABS, regenerative braking and connectivity features. 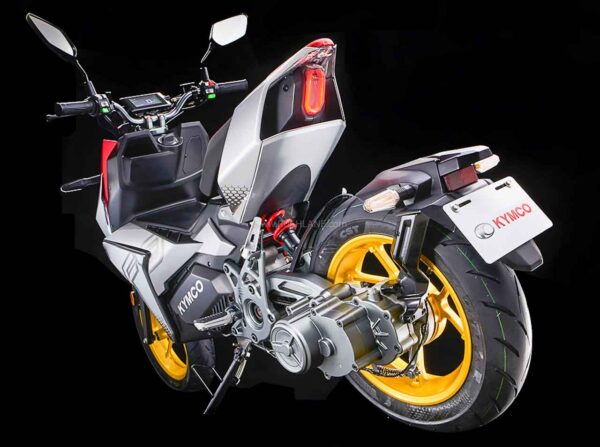