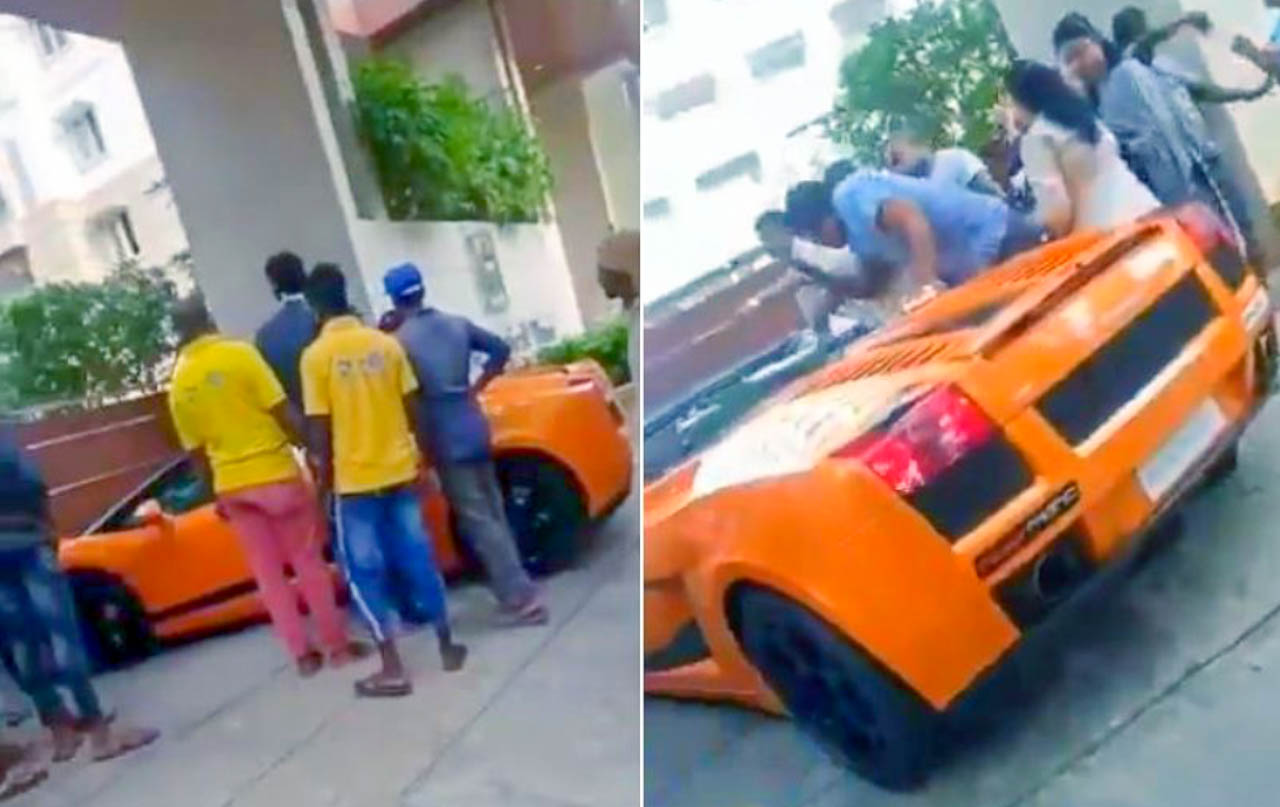 Supercars are exciting to spot on the streets with their snazzy profile, fast speed and extraordinary exhaust note. These are a common sight in city streets and in most cases, people just take a quick glance as the car zips past them.

However, supercars can create problems for the driver if the vehicle is being driven in a rash manner, overspeeding or making too much noise. Something similar happened in Bengaluru when the public confronted a Lamborghini Gallardo Spyder owner and reportedly thrashed him for overspeeding and loud exhaust noise.

The Lamborghini owner was reportedly changing lanes frequently and stepping on the gas repeatedly producing loud exhaust notes. At one point, the driver even enters the lane that has been reserved for public transport buses. Moreover, the car is probably being driven in residential areas in a rash manner, which creates significant risks for people on the streets. It has been reported that the supercar was bought recently and the owner had taken it out for a spin accompanied by a female co-driver.

Irked by the loud sound and irresponsible driving, the locals confronted the Lamborghini driver. The driver was forced to stop his car after one of the residents jumped on the vehicle. The person is seen in the video, holding on to the neck of the Lambo driver, which resulted in the car being brought to a stop.

A mob soon gathered and people could be seen man-handling and thrashing the driver. The mob was unwilling to listen to the female co-driver who was trying to protect her friend.

Mob violence has led to more serious incidents in the past, but thankfully nothing sinister happened in this case. Good sense eventually prevailed and the couple were let-off later by the residents. The incident has come to the notice of Deputy Commissioner of Police who said that the case is being investigated. Police authorities will take suitable action against anyone found to be violating the law. As of now, none of the parties involved have registered a formal complaint with the police.

While rash driving is certainly dangerous, we feel that public vigilantism also has its risks. By thrashing the Lamborghini owner, the people have themselves violated the law. In such situations, the right thing to do would be to note down the number of the car and report it to the police. People can probably shoot some videos, which can then be used as evidence.