California based Incline Dynamic Outlet claims to have created the world’s fastest camera car. This car is a Lamborghini Huracan with a massive, high end, fast camera rig strapped onto its tiny front trunk.

Christened ‘Huracam’, the fast camera can capture the best quality video despite how fast the car one is filming is driving at. Incline Dynamic Outlet states that this high speed camera took months to develop and fabricate while installation of its framework and controls also took a great deal of time. 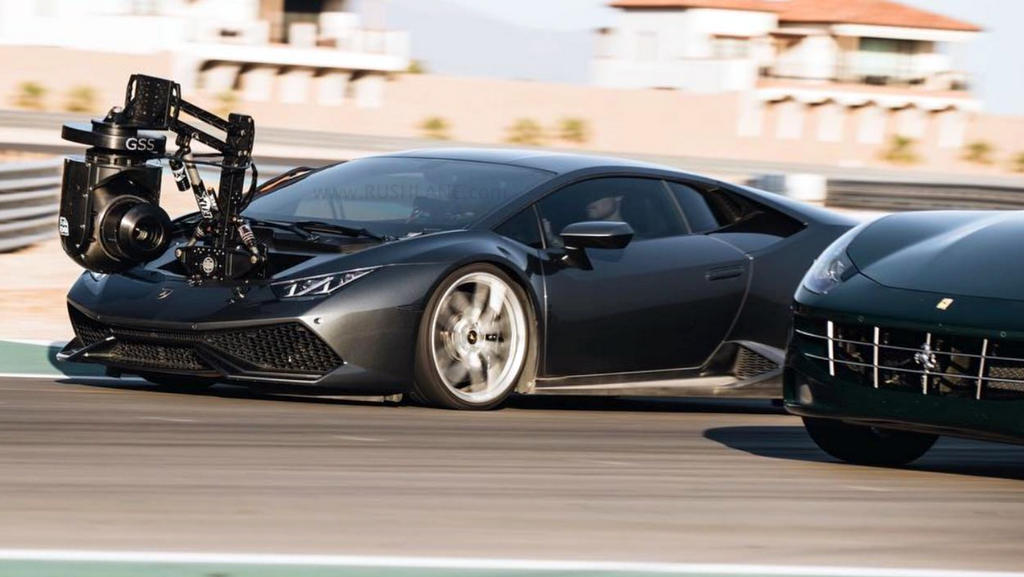 The Lamborghini Huracan LP 610-4 is capable of acceleration from 0 to 100 kmph in 3.2 seconds while it can effortlessly cross the 300 kmph mark. What effect the high speed camera bolted to its front end will have on speed and performance is yet to be ascertained.

The Lamborghini Huracan needed some modifications so as to accommodate this high speed camera. Its front hood was removed and the trunk was lined with sheet metal and a custom made power operated arm was affixed. The Huracan, being a mid engine car and hence the weight of the engine offset the weight of the crane and camera.

The gimbal was made by Gyro Stabilized System and the camera attached to the end is a Red Epic 8K. Wires are seen running from the camera to the insides of the car through a pillar provide power. The cost of the Lamborghini Huracan is $200,000 while the camera is priced at $600,000.

Though Incline Dynamic Outlet has created the fastest camera car, the concept goes back to the filming of the 2014 movie ‘Need for Speed’. The cameras used to capture this high speed action was via camera equipment installed on a 562 hp Ferrari 458 and a 625 hp Shelby tuned Ford Mustang. The next time you see those high speed action scenes in movies, or a car ads going around the circuit at high speed, remember the Lamborghini Huracam.