Lamborghini will be presenting the new Huracan Evo Spyder at the 2019 Geneva Motor Show in March. At the show, this new open top version will join its coupe model, which was launched in India a few days ago. The Spyder variant will be launched in the coming weeks. 2019 Huracan Evo Spyder coupe and drop top variants share the same features and specifications.

In the front it gets a sharp nose, wide air intakes and new front splitter, while the rear features an integrated spoiler and dual exhaust pipes positioned in the mid section of the tail. Combining open air driving with Huracan Evo evolutional technologies, The Spyder gets next gen vehicle dynamic control and aerodynamics. The roof opens in 17 seconds and can be operated at speeds upto 50 kmph. 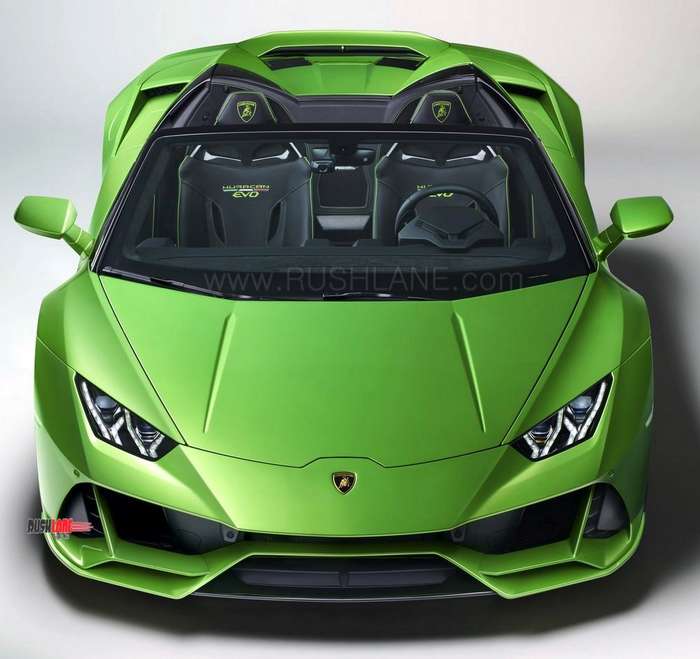 Presented in Verde Selvans, a four layer green color scheme, the Huracan Evo Spyder sits on 20” Aesir wheels fitted with Pirelli P Zero tyres. Interiors are done up in a combination of Alcantara and leather with stitching accents matching the exterior color scheme. The vehicle sports a new 8.4” touchscreen infotainment system and styling packages such as Carbon Forged Composite and Carbon Skin while there are also a host of personalized packages that can be selected from the Ad Personam program. 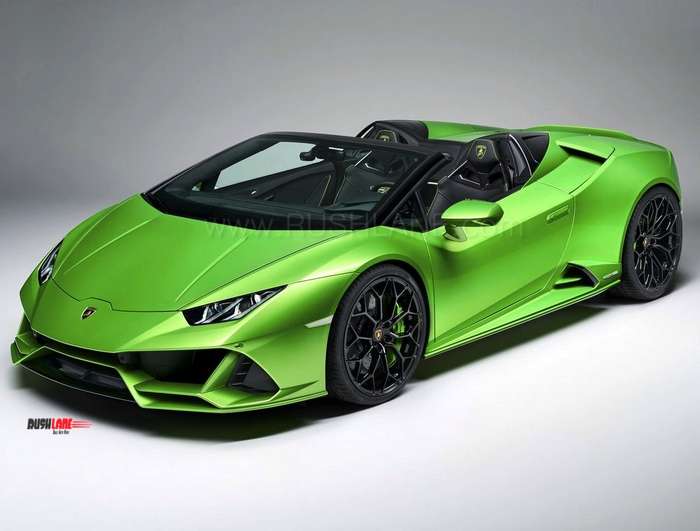 In terms of mechanics, the Coupe and drop top share the same V10 engine offering 640 PS power and 600Nm torque mated to a 7 speed dual clutch transmission, sending power to all four wheels. This allows for acceleration from 0 to 100 kmph in 2.9 seconds where the coupe is concerned and at 3.1 seconds for the drop top variant. Top speed, however, is the same at 325 kmph.