Kolkata based Piyush Dutta of Pacific Freight Forwarders has done something that no other Lamborghini owner in India has done before. He travelled a total of 4,400 kms from Kolkata to Mumbai and back while stopping at Vizag, Hyderabad and Sholapur enroute – all in his new Lamborghini Huracan.

How did this happen? And why did this happen? Who would go on a road trip of 4,400 kms in a supercar, and that too on Indian roads? That is the kind of questions most would ask. Piyush has answered all of them. 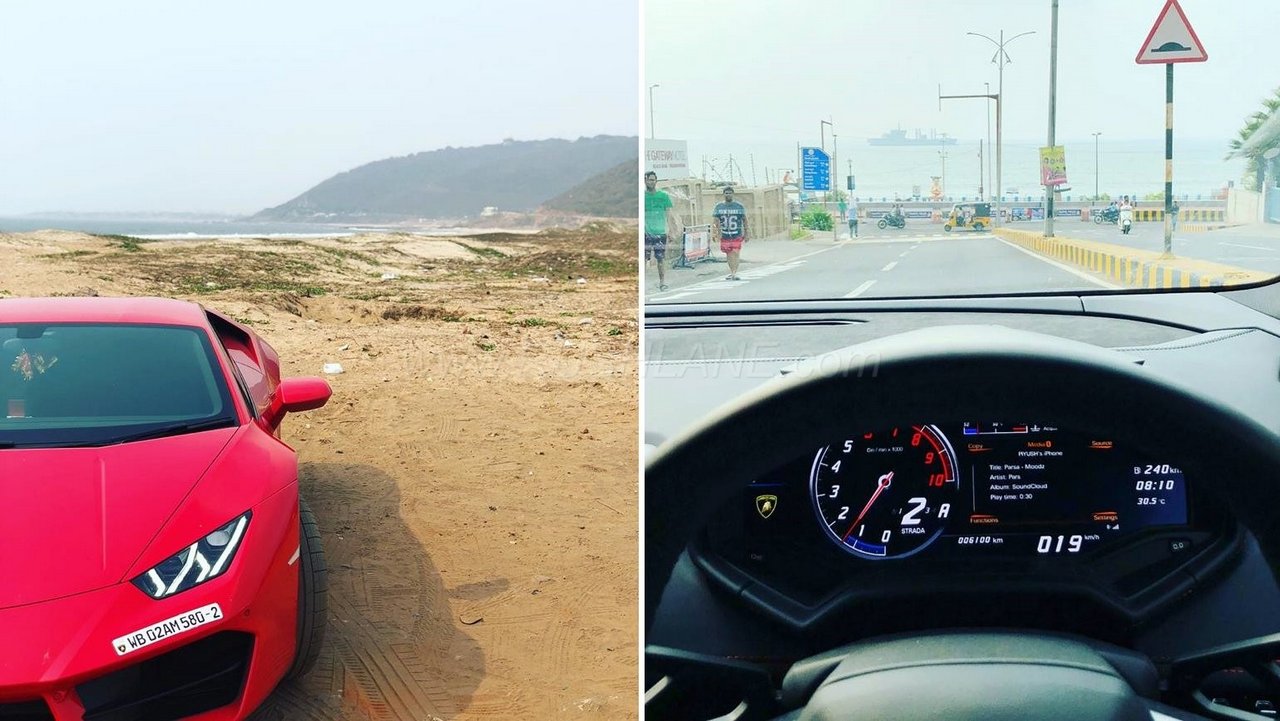 With a passion for driving and the availability of a supercar Lamborghini Huracan, Dutta started his journey from Kolkata, initially only planning a trip to Vizag. He thought of returning home after reaching Vizag, but viewing the capabilities of the car, he continued his journey to Hyderabad andfrom then on went on to Mumbai.

The journey from Kolkata started on 18th March 2018. Dutta travelled along the Bhubaneshwar Vizag route and reached his destination in 12 hours. After resting that day, Dutta set off again on 19th March as he had some work at Vijaywada. These roads were equally good allowing him to reach Vijaywada in 8 hours.

On 19th March, Dutta then travelled on to Hyderabad and on 20th morning set out to have a look at the city following which he continued his travels to Mumbai. This 100 kms road just before Sholapur was bad as work was going on. He had to travel over potholed roads and high speed bumps and then on along the Mumbai Pune expressway to reach Mumbai at mid-night on 20th Marc. He spent two days sightseeing around Mumbai and on 23rd March decided to head back to Kolkata on the same route that he had taken.

Dutta regaled the quality of Indian roads, the love he got from the people in these different cities and the comfort with which he could travel in the Lamborghini Huracan. He was guided along the route via Google Maps and Dutta wishes to mention that at not one place did the Lamborghini Huracan hit the ground pointing out that Indian highways are not as bad as they are made out to be.

He also wishes to point out that sports cars are often thought of impractical for such a journey but the Lamborghini Huracan stood the test allowing Dutta to complete the journey with ease.