First launched in Italy, back in December 2017, the new Lamborghini Urus was launched in India on 11th January 2018. It has taken about 9 months for the deliveries to start. But the wait has been worth it for the first batch of owners who are now taking the delivery of their Lamborghini SUV.

Touted as the most affordable Lamborghini, Urus has found quite a following in India. Deliveries have commenced in multiple cities of India via official Lamborghini dealerships which are located in Delhi, Mumbai, and Bangalore. 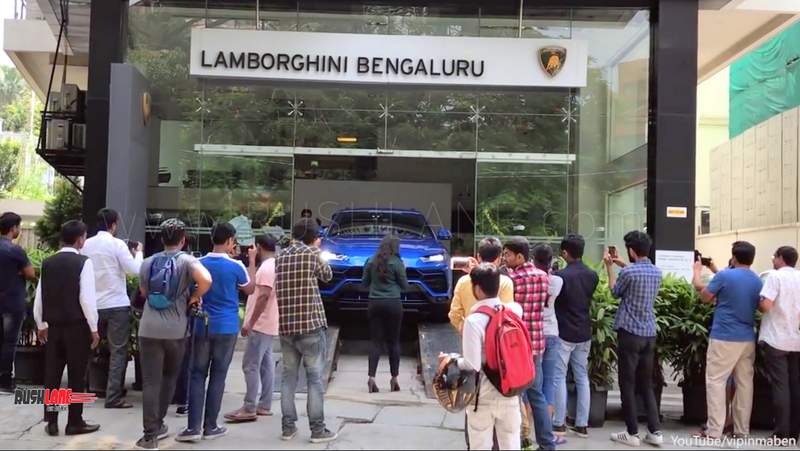 The first Urus of India was delivered to its owner in Mumbai in the second week of September. After that over a dozen owners have taken delivery. In the last 1 week, five Urus has been delivered by Lamborghini outlet in Bangalore alone. Urus is powered by a twin-turbo 4 liter V8 that delivers 650 hp and 850 Nm to all four wheels. It has a top speed of 305 kmph, does 0-100 kmph in 3.6 seconds; 0-200 kmph in 12.8 seconds and 100-0 kmph in 33.7 meters.

It is very much possible that the Urus has surpassed Lamborghini’s expectations. It could become the best selling Lamborghini in India this year. Watch the video shot by Youtuber Vipin Maben, who shows the delivery process of a Blue Urus from the Bangalore dealership.

Priced at Rs 3 crore, ex-showroom for the standard variant, on-road prices could very well go beyond the Rs 4 crore mark. For example, the first Urus sold in India was Rs 3.8 cr ex-showroom – thanks to the optional extras on offer. Manufactured only at the Sant’Agata Bolognese plant of Lamborghini, every Urus sold is imported into India as CBU.

Demand of Urus is not only growing in India, but everywhere in the world. Lamborghini has to increase production to meet demand. Company plant is also being expanded from 80,000 sq mtrs to 160,000 sq mtrs with a new assembly hall, paint shop and logistics center being added. 600 new employees are also being hired over the next four years.