After parking his Maruti WagonR, in the bungalow’s driveway, the owner went inside. Unknown of the fact the he had not pulled handbrake. Unfortunately, the car was parked on a slope. Seconds after the owner left his car, the car rolled down the slope, and on to the road.

The WagonR darts on to the road perpendicular to the traffic. Luckily, there was no one and the car reached other side of the road. Now, there too was a slope. The car once again starts moving forward, on to the road and towards the bungalow. This time too, it does not crash into traffic. Due to less traffic, the road was more or less empty. 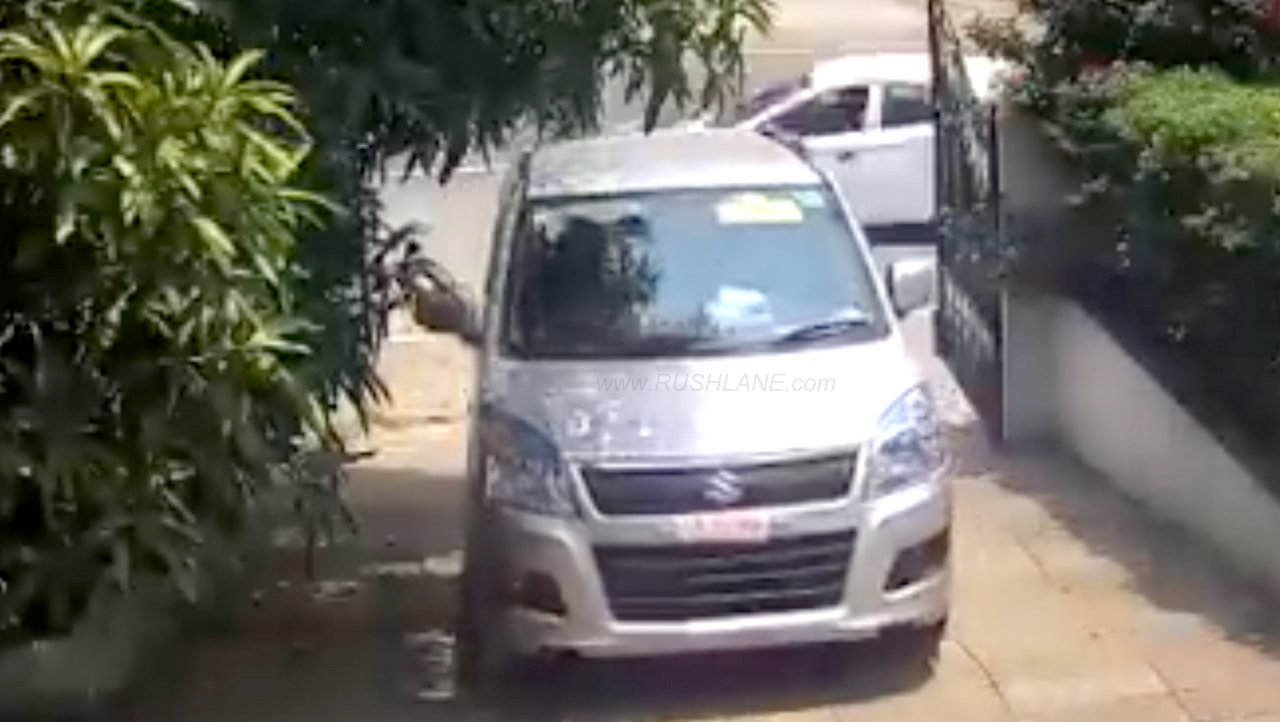 Soon an alert citizen is seen making frantic noises, which alerts the owner of the car. The owner then comes to the car and applies the hand brakes, finally. Watch the video below.

This could have easily resulted in a fatal crash. Who would have had been held responsible? Of course the car owner. But would he have been punished? Not likely. The penalty for breaking traffic rules and regulations or for being careless on our roads is hardly much. Most of us keep a ‘don’t give a damn attitude’ while driving / riding. This has resulted in rise in such kind of accidents.

What can be done to make people be more careful? Government of India has realized that the only way to discipline road traffic in India is to increase fines drastically or to amplify jail sentences. This is exactly what the Home Minister has asked State Governments to look into. He has put forth a proposal to increase the punishment for causing death due to negligent or rash driving.

Now what is it that has made the Home Minister sit up and take serious note of these lapses on the part of the State Government against rash and negligent drivers who are on the road to kill? Past and recent incidents in the Capital is what has drawn the attention of the authorities to the fact that unless some stringent laws come into being drivers will continue to be negligent and careless while on the road as consequences are lacking in severity.

It is a well known fact that India ranks highest in number of road accident deaths in the world and the only reason for this is the fact that we are among the few countries where the price you pay is in inverse proportions to the damage caused. The Government of India has finally taken notice of this fact and has plans to increase fines and jail sentence.