With BS VI emission standards becoming a mandatory requirement from 1st April 2020, automakers in India are in the process of updating their engine lineup to comply with these stringent norms.

Lexus has also updated three of its models to comply with these norms. These include the most recently launched new RX 450hL along with the Lexus NX 300h and the Lexus ES 300h. All three models are equipped with hybrid tech. 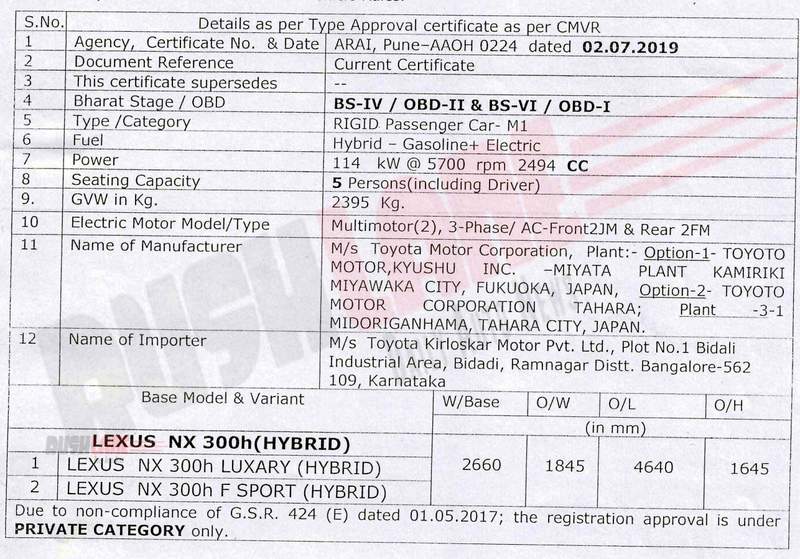 Recently, Lexus has launched the fourth generation RX in India at Rs.99 lakhs. It comes in with an added third row of seating with improved technology and design. This 7 seater RX 450hL mid-size luxury crossover SUV has replaced the 5 seater RX 450h in India. It is brought to India as a CBU to rival the Volvo XC90 and Audi Q7. 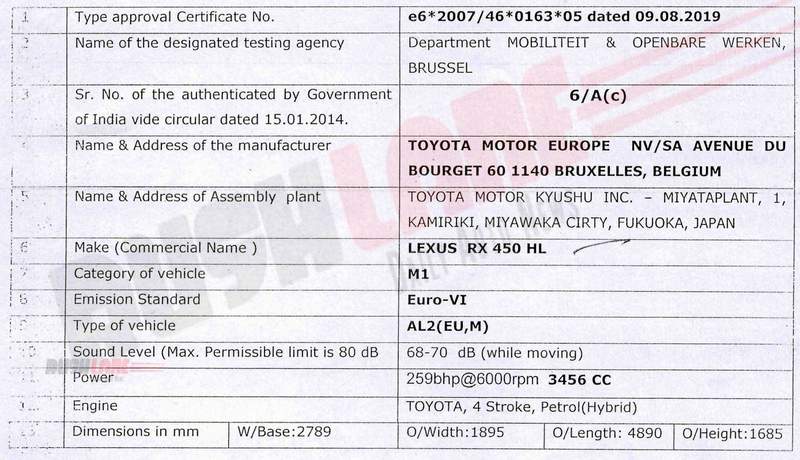 The company will continue selling the Lexus ES 300h luxury executive sedan post the update from BS IV to BS VI and have upgraded this engine to comply with these norms. The ES 300h is powered by a 2.5 liter, 4 cylinder petrol engine with Lexus Hybrid Drive System generating 178 PS power with combined system output of 218 PS power at 5,700 rpm and 221 Nm torque at 5,200 rpm. The engine is mated to an Electronic Continuous Variable Transmission and allows acceleration from 0 to 100 kmph in 8.5 seconds to a top speed of 180 kmph. 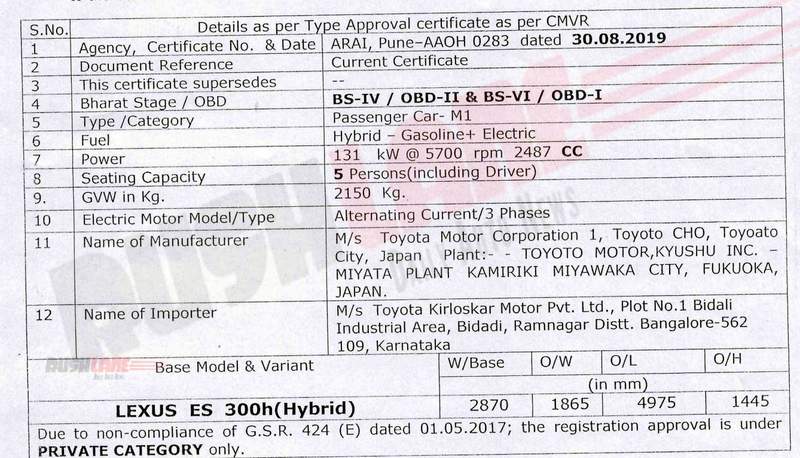 The Lexus ES 300h currently retails at Rs.59.95 lakhs but as will be seen with the BS VI upgrade, prices of each of these offerings are expected to go up marginally.