Twenty Two Kymco, the Indian subsidiary of internationally renowned Taiwanese scooter manufacturer, has announced that it will commence sales of its Like 200 automatic scooter in the country in September. The premium scooter will be manufactured at the firm’s Bhiwadi facility in Haryana.

The Twenty Two Kymco Like 200 scooter will be identical to the Like 150 which was showcased at a recent event but will sport a 163 cc engine instead of a 150 cc unit. The company has announced that the Like 200 will carry a price tag of INR 1.30 lakh (on-road).

While the technical specifications of the Kymco Like 200 are under wraps as of now, we expect it to emerge as the most powerful automatic scooter in the 150 cc segment. For reference, the Like 150’s air-cooled fuel-injected unit delivers 13.46 hp and 11.8 Nm of torque. The increase in displacement is sure to be accompanied by improvement in the output figures. 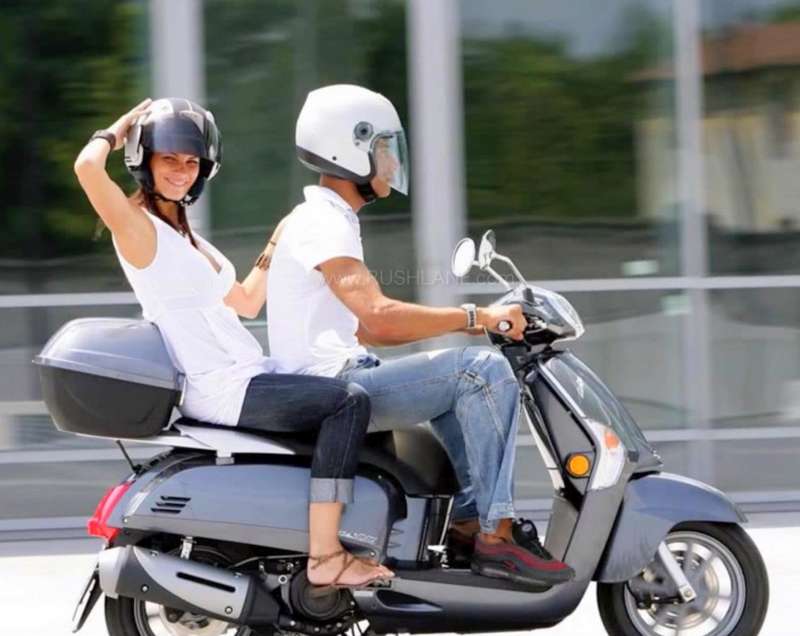 The Kymco Like is a compact scooter with an attractive retro-classic styling. Design highlights include chrome outlined headlamp, a centre ridge on the apron, contrast seat cover, prominent rear combination light with wraparound clear-lens indicators, and a steel grab rail. The fuel tank is located underneath the floor board in a bid to achieve uniform mass distribution and hence better dynamics.

Being one of the most premium offerings in the Indian automatic scooter segment, the Like 200 is equipped with partially digital instrument cluster, 12-inch wheels, telescopic front fork, front and rear disc brakes (we expect the scooter to be equipped with single-channel ABS when it goes on sale), etc.

In the first phase, the company will have 14 outlets across 6 cities – Pune, Bangalore, New Delhi, Hyderabad, Ahmadabad and Kolkata. In next three years, Twenty Two Kymco aims to expand its network to 300 outlets across the country. Kymco may be new to India but given that it already has electric vehicles on sale in international markets, it holds strong potential here.