Smaller and affordable priced cars, under the Rs.6 lakhs range, are more economical to run, cheaper to insure and maintain

All auto makers in India have updated their cars to Bharat Stage 6 (BS6) emission norms as per the Supreme Court order. Immediately following the update to BS6 norms, the COVID-19 virus has hit the world.

It has taken a significant toll on purchasing capacity of buyers and therefore affordability could be the emphasis for a large number of new car buyers in the country. Maruti Suzuki Chairman believes that it is the cheaper and affordable cars which will have huge demand. Here is a list of lowest priced cars on sale in the year 2020.

The Renault Kwid hatchback was launched in 2015. It directly competes with the Maruti Suzuki Alto in its segment but offers more space and mileage over the rival. The Kwid is powered by a 1.0 liter petrol engine offering 67 bhp power and 91 Nm torque while the smaller 0.8 liter engine produces 53 bhp power and 72 Nm torque. It is also learnt that the French automaker is working on a Kwid compact SUV, codenamed HBC as on date and rumored to be called the Renault Kiger. Launch date could be sometime later this year. 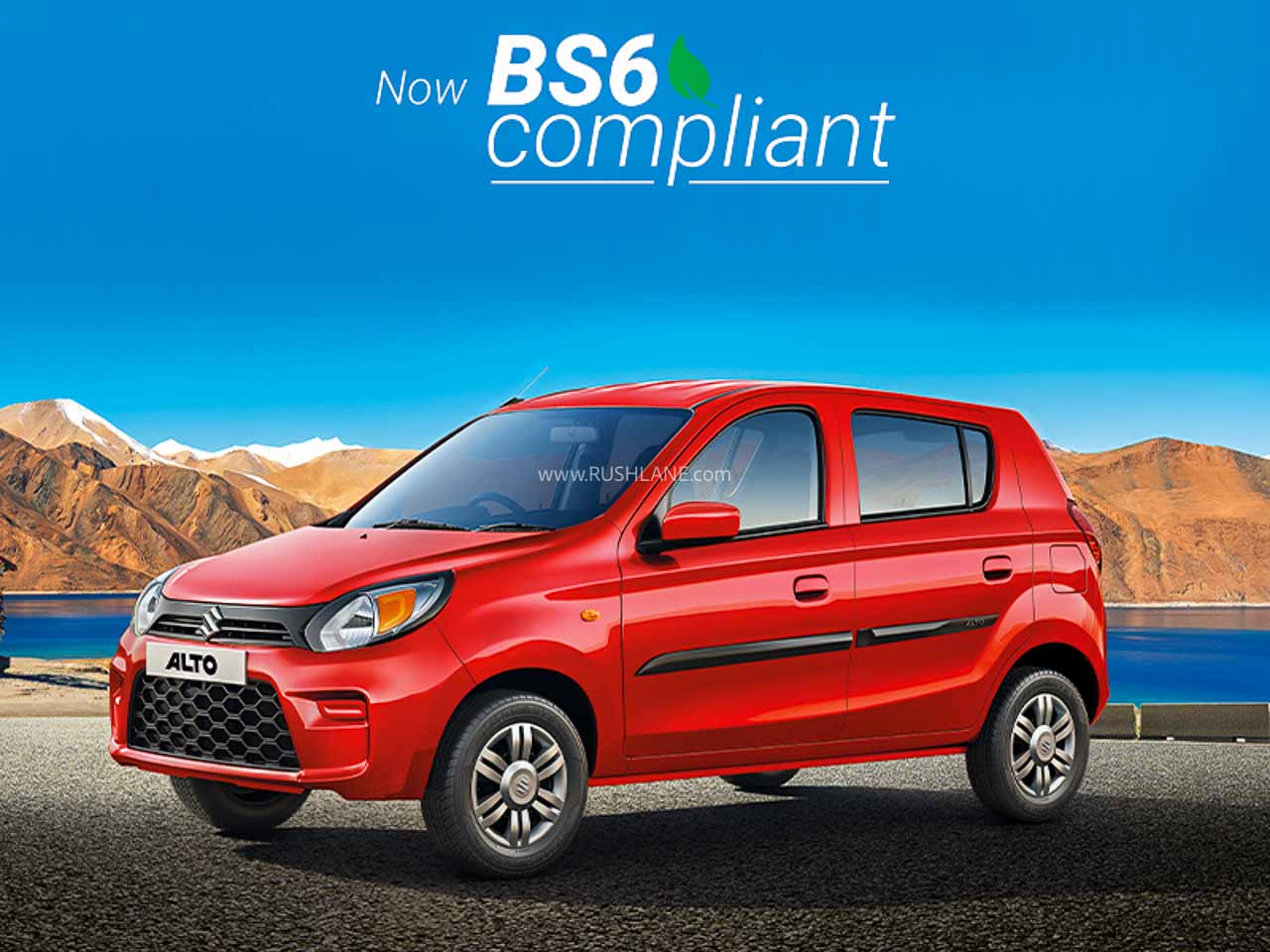 This entry level hatchback is a popular model in the company lineup and has held on to its pole position in domestic markets for the 16th year in 2019-20. It is powered by a 800cc engine that was also seen powering its BS4 counterpart, offering the same level of reliability and efficiency.

The Maruti Suzuki Alto also gets a BS6 compliant CNG variant, offered on the mid spec variants. The 800cc engine offers 41 PS power and 60 Nm torque when running on CNG which goes up to 48 PS power and 69 Nm torque with petrol. The engine is mated to a 5 speed manual transmission. Fuel efficiency stands at 31.59 km/kg for the BS6 CNG Alto which is less than 33.44 km/kg offered by theBS4 engine. 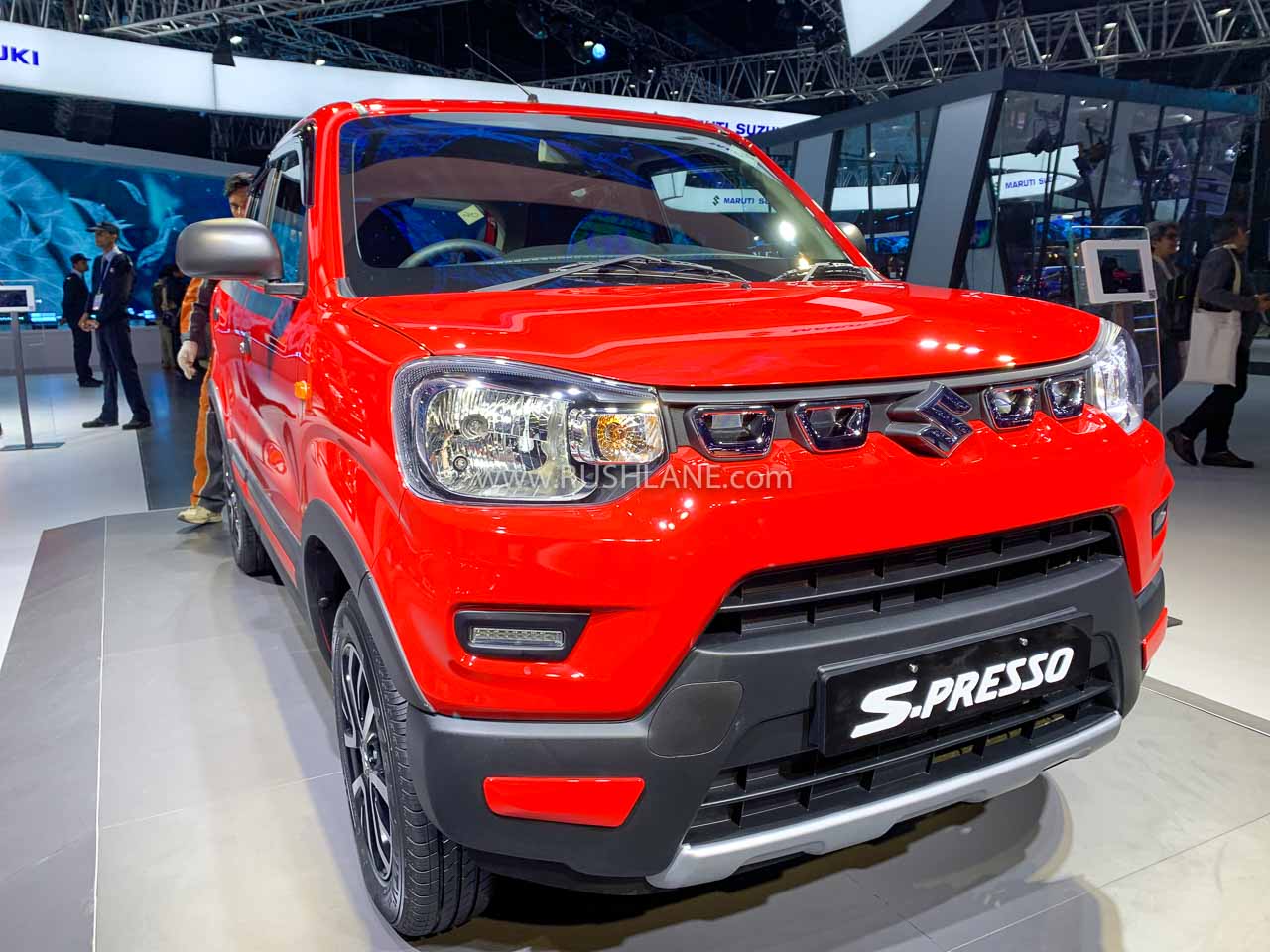 This mini SUV was launched on 30th September 2019. It is a small and compact car based on the Future-S Concept and comes in with a 1.0 liter, 3 cylinder BS6 compliant engine producing 68 bhp power and 90 Nm torque. The engine is paired to a 5 speed manual and an AMT and offers mileage is around 20 kmpl for all variants. The Maruti Suzuki S-Presso is positioned on the company’s HEARTECT-K platform and gets a distinct interior and exterior than other Maruti cars.

Maruti Suzuki Celerio is also among the more affordable BS6 cars in the country. It has received its engine upgrade and along with it also became the first car from Maruti Suzuki to get an AMT option. It is powered by a peppy 1.0 liter, 3 cylinder petrol engine offering 67 bhp power and 90 Nm torque. The CNG variant sees a drop of 10 bhp power. The engine’s responsive handling makes it one of the best entry level performance cars. The Celerio could soon be replaced by an all new model by early 2021.

The most affordable car in the Hyundai lineup, is the second gen Santro tallboy that was launched in October 2018. It receives several outstanding features and a roomy cabin and also comes in with features such as passenger side AC vents and reverse parking camera, not seen in other cars in its segment. The Hyundai Santro is powered by a 1.1 liter, 4 cylinder petrol engine offering 67 bhp power and 99 Nm torque mated to a manual and AMT while it also gets a CNG option. Fuel efficiency stands at 20 kmpl on petrol and 30.48 km/kg on CNG.