Many of us have longed for the Head of State to use an Indian-made vehicle for his/her convoy. In case, you are one of those, the latest update might bring a smile on your face along with a feeling of pride. The first BS6 compliant Mahindra Alturas has been delivered to the Honourable President of India, at his residence – Rashtrapati Bhavan.

The delivery of the vehicle was taken by Jt. Secretary of President’s Office. The piece of information was confirmed by a retweet from Mr. Parthasarthy who holds a Senior position in the Mahindra Group. From the shared photo, it looks like as if the SUV donned a black paint job. It isn’t clear if the vehicle had any specific changes/customization done, before it was delivered to the Honorable President. 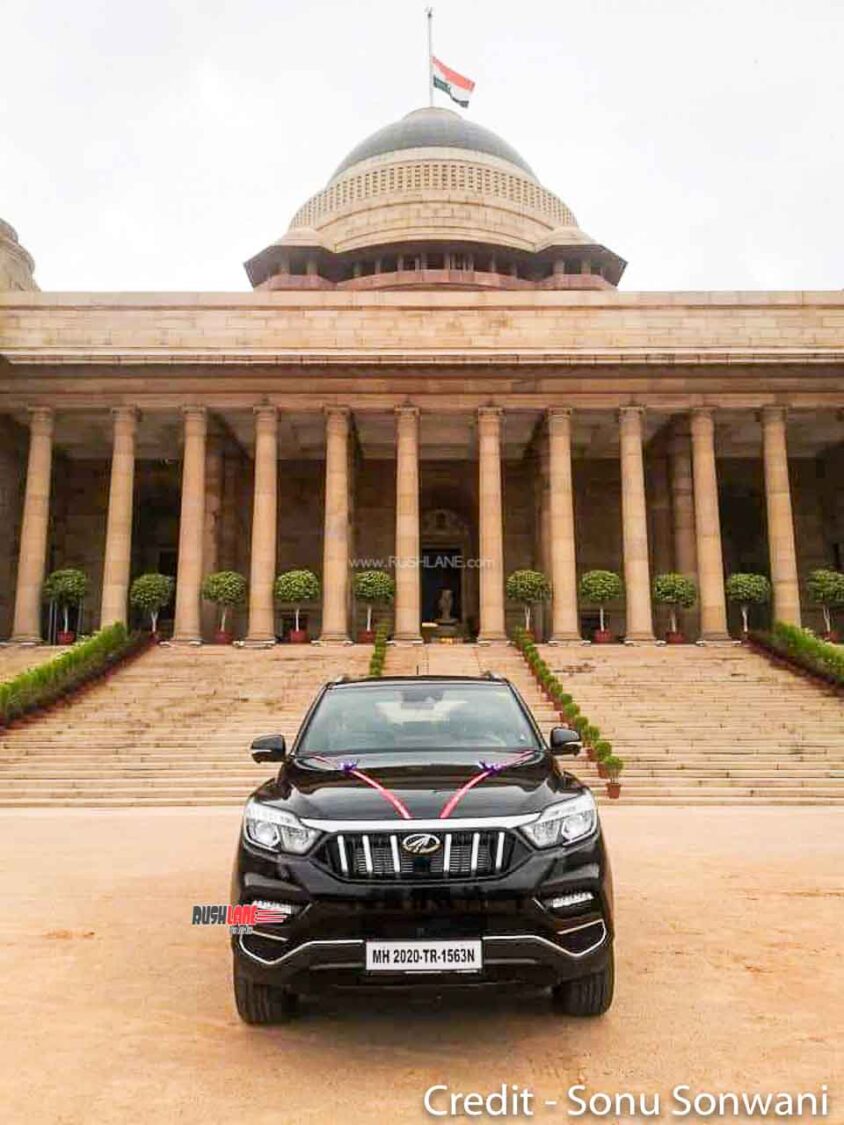 The S600 happens to be a flagship product from Mercedes-Maybach and is well known for the safety and security features it comes along with. However, the Alturas will certainly become part of President’s convoy and we might even get to see him using the same for his official commute at some occasions.

Talking about the Alturas G4, it is technically a rebadged SsangYong Rexton. Mahindra had tried to introduce the previous generation Rexton in India with a SsangYong badging but that didn’t do very well. Later, Mahindra had brought in the current-gen Rexton in 2018 but this time with a new name tag and a Mahindra badging.

The Alturas is offered in India in 2 trim levels, both of which are powered by the same diesel motor, a 4 cylinder 2.2 litre turbocharged diesel engine which can dish out 178 bhp & 420 Nm of peak torque. The engine comes mated to a 7-speed AT (torque converter) and customers have to choose between a AWD setup or a FWD setup. In India, the Alturas G4 faces competition with the likes of Toyota Fortuner and Ford Endeavour. The upcoming MG Gloster too will become an indirect rival to the Alturas G4.

Presently, Mahindra’s South Korean subsidiary, SsangYong hasn’t been doing well. There have been multiple reports which have confirmed that Mahindra intends to reduce its stake in SsangYong and we might see some other international OEMs like Ford/Renault-Samsung taking up a part of SsangYong’s stake.