Mahindra has introduced the new Alturas G4 premium SUV in India. This is the costliest car Mahindra has ever sold in India. To further augment its exclusivity, the new Alturas SUV is being sold via World of SUVs; a new segment inside their existing dealership which is specially developed to cater to premium customers.

Mahindra is calling the Alturas as Royalty Redefined. And in order to meet that tagline, they claim to have redefined the dealership experience as well. Mahindra has also introduced ‘Purple Club+’, an exclusive loyalty program wherein customers can earn and redeem points based on engagements with the brand. 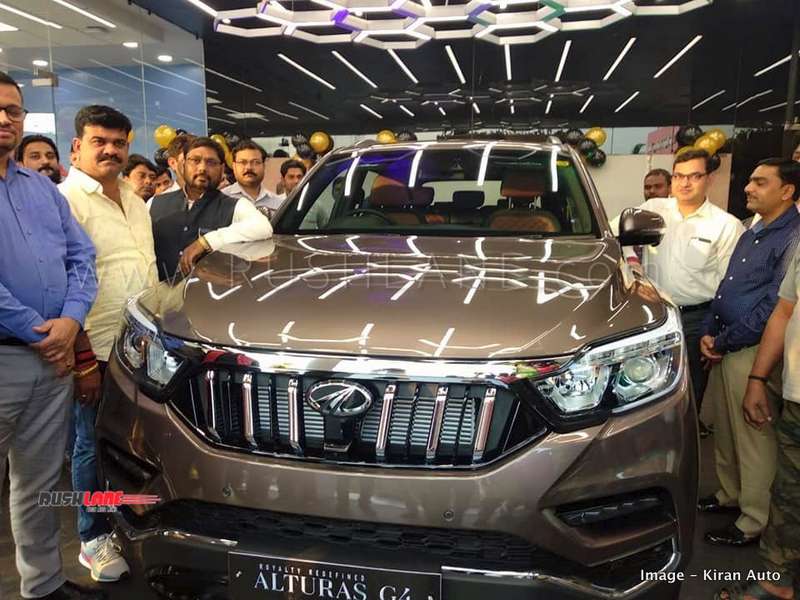 Mahindra Alturas G4 is positioned above the XUV500. It is bring brought into the country via the CKD route and is being assembled at the company plant near Chakan, Pune. Presented in two variants – the G2 with 2WD and fully loaded G4 with 4WD. It gets color schemes of New Pearl White, Napoli Black, Lakeside Brown, and Dsat Silver. Its exteriors are noted with a vertical slat grille design, projector headlamps with LED DRLs and LED fog lamps. Its wheel arches are heavily accentuated while bulging creases are seen across its bonnet.

Interiors of the Alturas G4 spell first in class comfort with state of the art technology and the latest in safety features. The two tone interiors get quilted Nappa leather upholstery on seats. The seats are seen with memory function while steering wheel is wrapped in leather. At the Mahindra’s ‘World of SUVs’ dealerships, you will get exclusive Relationship Managers explaining the car to you. Watch the video where one such manager is explaining the car and its features.

Mahindra Alturas gets its power via a 2.2 liter diesel engine offering 178 bhp power at 4,000 rpm and 420 Nm torque at 1,600-2,600 rpm mated to a 7 speed automatic transmission. The engine is EURO 6 ready and there will be no petrol variant or manual transmission on offer. The new Alturas will compete with the Toyota Fortuner, Isuzu MU-X in the Rs. 30 lakh plus price range. It will also take on the Skoda Kodiaq, Hyundai Santa Fe, Honda CR-V and VW Tiguan in the luxury SUV segment.