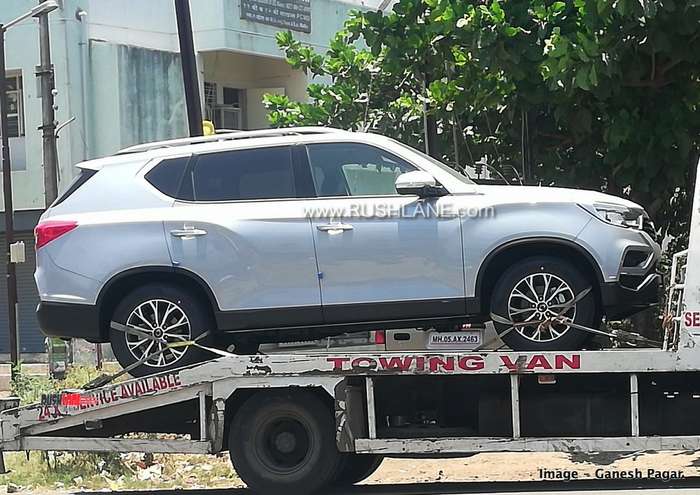 Mahindra had launched the Alturas G4 last year and the premium SUV has been doing decent, if not exceptionally great. The SUV has continuously managed sales in the range of 300-400 units while the segment leader, the Toyota Fortuner sells around 1,500-2,000 units monthly. The Alturas provides a good value proposition for customers as it provides a ton of creature-comfort features at a relatively competitive price.

Recently, couple of units of the SUV were captured sporting new alloy wheel designs. Both the units were spotted while they were entering Mahindra’s Nashik plant, which also produces the Scorpio and XUV300. The alloys feature SsangYong logo. It is expected to be replaced by Mahindra logo. The spy shots were clicked by automotive enthusiast Ganesh Pagar.

Mid-2019 would certainly be way too early for a facelift but Mahindra might plan to introduce this new alloy wheel design in the near future. If you were to ask us, we would say that these new multi-spoked diamond-cut alloys look way better than the conventional alloys which are currently offered by Mahindra. 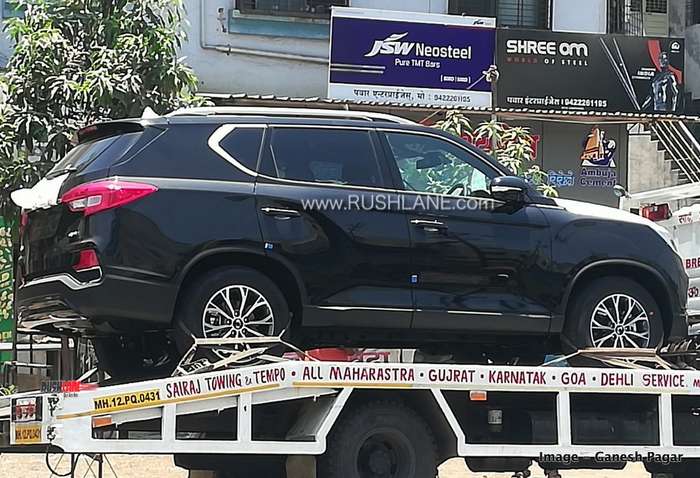 Talking about the Alturas, it happens to be a rebadged version of the all new gen SsangYong Rexton. Apart from carrying Mahindra’s moniker, it also includes subtle styling changes like the typical Mahindra grille. Currently, Mahindra offers the Alturas only with a diesel engine option and it comes in 4WD and 2WD options. However considering the upcoming regulatory norms, it is expected that Mahindra might include a petrol motor in the line-up as well.

As far as competition is concerned, major competitors of the Alturas are the Toyota Fortuner and Ford Endeavour, both of which sell around 1,500-2,000 and 500 units per month, respectively. Additional competition comes in from the Hyundai Tuscon & Honda CRV which sell around 100 units a month (each) and Volkswagen Tiguan which usually has sales in 2 digits every month.