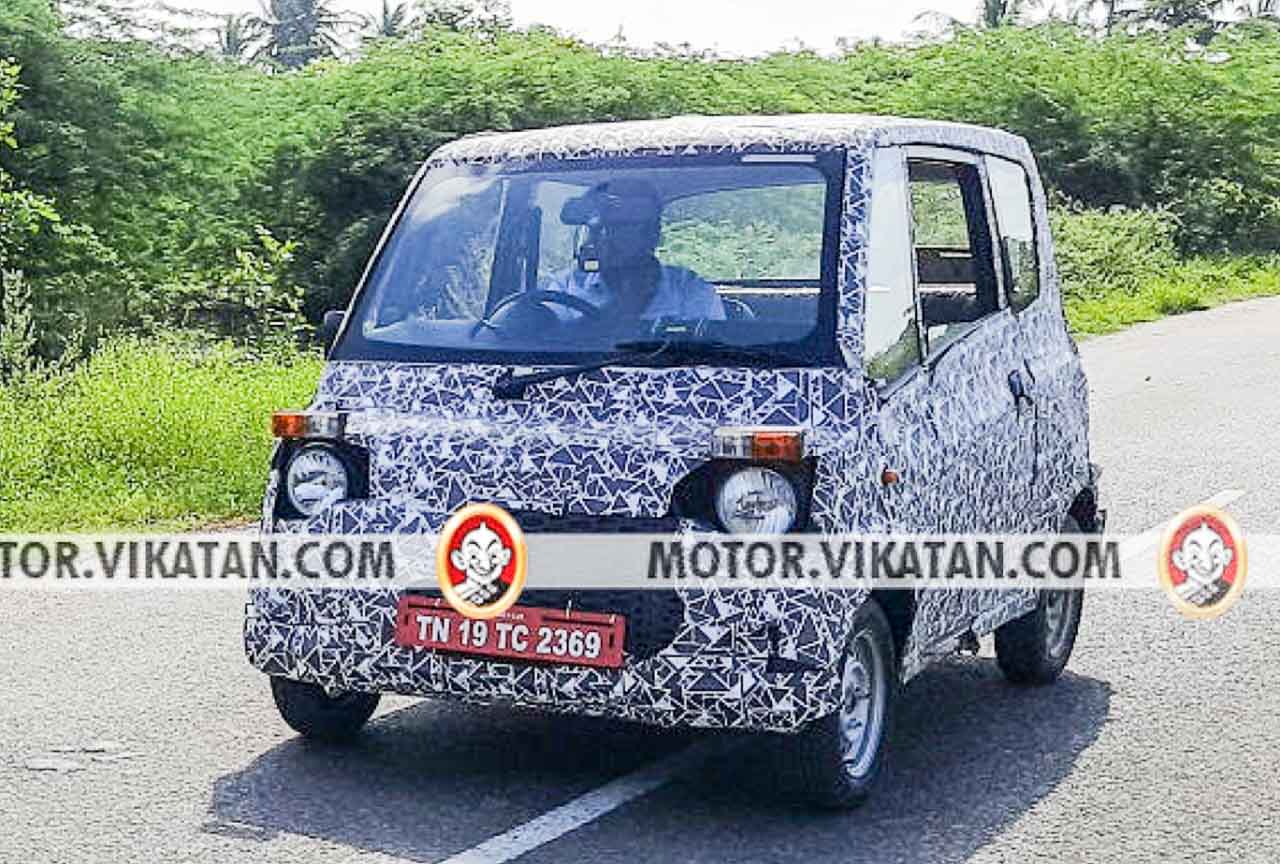 Showcased as a concept at the 2018 Auto Expo, Mahindra is now getting ready to showcase the production spec Atom electric quadricycle at 2020 Auto Expo next month.

Just a few days after confirming the launch of its first quadricycle, the Mahindra Atom EV, a camouflaged prototype has been spotted testing near Chennai. The Atom was showcased in the form of a well-equipped upmarket last-mile connectivity concept at the 2018 Auto Expo. 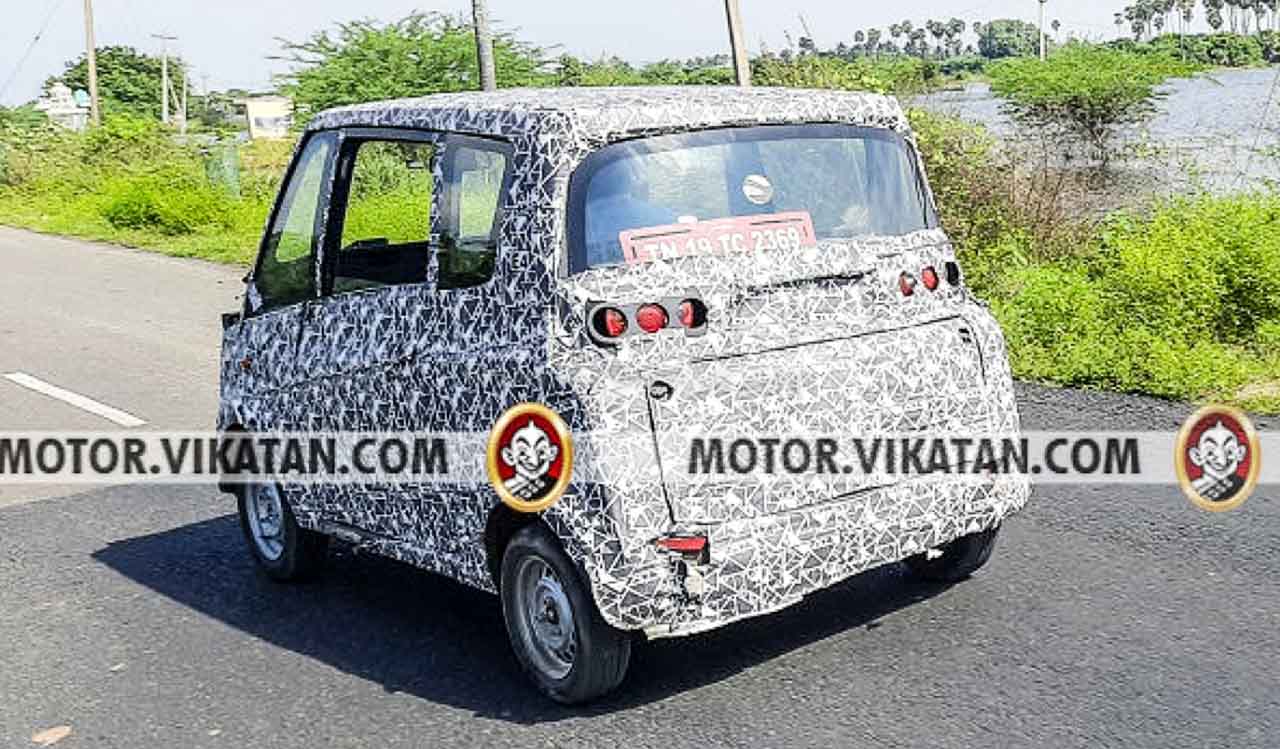 The production version of the Mahindra Atom electric quadricycle is confirmed to be unveiled at the Auto Expo 2020 which is set to commence on February 5. Going by the test mule, the basic shape and quirky styling have been retained but premium bits like LED headlamps and taillights, swanky interiors with touchscreen infotainment system, HVAC unit, etc are likely to be watered down.

The Atom electric’s primary customer base is operators of last-mile transport and they prioritize total operating economy over anything else. It remains to be seen if Mahindra will market an upmarket variant of the Atom with more creature comforts as a private mode of transport. The squarish design would offer adequate space for five occupants including the driver. 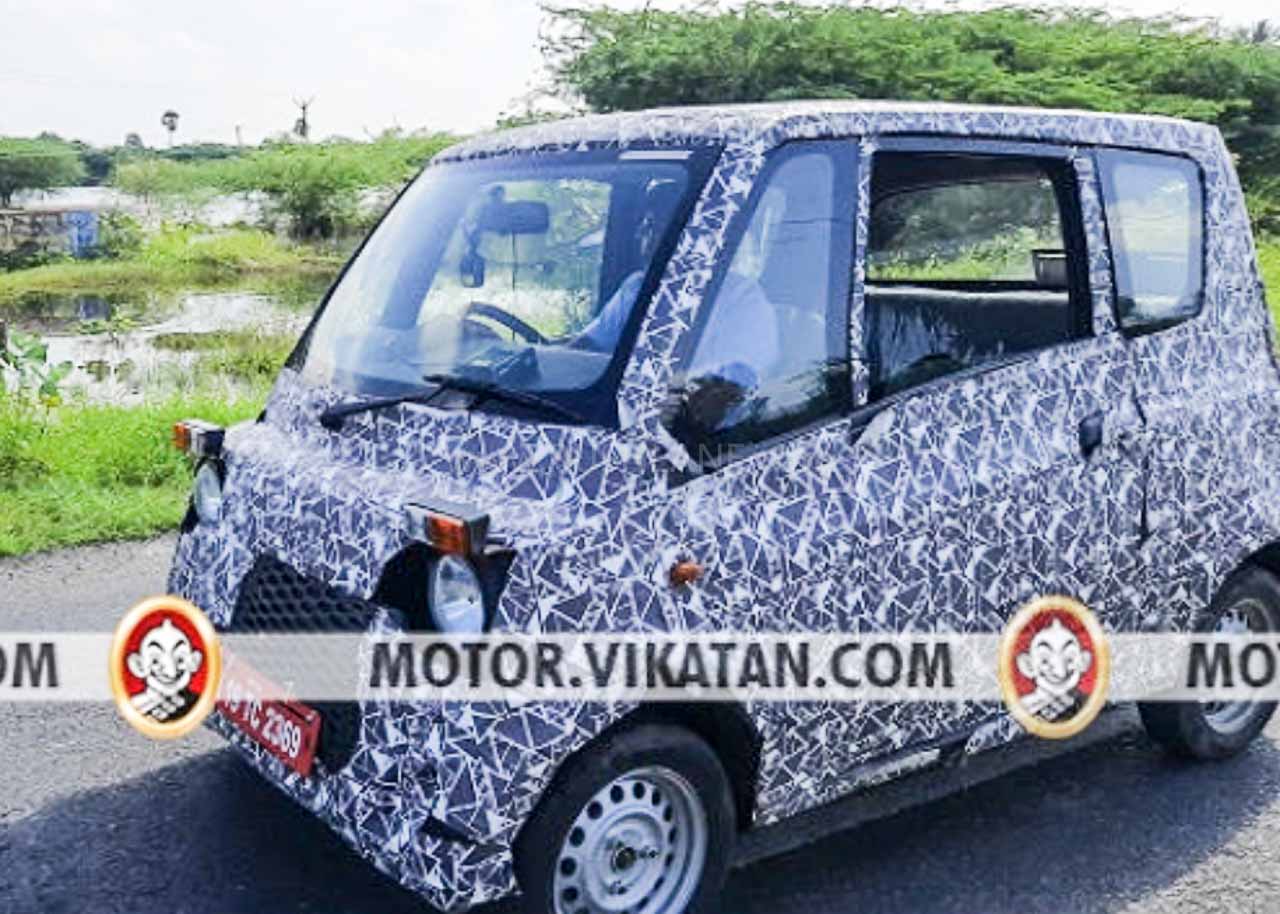 The Mahindra Atom is expected to comply with the quadricycle regulations regarding the top-speed limit of 70 kmph. Reports suggest that the urban runabout would be powered by a 15 kW electric motor. A lithium-ion battery pack would be the source of electricity. The concept featured a rear-mounted swappable battery pack for minimized downtime and it looks like the production version has inherited this feature. Further details are scarce as of now.

The Mahindra Atom electric quadricycle will be manufactured at the automaker’s EV plant in Bangalore which has received investment for a new assembly plant. For now, the petrol-only Bajaj Qute will be the Atom’s sole rival. Bajaj is also reportedly developing an electric variant of its quadricycle.