Mahindra Atom will be launched as a last mile connectivity solution. Production ready variant will debut at 2020 Auto Expo.

Ahead of the Auto Expo, Mahindra had recently teased the Atom in a short teaser. The Atom is a first of its kind electric quadricycle which the Indian OEM plans to launch sometime later in 2020 (Q3 most probably). While the Atom had debuted in its concept form at the 2018 Auto Expo, it will be revealed in its production-ready form for the first time at the 2020 Expo.

Just few days before the Expo, a test mule of the Atom was spotted while it was on test in Chennai by YouTube channel Lemon Green Studios. The Atom looks like a typical quadricycle and has retained its boxy structure from the concept which was showcased 2 years ago. Post launch, the Atom will become the second quadricycle in the country, the first one being the Bajaj Qute, which is currently petrol powered. But Bajaj too is working on Qute EV, as the same has been spied on test with the badge QCAR EV. 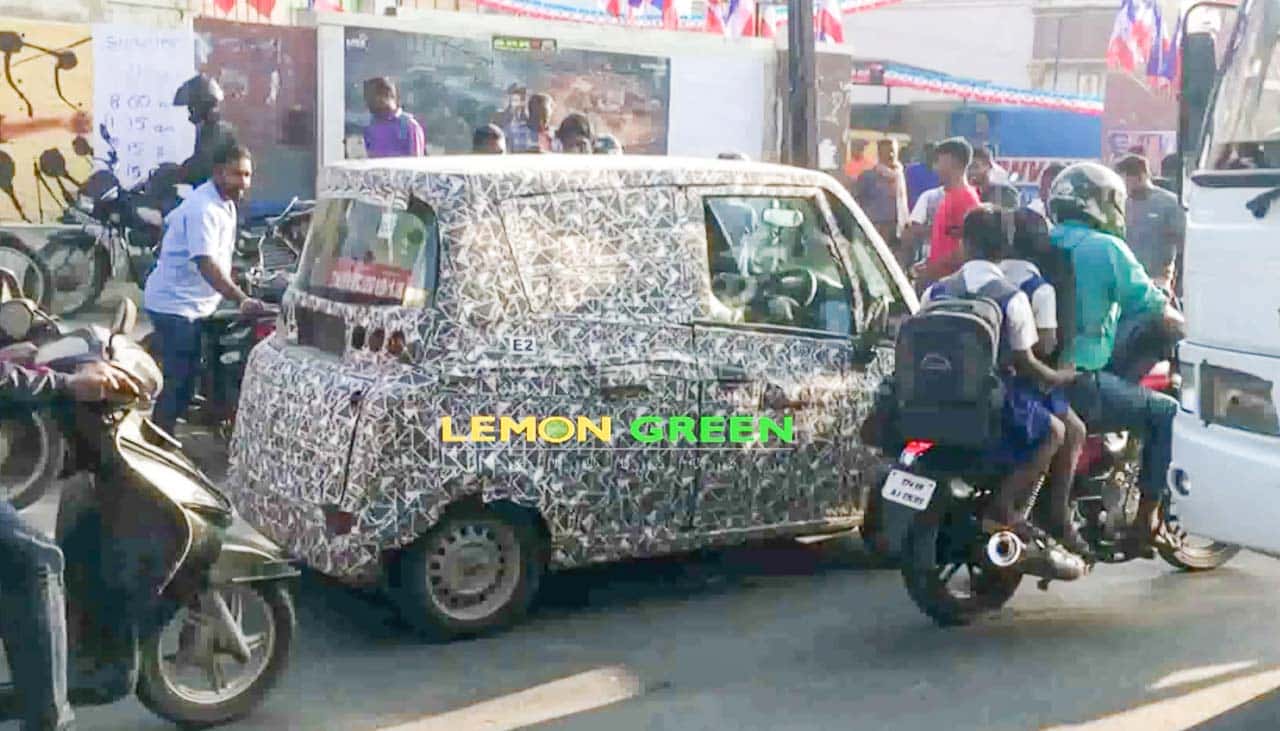 Mahindra Atom is expected to come along with a rear-mounted swappable battery which will reduce downtime considerably. The Atom will be drawing power from a 48kW electric motor which will be dishing out nothing more than 20 hp. The setup will mostly have a top-speed limited to 70 kmph. Production of the Quadricycle will take place at Mahindra’s Bangalore facility, which it earlier used for manufacturing of cars like E2O & E2O+.

Looking at the size of the vehicle, we believe that it will be able to seat probably 3-4 passengers. More details regarding the Atom will surface on 5th February, once it is unveiled formally by Mahindra. Apart from Atom, Mahindra will be having a large display of EVs at the 2020 Auto Expo. These would include vehicles like the electric versions of the KUV100, XUV300 and possibly a concept version of the electric XUV500. Additionally, the Mumbai-based OEM is expected to showcase multiple other concepts which it would want to bring in the market in the upcoming years.

While, Mahindra was clearly the pioneer in Indian EV space (after it bought Reva), it has failed to keep up with global players like Hyundai and MG Motors, or even home-grown competitor like Tata Motors. Products like the Kona/ZS EV/Nexon Electric are way more sensible (with longer range & space) than the offerings from Mahindra electric (past or present). We are hopeful that Mahindra will be bringing in more reliable EVs in the market soon.