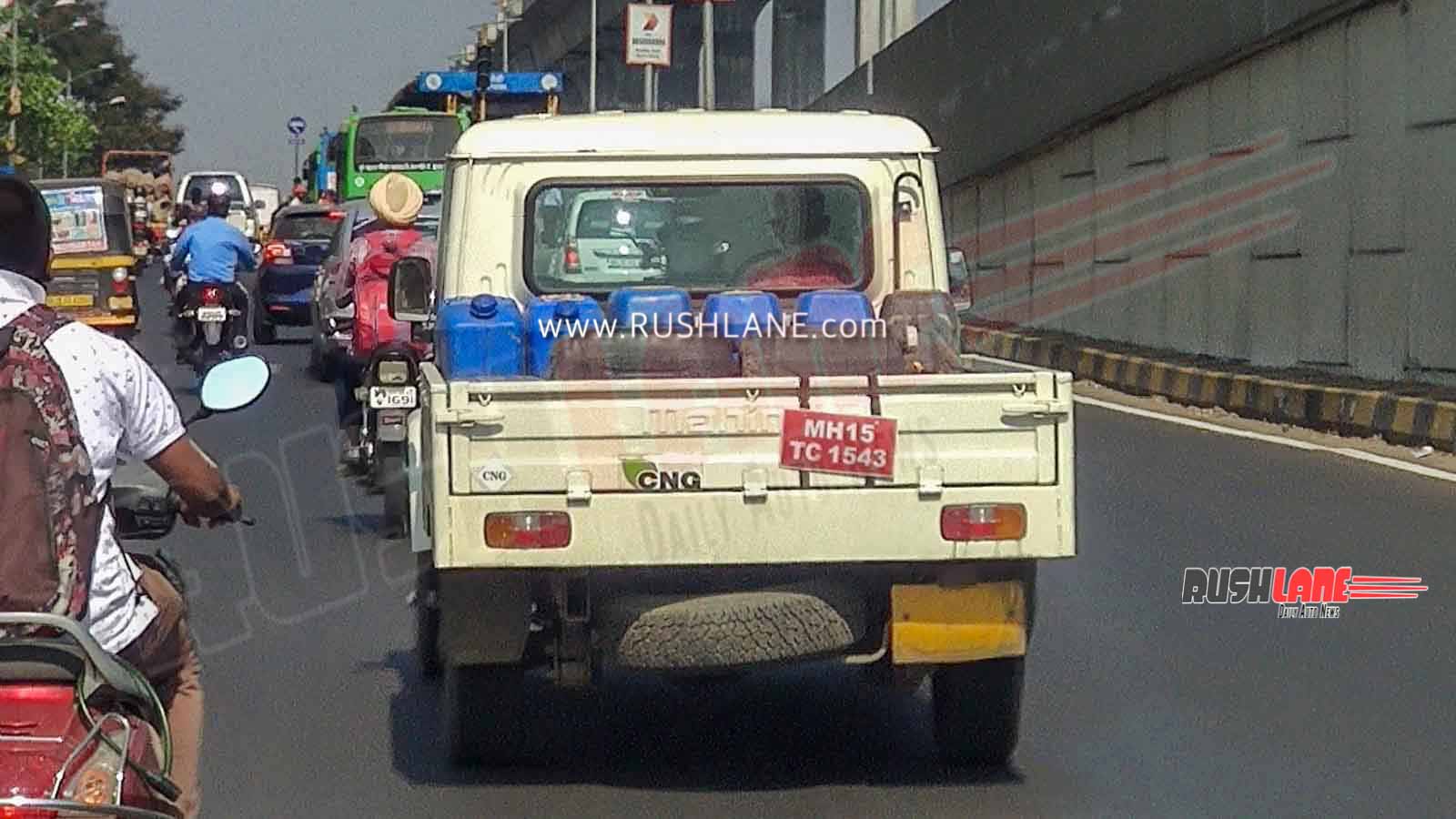 The Mahindra pick-up trucks that were spotted wore temporary registration plates and a code on the sides (giving away the fact that they were test mules rather than customer vehicles). Images are credit to automotive enthusiast Chaitanya Pise.

CNG or Compressed Natural Gas is a popular alternative to the likes of petrol or diesel vehicles and boast of lesser combustion by-products. This essentially means that emissions from CNG vehicles are much cleaner than that of conventional Internal Combustion Engine (ICE) vehicles.

Furthermore, with just a few modifications on the engine design (especially in the case of petrol engines), any existing vehicle can be converted to a CNG model. This is also the reason why certain affordable passenger cars on the Indian market have a CNG variant based on their existing petrol engines. 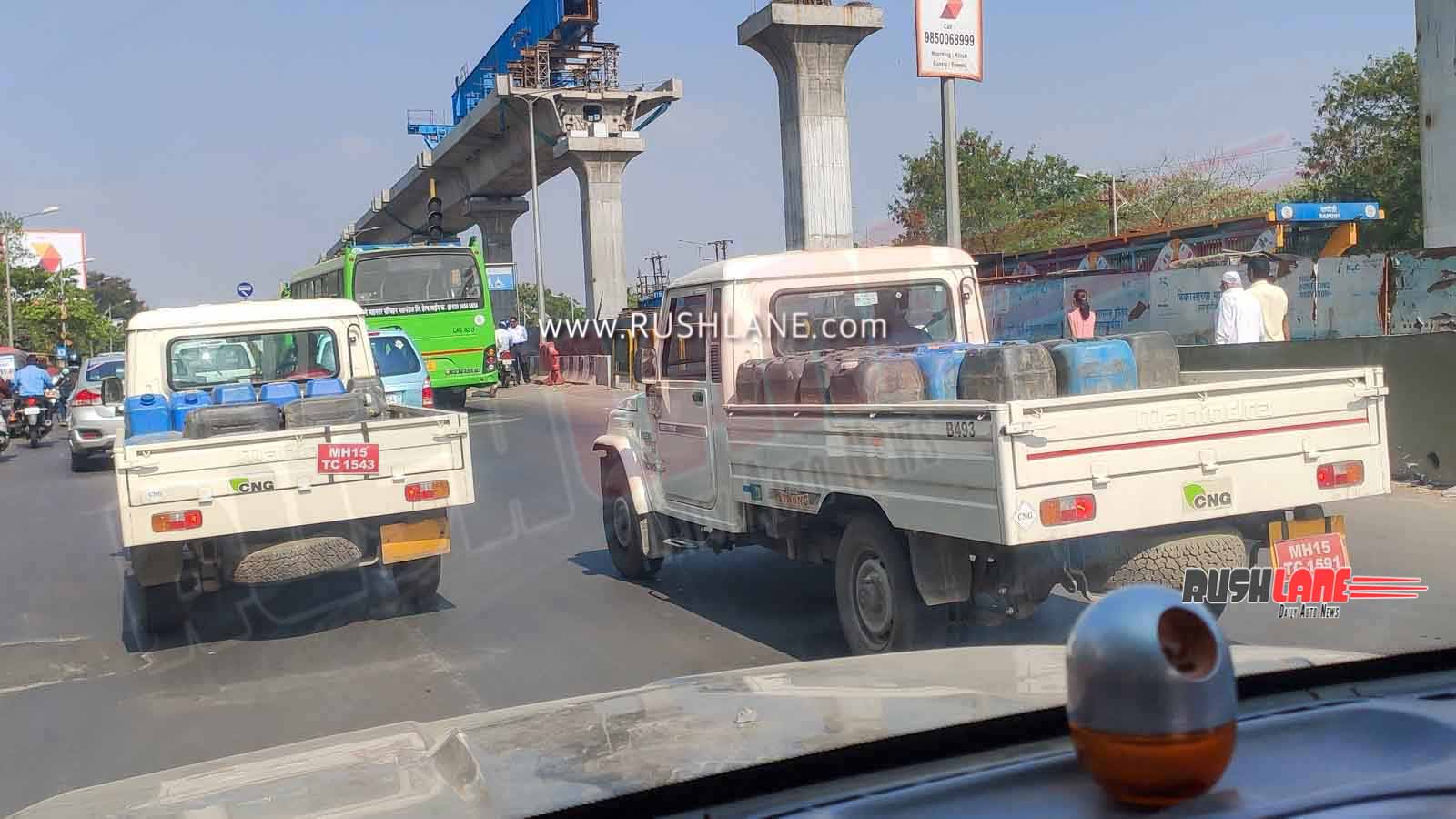 The advantages of a CNG power plant include lower running costs and cleaner emissions, but in most cases (especially for passenger cars) come at the cost of slightly lower performance. In some small cars, CNG fuel tank may eat up the rear luggage compartment. However, in commercial vehicles such as the Mahindra pick-up, this may not be a concern.

The Mahindra Bolero pick-up range is one of the best-selling models in its segment today. Its highly utilitarian characteristics have made it one of the popular choices in both rural as well as urban markets. In fact, the Mahindra pick-up truck range hit its 15 lakh sales milestone just a few months back.

Besides offering class-leading value for money, the Mahindra pick-up range is highly customisable to cater to almost every transportation need. The drivetrain choices include rear-wheel-drive as well as four-wheel-drive in some models. 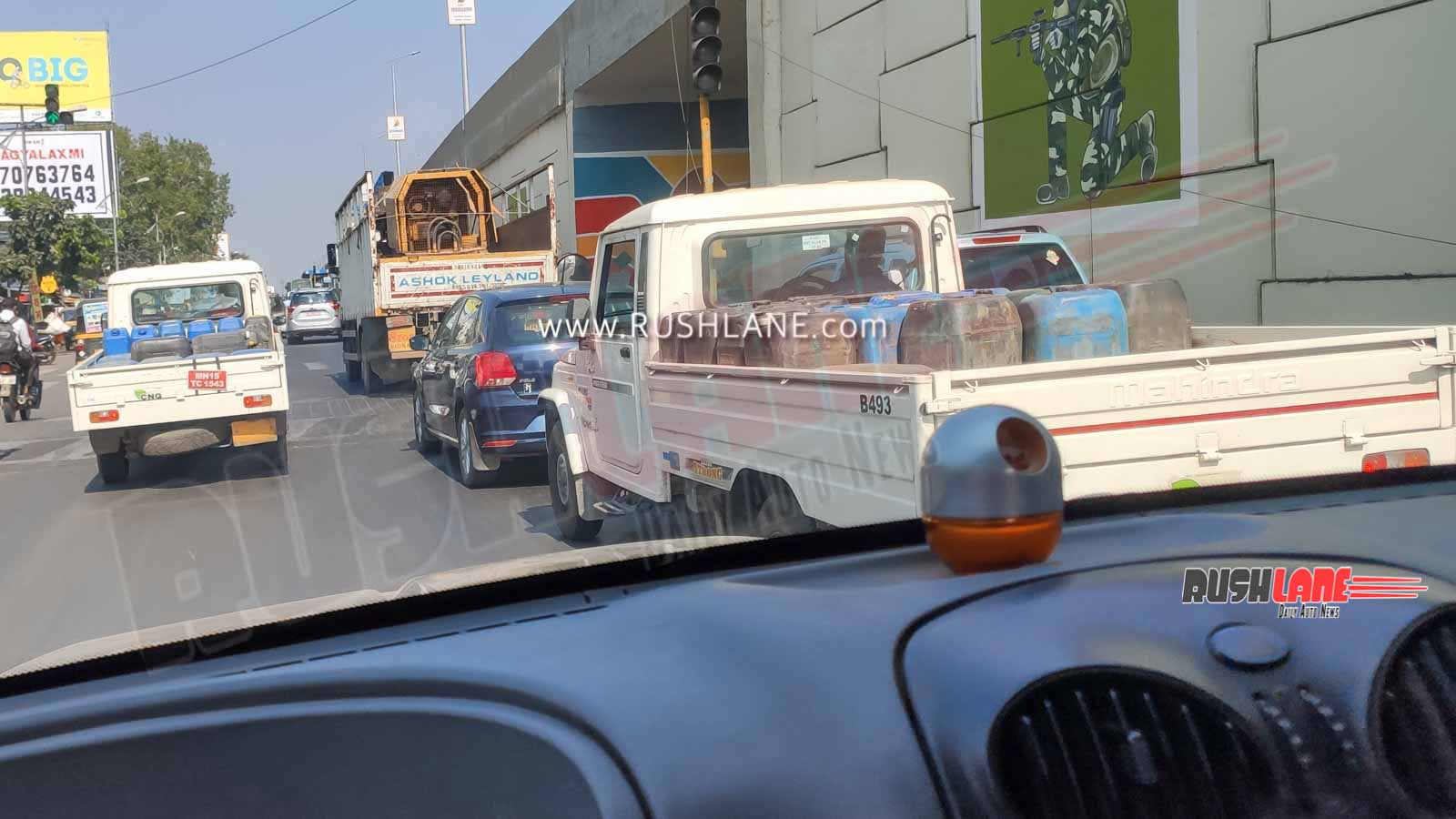 At present, the Mahindra Bolero pick-up is available in four models: Pik-Up, Maxi Truck and Camper; each suiting to a different industrial, supplier or agricultural need. The range-topping Bolero Pik-Up can be bought in an Extra Strong or Extra Long format; both of which are available in flatbed or CBC formats. The Mahindra Bolero Camper is more of an affordable lifestyle pick-up truck.

Mahindra is yet to officially introduce its BS6-compliant pickup range on the Indian market. In the current BS4 format, the Pik-Up Extra Strong makes 63bhp and 195Nm from its 2.5-litre four-cylinder engine while the Extra Long variant is good for 70bhp and 200Nm using the same power plant. As expected, these figures might see a slight variation once the BS6 models roll out. In CNG avatar, the Mahindra Pik-Up models showcase similar performance numbers.

The BS6-compliant Mahinda Pik-Up range is expected to come at a starting price of around Rs 7 lakh ex-showroom.