Mahindra Bolero Modified Into A Rescue Unit – Made For Saving Lives 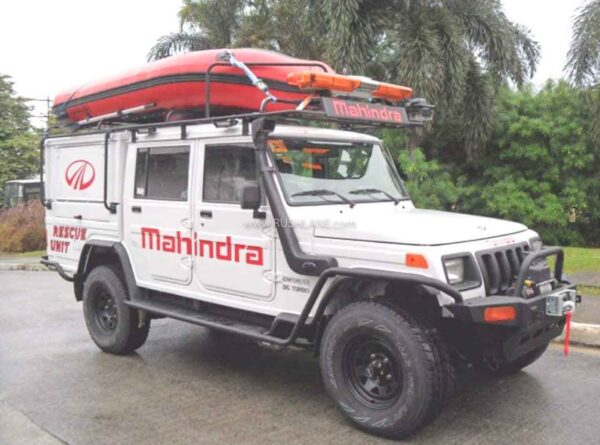 Mahindra as a company has largely been known for its philanthropic ideas and contribution to society. The heart of the company’s approach has been its Chairman, Anand Mahindra, who has always been willing to promote ground-level technology through his firm. Mahindra has developed a rescue vehicle based on the Bolero Camper- the pick-up truck version of the famous MUV.

Mahindra retails a number of pick-ups based on Bolero, however, the one in these images shows a twin layout carbon which suggests it is based on the Camper. Since it has been redesigned as a rescue vehicle, it is bound to get a host of additions to its equipment list. 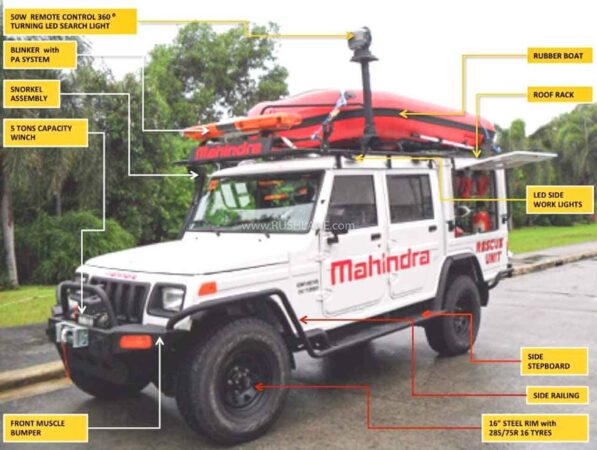 At front, it gets a blacked-out muscle bumper with grab rails and a 5-ton capacity winch. It gets a snorkel on the side in case it has to plunge into some waters. 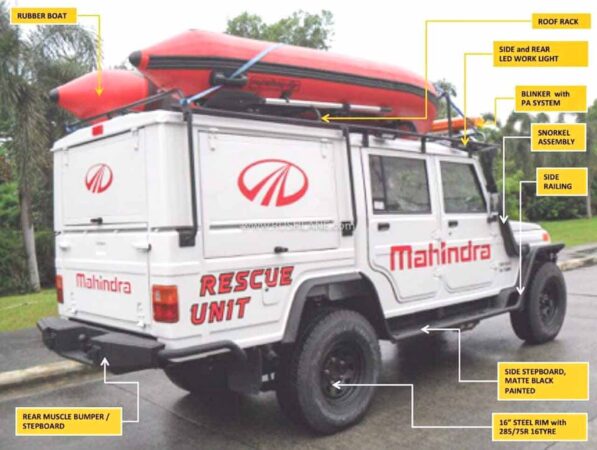 On the rooftop, it gets a rack that is equipped with a blinker with PA system and a 50 Watt remote control 360-degree turning LED searchlight. The roof rack also holds a rubber boat in case of massive flooding. The sidestep is more prominent which has been integrated into a frame extending from the front bumper. It gets standard 16-inch steel rims with 285/75 section of tyres. 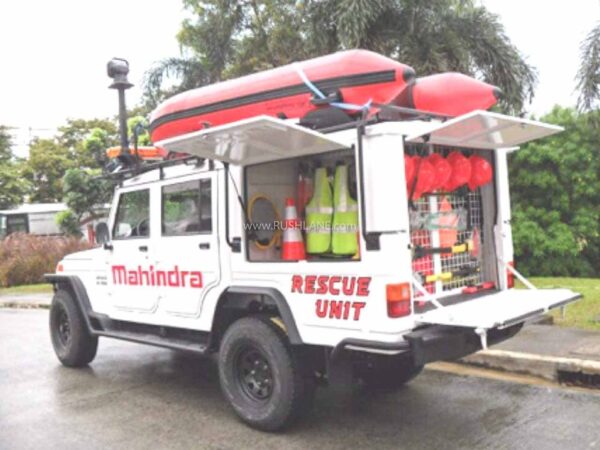 The interior is loaded with life-saving equipment such as a fire extinguisher, drinking water, helmets, foldable stretchers and reflectorized vests. It is also equipped with a disaster management kit which includes gasoline and diesel containers, a hack saw, flashlights, a fuel-powered chainsaw, a spring-loaded centre punch, first aid kit, air pump for the rubber boat and much more. 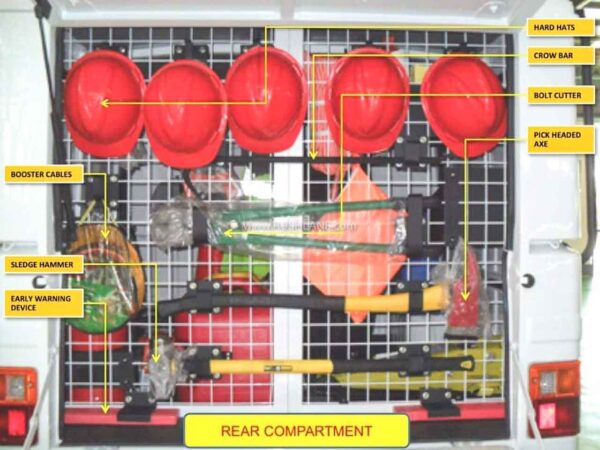 It also gets mandatory components such as a spare wheel, hydraulic jack, traffic cones, etc. Mahindra has painted its name on the side of the cabin exterior along with ‘RESCUE UNIT’ mentioned in bold red across the rear panel. 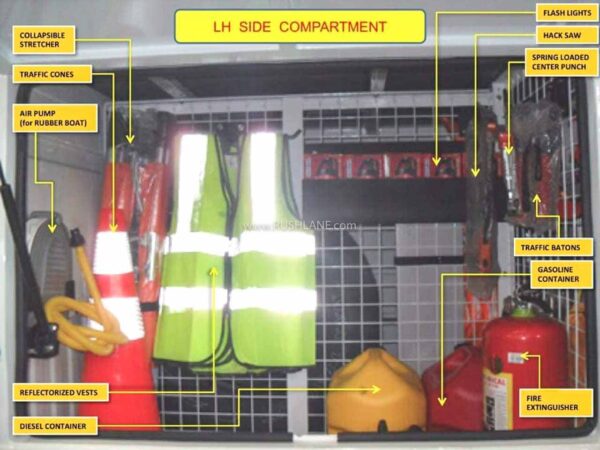 Engine options are expected to remain the same as that offered in stock Bolero Camper. This means it will draw its power from a 2.5-litre 4-cylinder diesel engine which churns out 75 bhp at 3200rpm and 200 Nm of peak torque at 1400 – 2200 rpm. It is mated to a 5-speed gearbox that sends power to the rear wheels. It is also available with a 4WD configuration. 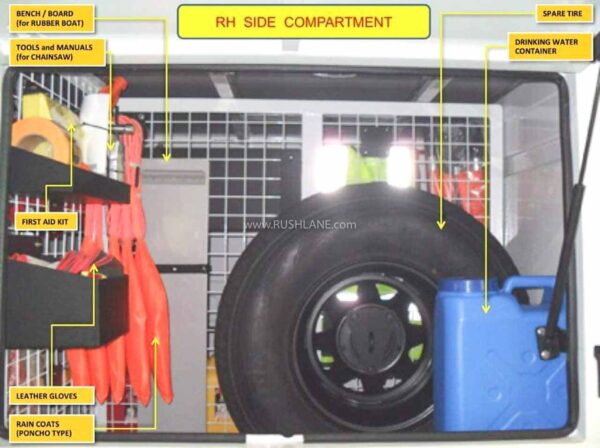 As of now, there are no official details regarding this, however, Mahindra can be expected to reveal some details about the same soon. Such vehicles could prove to be true assets in case of disaster management activities.