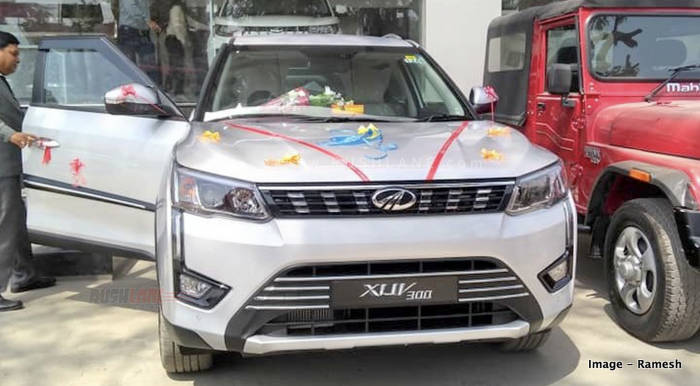 Mahindra & Mahindra, like most other OEMs, has registered a massive decline (YoY) in its monthly sales performance this September. The company’s auto sector clocked sales of 43,343 units last month compared to 55,022 units in September 2018, accounting for an overall decline of 21%.

When it comes to passenger vehicle sales (cars, vans and UVs) in the domestic market, the Indian automaker dispatched only 14,333 units in September 2019 as against 21,411 units during the same period last year. The difference stands at a massive 33%.

In the passenger car segment, it was the Bolero which featured on the no 1 spot, followed by Scorpio and the newly launched XUV300. XUV500 took the 4th spot, while TUV300 was on the 5th spot. This was followed by Marazzo, Thar, KUV100, Verito, Alturas and Xylo.

At 18,872 units, commercial vehicle sales dipped by 18% last month. The worst affected is the Medium and Heavy Commercial Vehicle (MHCV) segment which fell by a hefty 62% to 408 units. The only sub-segment where Mahindra’s automotive vertical managed to register positive growth is three wheelers (which has a small base to begin with). Mahindra managed to sell 7,487 units of three wheelers at a growth of 8%.

Coming to YTD (Year Till Date) sales performance, Mahindra & Mahindra’s automotive sector managed a tally of 25,1259 units (both domestic sales and exports) which is 14% less than what the automaker achieved during the first nine months last year.

Mahindra’s is currently in the process of testing its BS-VI lineup. The next big launch for the UV specialist will be the 2020 Mahindra XUV500 which is also undergoing tests. The new gen XUV500 is expected to sport fresh exterior styling, improved interior and underpinnings. The crossover will also receive an all-new 2.0-liter diesel engine.

Mahindra and Ford recently announced a JV through which the American automaker will hand over its manufacturing assets to its Indian partner. The combined entity would be developing products together (for both Mahindra and Ford brands) and explore several synergies including Mahindra tapping Ford’s global distribution network to boost its export operations.

Sales in October and November are expected to be better than the preceding months owing to the positive sentiments around the festive season. However, customers deciding to postpone their purchase decision until the new regulations kick in would continue to be a challenge for the automakers. Several manufacturers have started offering aggressive discounts on their product lineup in a bid to clear out the mounting stock. So, if you are fine with a BS-IV vehicle, the next few months are ideal to get a bargain.