While several automakers are planning to cut down the number of diesel engines in their portfolio as their response to the upcoming BS-VI emissions, UV specialist Mahindra & Mahindra has revealed that it will retain all of its oil burners but one.

The 1.2-liter three-cylinder engine that powers the KUV100 will face the axe owing to poor demand. The remaining 7 diesel engines will receive significant updates to pass from BS-IV to much stricter BS-VI standards.

The new emission regulation which is set to be enforced from April 2020 demands more from diesel engines than petrol units. The diesel motors will have to reduce NOx emissions by 68% and particulate matter emissions by 82%. Naturally, this means drastic changes to the current powerplants. 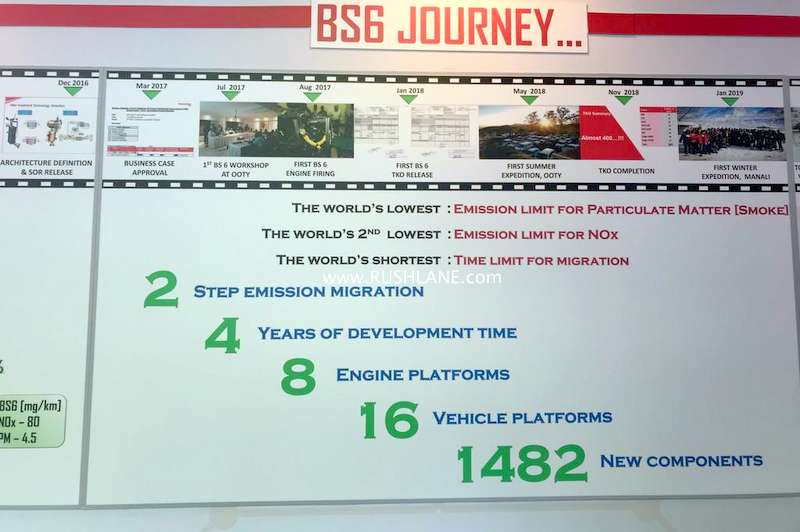 Mahindra has spent INR 1,000 crore in updating their engine lineup to BS-VI regulations. The company has said that the prototype fleet comprising 136 vehicles of different models has clocked a total of 69 lakh km during testing. In the process of making its engines cleaner, Mahindra has filed for 30 patents and introduced as many as 1,482 new components across its portfolio.

The 600 cc and 900 cc diesel engines which are used by the company’s LCV range (Jeeto and Supro) will be equipped with Lean NOx Trap (LNT) which is relatively cheaper when compared to Selective Catalytic Reduction (SCR) technique. Mahindra will also bolt on turbochargers on these two motors (although the naturally aspirated version of the 900 cc motor will be retained.

Mahindra has not one but three 1.5-liter diesel engines and all of them will make the cut. The three-cylinder unit that does duty in the Bolero PowerPlus and TUV300, and the Renault-derived four-cylinder unit that powers the Verito will continue to soldier on contrary to the general expectation. The most modern of the three units is the four-cylinder unit that propels the XUV300 and Marazzo. This unit will receive an SCR system with a Urea tank at the rear as well as Diesel Particulate Filter (DPF).

The 2.2-liter engine that is employed by the Scorpio and XUV500 will also get SCR and DPF to cut down emissions. The company has also decided to retain the oldest unit of the lot, the 2.5-liter four-cylinder motor which supports passenger-spec Bolero and its commercial derivatives.

Mahindra is also working on a brand new diesel engine which is called as Future. Further details of this motor are scarce as of now.