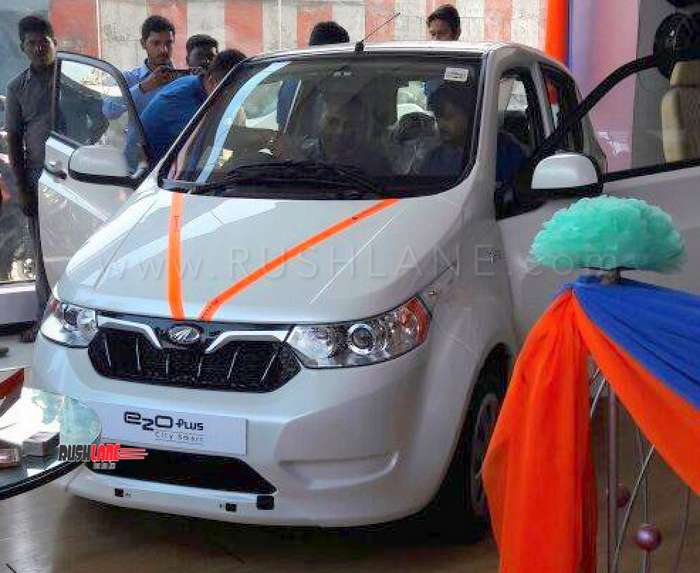 As per a report by Business Standard, production has been stopped due to low sales. The last e2o Plus produced at company plant was on 31st March 2019. Other reason behind discontinuing the e2o Plus could be that the company aims to utilize their production capacity to launch newer electric cars like eKUV100 and XUV300.

The e2o Plus could be charged via a 3 kW single phase 16 Amp socket in a matter of 7 hours 20 minutes while a 10 kW three phase 32 Amp charger could accomplish the same in 1 hour 35 minutes. There are many owners of Mahindra e2o and e2o Plus who continue to have great experience with the electric car. One of them is Mr Ranjan Ray. He became the first e2o owner last year, to have completed 1 lakh kms in his electric car. In doing so, he spent only Rs 70k on electricity, which is much lesser than what he would have spend on petrol / diesel fuel for driving similar no of kms. He has not changed his car’s battery, as it still in very good condition. Below is a detailed video about his experience with e2o.

The Mahindra e2o Plus was made in India, at the company plant in Karnataka. It was initially offered in P2, P4, P6 and P8 variants. While the P8 variant commanded the highest driving range of 140 kms, the P2, P4 and P6 offered 110 kms on a single charge. But last year, P2 and P8 variants were discontinued, and only P4 and P6 variants were on sale. Price ranged from Rs 7.5 lakhs to Rs 8.2 lakhs, ex-sh. End of the line for e2o means it is new lease of life for next gen electric cars from Mahindra stable.

The Mahindra e-KUV100, showcased at the 2018 Auto Expo is set to be launched later this year. It will share its powertrain with the eVerito and get a 2 phase AC induction 31kW electric motor coupled with a lithium ion battery. It could offer a range of 140 km and gets fast charging facility with charging upto 80 percent in 1 hour.

Mahindra e-KUV100 once launched will be the first all electric micro SUV in the country. It is expected to come in with new connectivity features such as remote diagnostics, cabin pre cooling, real time location tracking and will even monitor driver’s driving patterns and battery status.

Mahindra is also going to launch an electric XUV300 which is codenamed S210 as on date. It will be available in two variants – standard and long range. The XUV300 electric will make its way to the Indian market by 2020. It will have 380 volts, 200 km range with an option to increase range to 350-400 km.