As the COVID-19 pandemic encompasses the world, factories, offices, shops and malls all shut shop – Citizens have been advised to stay indoors and life itself has come to a standstill

In India, the confirmed cases of COVID-19 have surged to 324 on Sunday after a steep rise in cases over the past two days. The state of Maharashtra seems to be the most hit where this pandemic is concerned. To date there have been over 64 cases reported in the state while Pune and the twin cities of Pimpri and Chinchwad have been badly affected. There are several auto companies that have their plants centered around these areas and many have announced closure of operations and suspended production till 31st March 2020.

Fiat Chrysler India has their production unit in Ranjangaon in Maharashtra, where Jeep Compass is manufactured for India as well as exports. They have announced a temporary closure of operations and suspension of production to protect the health of their workers and their families. The company had been particularly careful of employee safety over the past few days with thermal screening, use of added buses so as to allow for social distancing and following the closure, the plant will be thoroughly cleaned and fumigated so as to ensure safety once production commences. 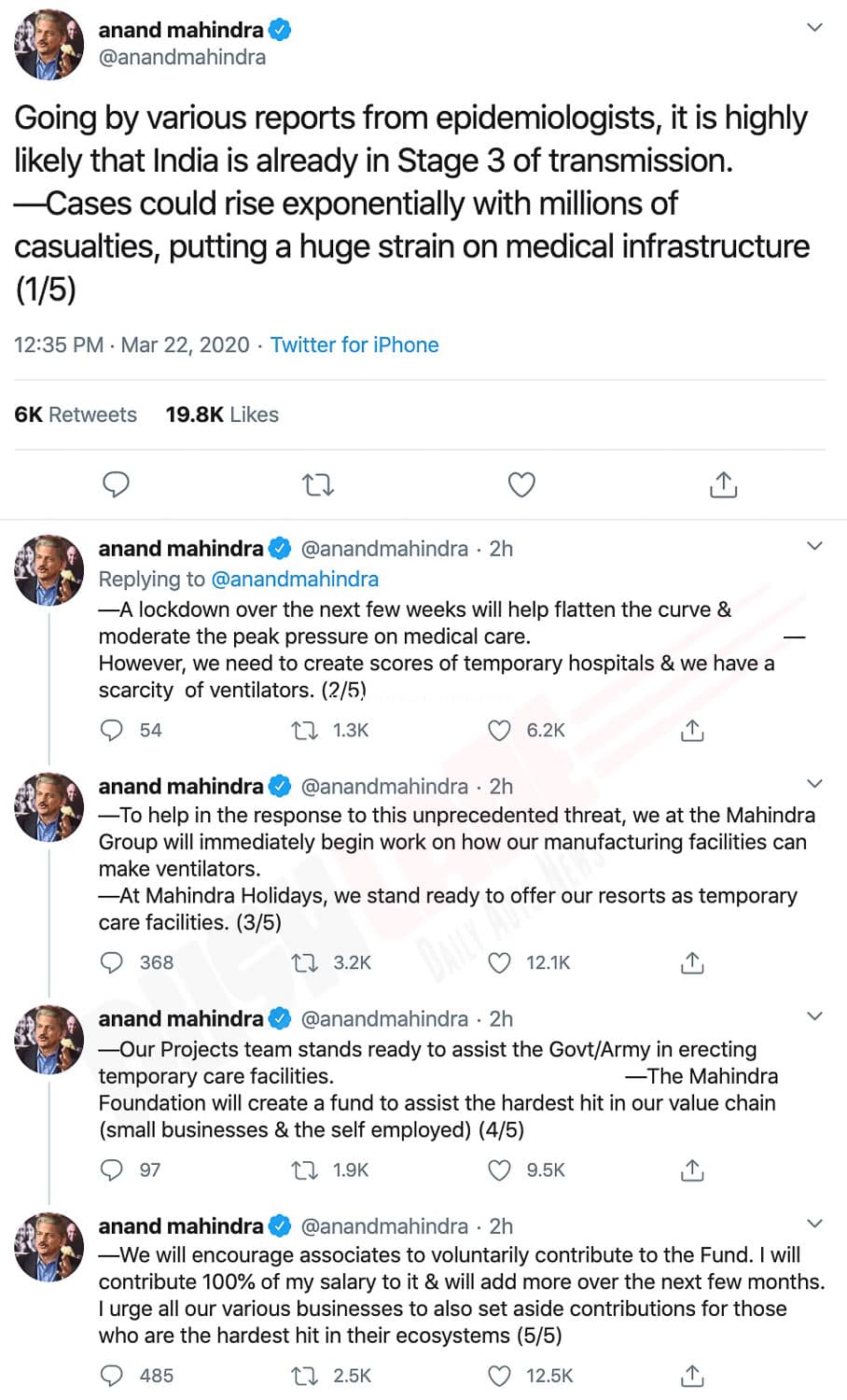 Along with Fiat, Mahindra has also decided to suspend operations at their Chakan, Kandivali and Nagpur plants. Production has been stopped from Sunday 22nd February 2020 till Tuesday 31st February 2020 to protect the well being of their employees. Offices across the country will be implementing work from home policy.

Luxury automaker Mercedes Benz India has also followed suit with production unit in Chakan being shut. The company’s administrative departments have also been shut and while this is for a period from 21st to 31st March, 2020, the period could be extended depending on the situation.

Volkswagen India has also been shut since the past few weeks, as the company was upgrading the plant for India 2.0 Project. Force Motors have shut production at their plant in Akurdi, Pune till 31st March. Construction equipment manufacturer, JCB has also shut down their Chakan plant. Tata Motors has also announced a temporary shutdown at their Pune plant. The company has scaled down activities at their Pune site with skeletal operations by end of Monday March 23, 2020 while they could go in for a complete plant closure on Tuesday 24th March depending on the situation.

Among the two wheeler makers in India, Bajaj Auto Limited has suspended production operations at their Chakan plant and had curbed all travel and has implemented the work from home policy since early March. Hero MotoCorp, does not have any production operations in Maharashtra, but has also announced on Sunday that it has suspended production at all its sites across the globe upto 31st March 2020 in order to safeguard its employees against COVID-19. None of the automotive companies have announced any retrenchment or cut back in salaries of their employees during this period.