Mahindra Ford JV formed – To be operational from 2020 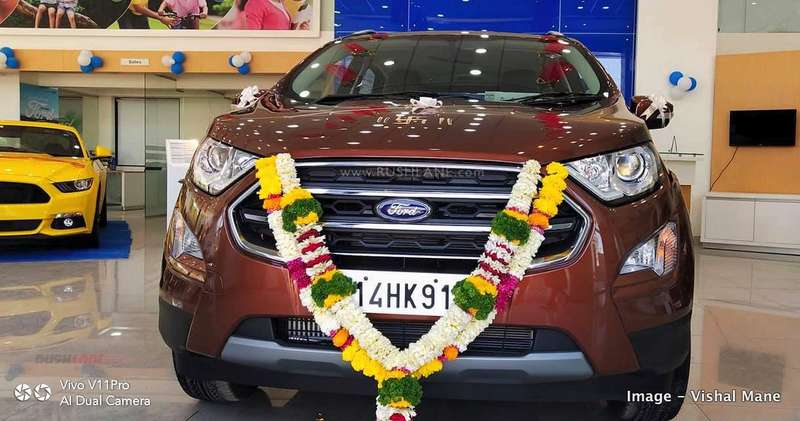 Ford and Mahindra & Mahindra announce JV worth $275 million. Ford is transferring its manufacturing and sales operations to the JV. Mahindra will have controlling stake in the JV. Ford is not transferring the battery plant in Sanand.

As per statistics, the Indian car market is on its way to become the third largest automarket in the world, however what one needs to realize is that it hasn’t been lucrative for all manufacturers who have ventured in it. After the complete exits of Fiat and GM, the next global automaker which is looking at reducing its stake in India is the US auto-giant, Ford.

In the last 2 decades, Ford has setup two plants in India, one in Chennai and the other in Sanand, Gujarat. While Ford has constantly utilized the plants for exporting vehicles outside the country, it still hasn’t been able to grab a significant market share in India.

Now, Ford is handing over a 51 percent stake in its Indian operations to Mahindra. For this setup, Ford will enter into a JV with Mahindra and provide Mahindra with a majority controlling stake. However, Ford will retain equal amount of representation at the Board and command an equal amount of voting rights in this new arrangement.

Mahindra will be buying its stake in the JV. The US carmaker transfers most of its Indian business to a new JV controlled and managed by local rival Mahindra. The JV will develop, market and sell vehicles. Ford owns 51 percent stake in the partnership.

M&M and Ford will launch 7 new products. This includes three new utility vehicles under Ford brand, starting with a new midsize SUV that shares a Mahindra product platform and powertrain. Following the C-SUV for both companies that will be produced by Mahindra, of the next two vehicles, 1 will be built on the B-platform. Both brands will not operate under a joint brand. Ford and Mahindra to continue selling cars through respective dealers.

Ford is realigning its Business Operations via this JV with Mahindra. Prior to the current development, both auto manufacturers had already been working on multiple projects since earlier this year. The collaboration wasn’t restricted to R&D alone, instead, it spread to functions like Sales & Distribution as well. Some Mahindra dealers had already started selling the EcoSport, especially in cities/towns where there was no dealership from Ford, a trial basis project in itself.

The last 2-3 years have been interesting for the Indian car market. While come global giants have left (for example GM & Fiat), others like Kia Motors & MG Motors have entered with a big bang! Now, the next new entrant which is scheduled to reach Indian shores is Great Wall Motors (from China).