The Pininfarina PF0, first product by the newly formed Automobili Pininfarina, is set to be the hypercar of hypercars. The company has released the next lot of teasers and has confirmed that the PF0 will have a colossal power output of 1900 PS. That is 420 PS more than the Bugatti Chiron!

The Pininfarina PF0 is powered by an electric motor at each wheel with a combined torque output of 2,300 Nm. The electric powertrain which has been developed by Croatian supercar maker Rimac is capable of hitherto unheard performance figures from a production car.

The electric hypercar is reportedly capable of accelerating from rest to ton in under 2 seconds with 300 kmph coming up in less than 12 seconds! The top speed is estimated to be somewhere between 350 to 400 kmph. The Pininfarina PF0’s battery pack is reported to be 25% larger than the one used by Tesla Model S P100D.

The claimed range on a full charge is expected to exceed 300 miles (482 km) which is an impressive feat considering the performance on offer. With the help of an IONITY fast charger, the car’s battery can charge up to 80% in about 25-40 minutes. 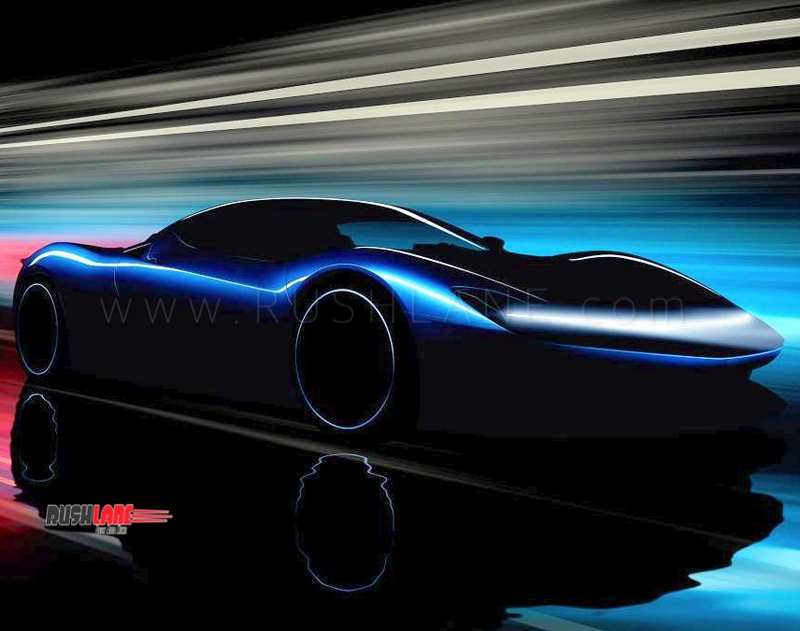 The electric hypercar from Automobili Pininfarina employs carbon fiber body and chassis to keep the weight in check. The machine will also sport active rear wing, specially developed Pirelli PZero tyres, and a host of premium features to justify its exclusivity. Speaking of exclusivity, Pininfarina will produce only 150 units of the PF0.

The Mahindra-funded hypercar brand which has its HQ in Munich will be acting as a client to Turin-based Pininfarina SpA which is responsible of engineering and production. Apart from the PF0, Automobili Pininfarina is also planning to come up with electric luxury SUVs in the future.

The Pininfarina PF0 has already been unveiled to private audience in the US and Europe. We expect all the 150 available units to be sold out at the time of public debut.