Mahindra Funster concept made its global debut today at the 2020 Auto Expo. This concept gives us a peak into the design of upcoming new gen XUV500.

The Mahindra Funster design concept, a topless crossover, has been unveiled at the ongoing Auto Expo 2020. While the UV specialist is not going to come up with a roadster crossover anytime soon, the Funster serves as a precursor to the company’s design language evolution.

The key exterior and interior styling elements are most likely to be seen on the eagerly anticipated next generation Mahindra XUV500 which is due for a debut later this year. Mahindra calls the Funster a sports electric vehicle which has a ‘play-for-fun’ character. 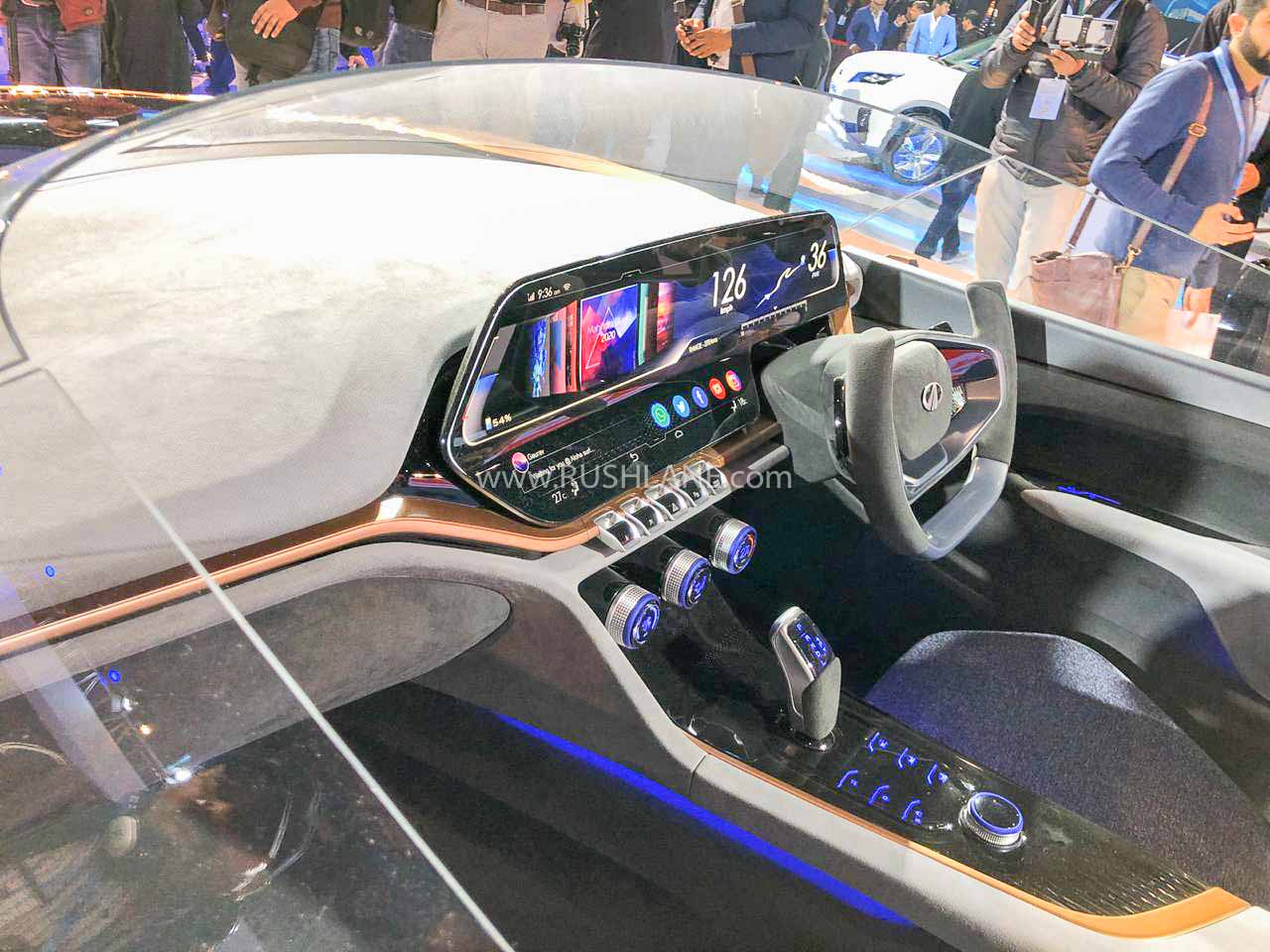 The four-seater sports what is set to become Mahindra’s new lighting signature with an inverted L-shaped DRL and three-barrel LED headlamp elements. Being an electric vehicle, the Funster forgoes the traditional seven-slot grille but replaces it with a virtual element made of color-changing lights. The front fascia also gets large three-piece foglights and a sharp chin splitter carrying illuminated ‘Funster’ badge.

The frame-less windshield, muscular sheet metal design, finned alloy wheels and a massive LED taillight that runs across the width of the car round off the exterior styling highlights.

Inside, the Mahindra Funster concept features an upmarket dashboard which seems to have derived its inspiration from the Mercedes S-Class. The long center-console display doubles up as instrument console and there is no shortage of touch-sensitive surfaces. The center console too feels like something that would feel at home in a Mercedes cabin. The steering wheel, like the car itself, is topless. We expect the 2020 Mahindra XUV500 to adopt this dashboard design and layout albeit in a slightly watered down state.

The Mahindra Funster concept packs a high-end electric powertrain which comprises a motor at each axle to achieve e-AWD capability. The net output stands at 230 kW (310hp) which is good enough to propel the crossover to a top-speed of 200 kmph. 0-100 kmph comes in less than 5 seconds! The concept benefits from a 59.1 kWh battery pack (Mahindra didn’t specify the type but we think it is a li-ion unit) which offers a range of 520 km. The powertrain specs, just like the futuristic styling, highlight the automaker’s capability rather than hint at a product model.

In a nutshell, Mahindra is all geared up and ready for the technology battle that is going to ensue this decade.