Targeting an urban set of buyers who have to contend with parking problems, traffic congestion and pollution, Mahindra Genze claims to be the answer. Conceived in Silicon Valley and assembled at Ann Arbor, Michigan, the Mahindra GenZe 2.0 electric scooter is a part of the company’s green initiative. The scooter has now been spied in India by Performance Factory.

Mahindra GenZe 2.0 electric scooter is powered by a removable lithium-ion battery which can be recharged via a standard electric outlet. It comes in an innovative new design with a host of storage spaces. Weighing less than 232 pounds, Mahindra claims GenZe 2.0 offers better handling as compared to any motorized two-wheeler in the segment. 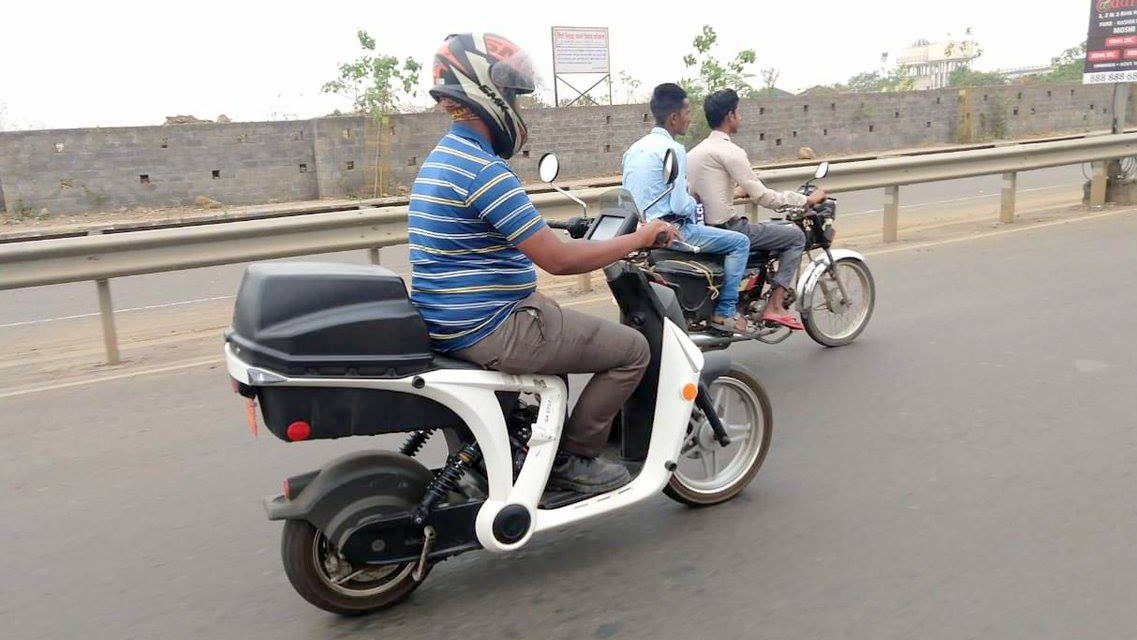 It is capable of attaining a top speed of 50 kmph. The battery pack with integrated charger weighs 31 pounds and offers a range of 30 miles with the ability to charge while on the go. Acceleration is quick while the electric scooter proves to be extra efficient in stop/go traffic conditions.

“The GenZe is conceived for students and urban commuters who are desperate to break free from congestion, tired of increasing gas prices, and the lack of convenient parking. With industry leading utility and connectivity features including the ability to charge anywhere on the go, the GenZe is the perfect lifestyle empowering vehicle for the American consumer.”, said Vish Palekar, CEO, Mahindra GenZe. 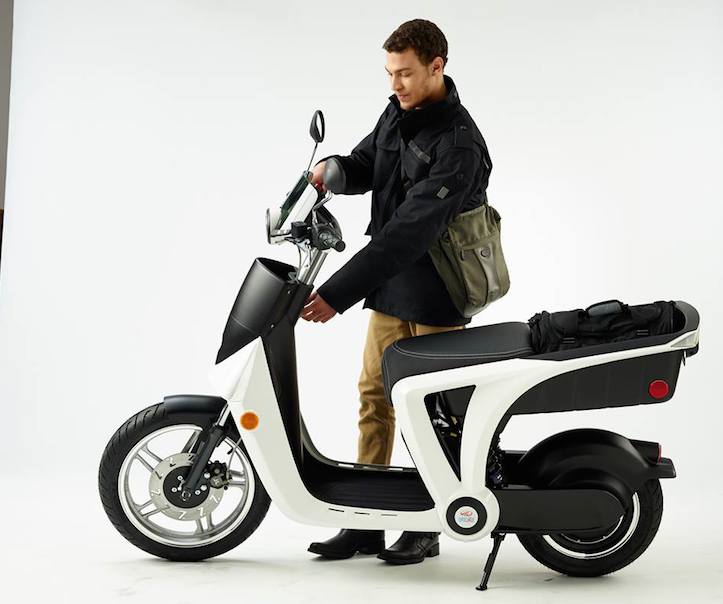 In an interview, Dr Pawan Goenka revealed that Mahindra has already started working on plans to export the Genze to more markets, and not only restrict it for the US. This implies that the scooter could be sold in India, but with a made in America tag.

Mahindra’s Ann Arbor facility to manufacture GenZe is currently capable of producing 9,000 vehicles per year, with potential to increase capacity to 20,000 units per year. With this kind of preparedness, Mahindra may soon establish a portfolio of electric vehicles aimed at markets worldwide. However, reception of GenZe electric scooter is vital to furthering the plans of export and expand. Word around suggests that price of Mahindra GenZe will be around $3,000 (Rs 1.8 lakh approx).