RUSHLANEDAILY AUTO NEWS
HomeCar NewsMahindra Inferno could be the name of XUV700 SUV - Launch on...

Showcased as the Y400 at 2018 Auto Expo, Mahindra will launch their new SUV, what was reportedly known as the XUV700 till now, as the INFERNO. There are multiple sources which indicate this. First is via a trademark company, which reveals that Mahindra registered the name Inferno earlier this year for a 4 wheel drive SUV. Around the same time, a twitter account by the name Mahindra Inferno has also been registered.

The twitter account of Mahindra Inferno also has Korean letters, which when translated to english via Google translate, means Style. It is also to be noted here that the XUV700 / Inferno SUV is a rebadged SsangYong Rexton. SsangYong is a Korean car maker which is owned by Mahindra. Also, there is a domain www.mahindrainferno.com which is registered by Mahindra. 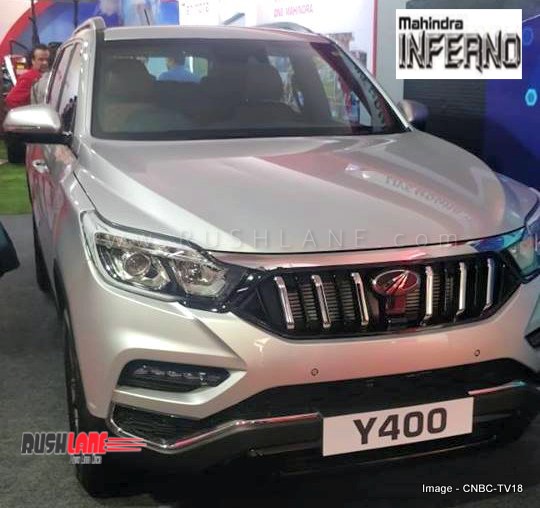 Mahindra Inferno will be the company’s flagship model upon launch. The premium SUV will receive LED projector lamps, LED DRLs, an electric sunroof, rain sensing wipers and massive flared wheel arches fitted giving the SUV an imposing stance. In terms of dimensions, the XUV700 which will be positioned on a body on frame chassis will measure 4,850mm in length, 1,960mm in width and 1,800mm in height. It will get a 2,865mm long wheelbase which could result in extensive cabin space.

Interiors of the Mahindra Inferno will also spell comfort and luxury with automatic climate controls, leather upholstery, steering mounted controls, rear AC vents, 10.1” screens for rear passengers and ambient lighting. Seating will be done up in leather while the 9.2” touchscreen infotainment system will support Apple CarPlay and Android Auto with Wi-Fi. 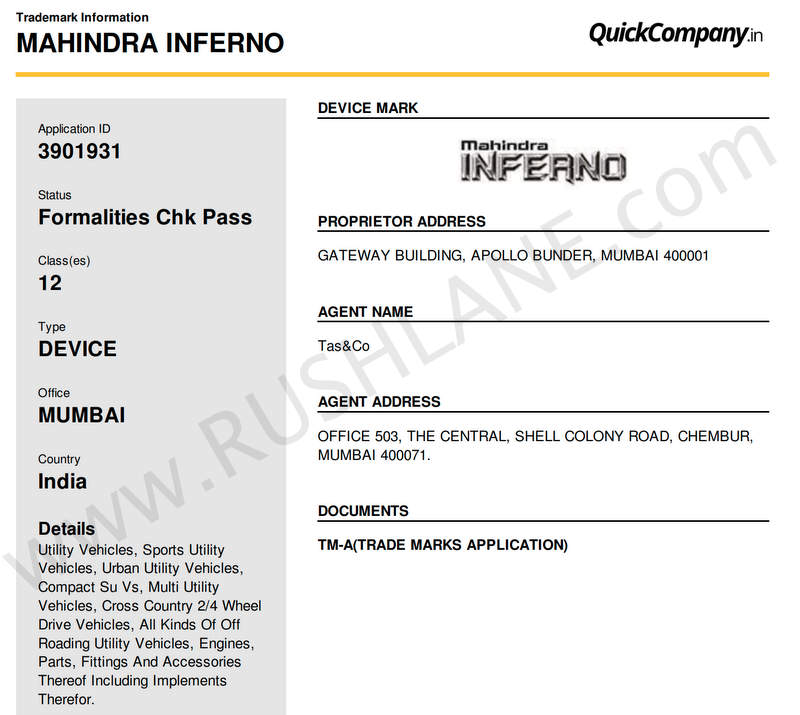 Engine specifications on the Mahindra Inferno could include a 2.2 liter turbo charged diesel engine offering 185 bhp power and 420 Nm torque mated to a 7 speed automatic transmission. Mileage should range between 11-15 kmpl. Set to be priced between Rs 20-25 lakhs, the Mahindra XUV will take on the Toyota Fortuner and other SUVs in a similar price bracket.