Sonam Wangchuk’s Himalayan Institute of Alternatives (HIAL), Ladakh is often in the news. Most times, these snippets help us rethink our approach in life and reconsider the scope of reuse.

Photos from HIAL through light to an all new recycling approach. Though not an idea that can be brought to scale, it does point to a situational solution. The set of photos show a Mahindra Jeep being used as a home rooftop. The eco-home has a mud base with the Jeep body serving as a continuation of the wall, and the rooftop having been left intact. Even the wheel’s haven’t been dismantled and are set into the walls. 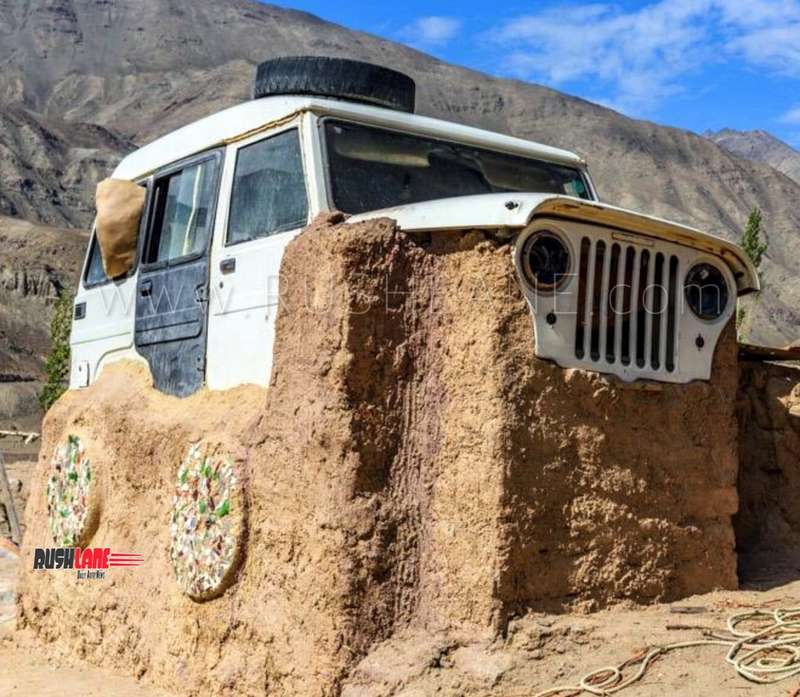 Mahindra Group Chairman, Anand Mahindra observes – ‘A way of life at the Institute, where nothing gets discarded.Well this will compete with our auto-shredding venture but it’s far more creative!’

For the most part excess has become a way of life, and that’s not even the biggest problem because despite identified problems, manufacturing ain’t stopping anytime soon. The world over, innovation seems the key to help cope with excess. But the sad part is we can’t reuse everything we decide to discard. 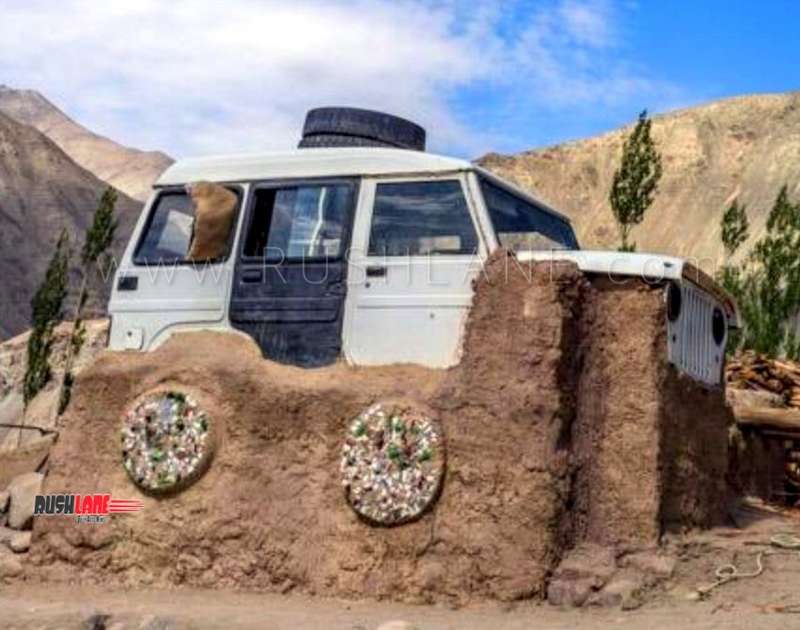 In Delhi NCR, there’s now rules to determine the fate of cars that are 15-years of age. Until recent years, no-one batted an eyelid even when an old rattling tin can drove by because it seemed cars were for life. That is fast changing with the used car market in India swelling by the day. The big question now is what happens to cars that are not fit for driving? The answer of course is to send them to the scrapyard, which has been the fate of unfit cars for years now.

Vehicles above 15 years of age can’t cope with current emission norms thereby emitting pollutants above set standards. Discussions are now rife regarding the apt way to recycle these vehicles, and how the generated waste is to be discarded responsibly once vehicles have been salvaged as best as possible at scrapyards. The material and metal waste are risks to the environment, and human force dealing with salvage and recycling.