Ahead of official launch, Mahindra has officially revealed the first image of their new MPV’s dashboard. Calling it a premium luxurious MPV, the dashboard is finished in Piano black and features a design element towards the left. On the top, is plastic, and on the front side is the piano black finish. Overall, the dashboard features a simple yet stylish design.

On the center of the dashboard is an all new 7 inch touchscreen infotainment system powered by the latest Mahindra software. It is compatible with Apple Carplay and Android Auto. It also gets USB and Bluetooth compatibility. 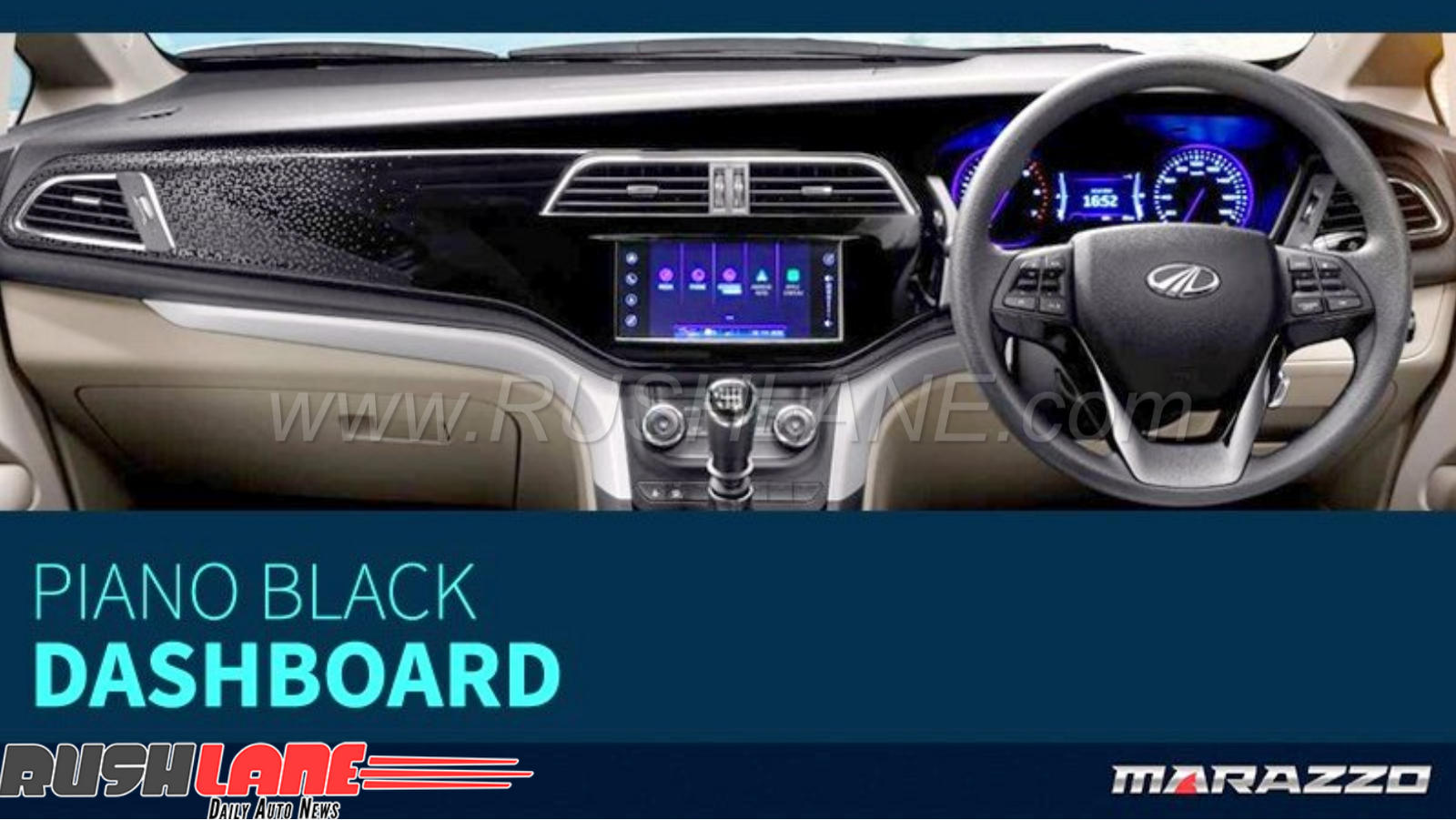 Behind the steering wheel is a twin pod instrument cluster with speedometer and tachometer. Between these two dials, is a large Multi-Info display with colour LCD screen, like we have seen in the new Maruti Baleno. Another interesting fact to note here is the purple backlit. This Mahindra says is inspired by aquatic life deep in the sea, where the sharks usually prowl their prey.

Upon launch, Mahindra Marazzo will be positioned above Mahindra Xylo in the company lineup. It is being offered as a premium MPV and owes its design to the company’s North American Technical Center along with inputs from Italian design house Pininfarina and Mahindra Design Studio. 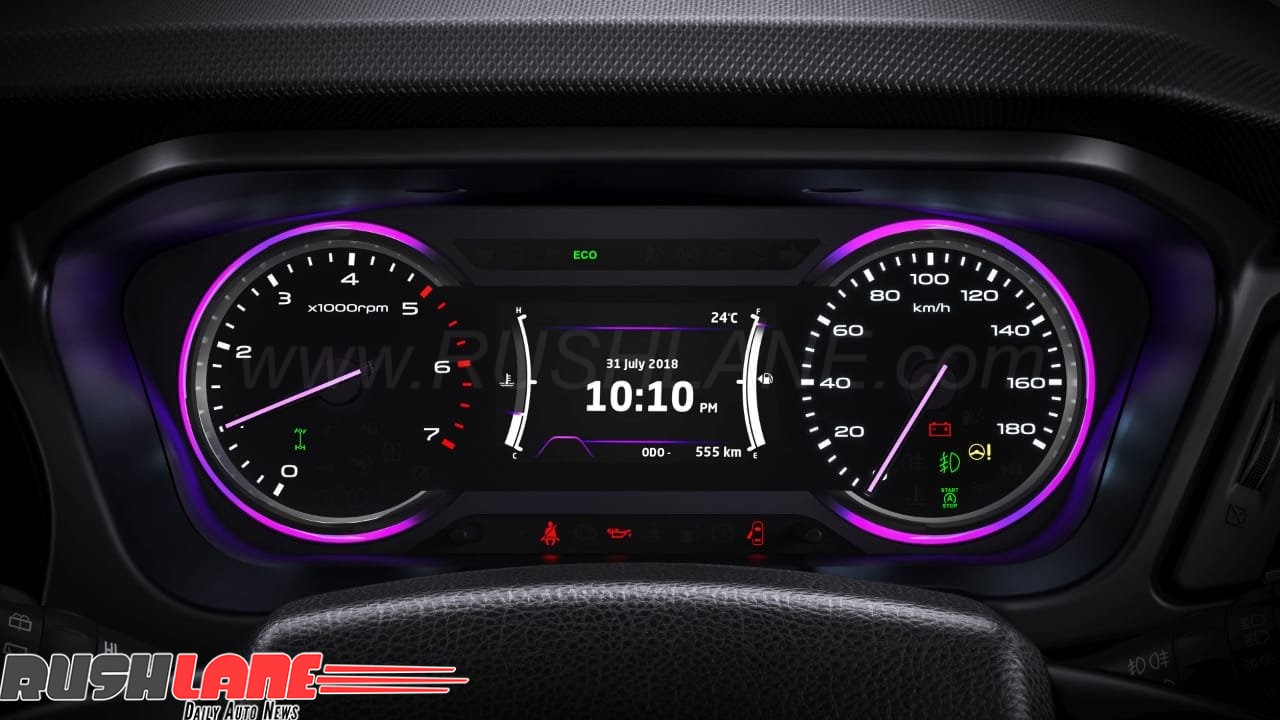 Exterior features has already been detailed. It features chrome toothed grille, elongated headlamps, boomerang shaped tail lamps and LED DRLs along with a shark fin antenna, interiors have now been viewed to include a two tone color scheme and seating for 7 to 8 adults. Engine details are yet to be disclosed but reports suggest that the Marazzo could be powered by a 1.5 liter turbocharged diesel engine capable of 121 bhp power ant 300 Nm torque mated to a 6 speed manual transmission or an automatic setup.

Mahindra Marazzo has been developed to take on the Toyota Innova Crysta, which enjoys a monopoly in the segment. Mahindra has already stated that the Mazzaro features best in class ride quality, world-class built qualtiy, and thanks to new generation engine, it will also deliver better fuel efficiency – all done so as to beat Crysta. Expect the new Mahindra to be priced in the Rs 12 – 16 lakh range.