Mahindra acquired 51% stake in Peugeot Motorcycles in 2015 in a deal that was valued at $16.5 million (~ Rs 121 crores at prevailing currency exchange rates). PSA Group of France, which owns other top brands such as Citroen, Vauxhall, Opel, DS, and Peugeot, continues to retain the remaining 49% stake in the company. 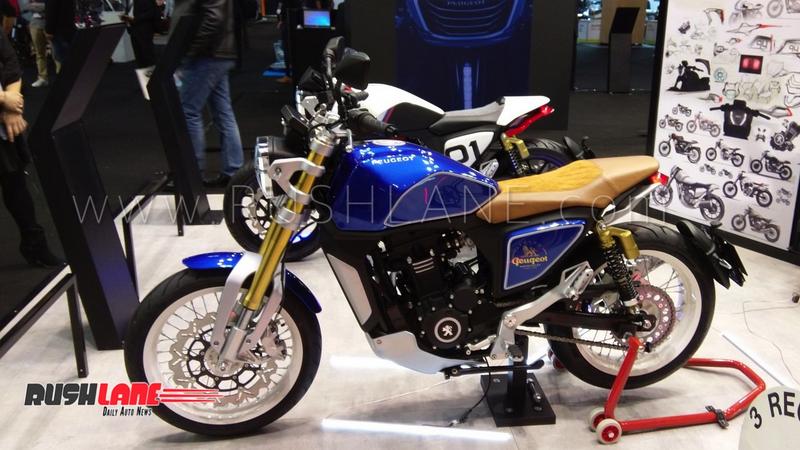 Both motorcycles get their power from a 300 cc single cylinder engine, which is likely to be the same one used in Mahindra Mojo. However, official confirmation about this aspect and the engine’s power rating has not been provided.

Nonetheless, images reveal quite a bit about the new concepts and there are many things that appear similar to Mojo. Mahindra Mojo is powered by a 300cc engine that delivers max power of 27 hp and max torque of 30 Nm. Engine is coupled with a 6-speed transmission. Watch the first look video below.

Engines on P2x twins have been reconfigured and it is expected that they will deliver more power and improve performance. Engines comply with Euro 5 emission standards and can be upgraded to meet Euro 6 or BS VI emission norms. 125 cc versions of P2x twins will also be manufactured, but they will be available only to A1 license holders in Europe.

To reduce price, P2x twins are likely to be manufactured in India and exported to international markets. This strategy has already been deployed successfully by TVS-BMW and Bajaj-KTM. When launched, the P2x twins will compete with BMW G310R, KTM Duke 390, and Husqvarna 401 Vitpilen and Svartpilen. However, Mahindra is yet to reveal the official launch date. Both Mahindra Peugeot 300 cc motorcycles can be priced in the range of Rs 2.5 to Rs 3 lakh.