A lower cost version of Mahindra Mojo, the adventure touring motorcycle, has been launched at an introductory price of Rs 1.39 lakh, ex-showroom. The reason it is priced lower than the existing Mojo because of multiple missing features. For example, the current Mojo is seen with dual exhausts, FI, upside down forks and a twin-headlamp setup.

The Mojo UT300 is devoid of these features. It features a single exhaust, carb, regular telescopic forks and a regular headlamp setup. It also gets MRF tyres instead of the Pirelli Diablo Rosso II which are seen on the existing Mojo. But, inspite of the bike being devoid of these features, it does not mean that it is going to lose on its touring abilities. 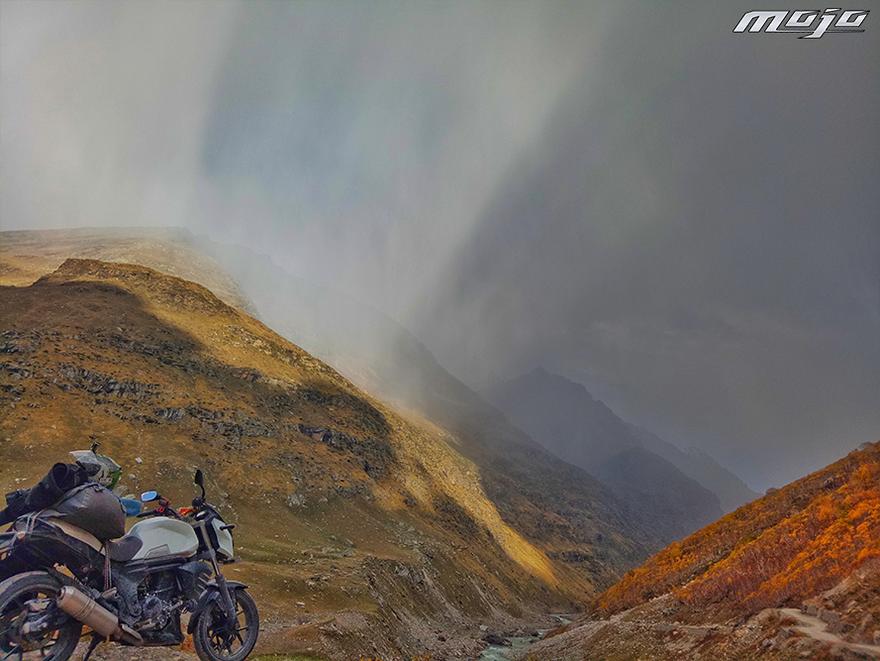 Mahindra Mojo UT300 has completed a treacherous road trip of over 4,000 kms which includes 9 of the most thrilling mountain passes India has to offer. It includes Khardung La (the previous highest motorable road) at 18,380 feet and Umlingla (the new highest motorable road which was just opened to public) at 19,300 feet. All done by rider – Hemant Singh Bisht. 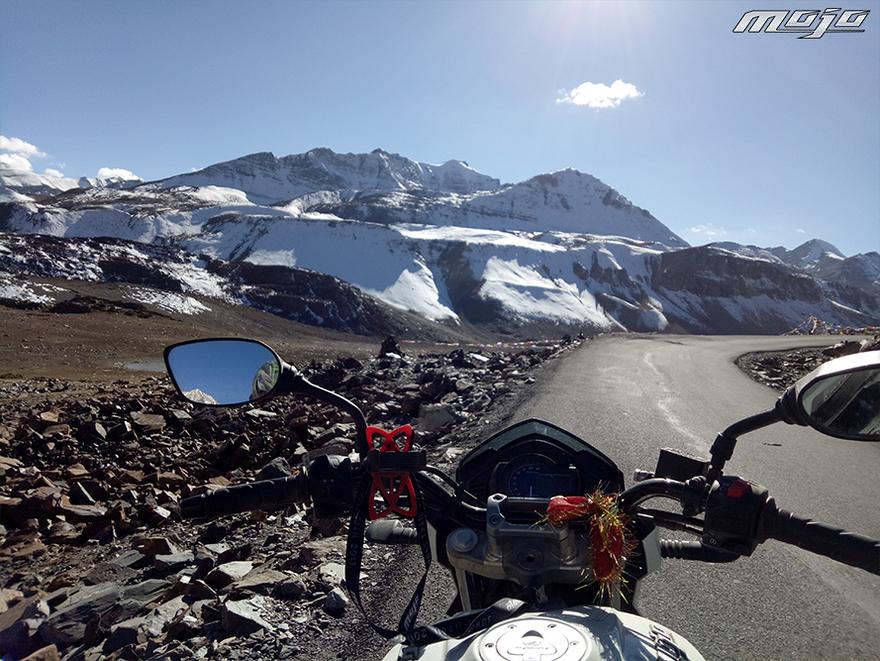 The current Mahindra Mojo is powered by a 295cc, single cylinder, liquid cooled, fuel injected motor offering 26.8 bhp power and 30 Nm torque mated to a 6 speed gearbox. The Mojo UT300 engine specs remains same as that of the Mojo FI.

Speaking on the launch, Prakash Wakankar, CEO – Two Wheelers Business said, “At Mahindra, we have always believed in innovation and providing our consumers an exciting value proposition. With the launch of the MOJO UT 300, we believe that we have an exciting product offering for the new age bike enthusiast. With the launch of this new variant, the MOJO will now be available to a wider range of consumers in more than 60 cities across India.”