While not much seems to be going according to plan in the auto industry owing to sales slowdown, Mahindra has found some cheer. Retail sales of passenger vehicles for Oct 2019, are the highest ever monthly retail sales registered by Mahindra. The company has not revealed their retail sales numbers, but they are expected to be much higher than the wholesale numbers of about 18.5k reported.

Pawan Goenka, Managing Director, M&M tweeted, “Congratulations to our dealer partners for delivering the highest ever monthly retail volume for Mahindra last month. I hope the retail momentum in October is an indicator of sentiment turning positive and will continue in coming months.” 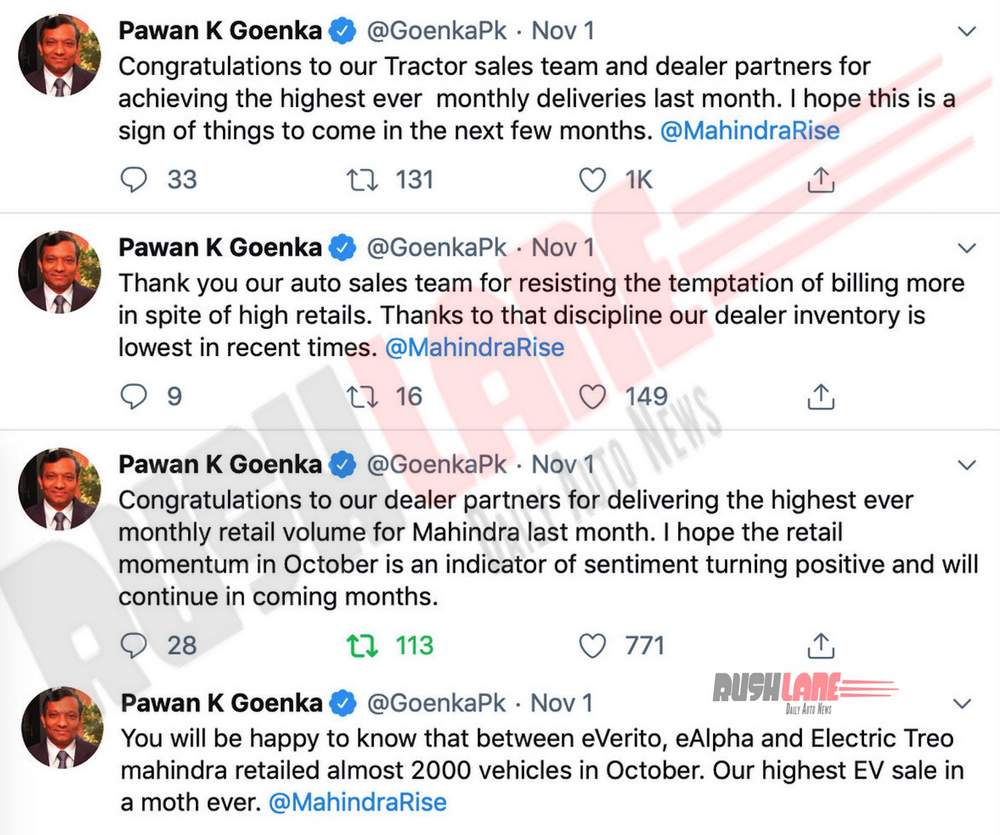 If automobile sales are taken at face value, ICE vehicle sales dominate. But EVs are here to stay. And it’s the small inroads made today that will pave the way for electric vehicle adaption in the long run. For the company, it’s electric Treo is helping boost numbers.

Treo electric rickshaw ties together convenience and earning potential for owners. For the longest time, the unorganised electric rickshaw segment has seen lead-acid based e-rickshaws dominate. An e-rickshaw regulation has come into being in as recent as 2018.

India’s electric vehicle adaption is going to depend largely on the success of it’s e-rickshaws, electric buses and e-scooters. The opportunities afforded has already seen a large number of new players enter the e-scooter manufacturing space.

From the days of Mahindra associating with Reva, the manufacturer has in fact been an early mover in EVs but vehicle purchases have been slow. Given Mahindra’s position in the two-wheeler market and bus segment, it makes sense that Mahindra is able to power ahead when it comes to electric rickshaws.

Anand Mahindra, Chairman, Mahindra Group responded to Goenka’s tweet as follows, “The industry really needs to switch to reporting retail and not wholesale volumes. There are some strong signs of life in the market. And pipeline stocks have been slashed by controlling billings to dealers. Very appropriate stock levels now.”