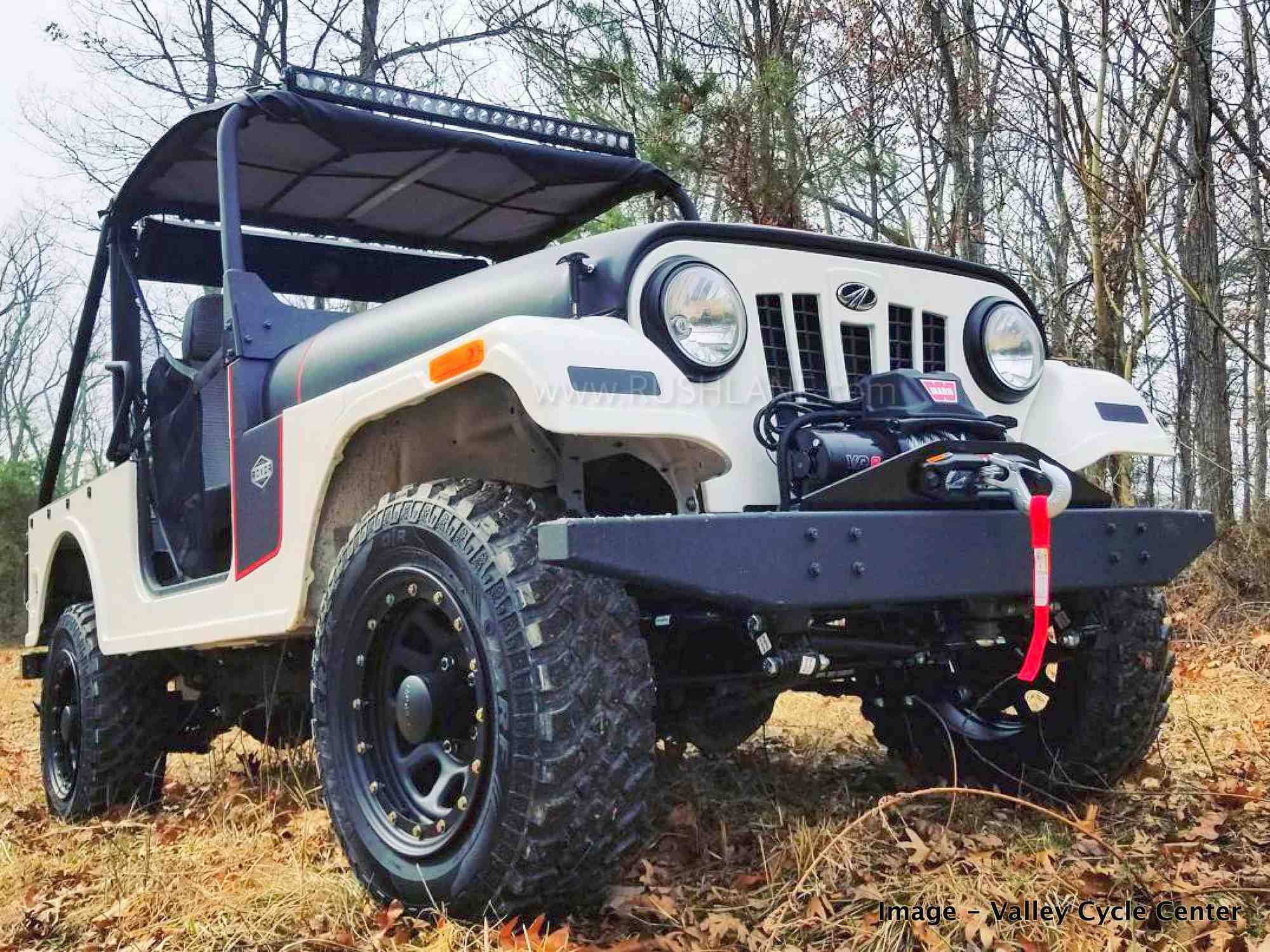 Mahindra Roxor is a Thar based off-road utility vehicle, which was launched in the US back in early 2018. It is assembled at the Mahindra plant in the US, with kits imported from India. Unlike Mahindra Thar, the Roxor is not road legal. And thus cannot be used on the road.

It is sold as a utility vehicle for private use in farms, off-road activity, etc. It was not a rival to the Jeep vehicles on sale in the US, but Jeep was of the opinion that the Roxor is definitely looking like a Jeep vehicle from the past. This resulted in Jeep going to the court, filing a copyright case against Mahindra.

In Aug 2018, FCA, the parent company of Jeep, filed a legal case against Mahindra in the US. Replying to the first lawsuit filed by Jeep, Mahindra had given a press statement in Aug 2018 that “we have reviewed FCA’s core filing and find it to be without merit.” In reply to the lawsuit filed by FCA, Mahindra went ahead and filed separate a lawsuit against FCA. This lawsuit stated – “the Roxor is not liable to any copyright infringement. It is not like the 7 spoke grille design seen on Jeep vehicles.”

Fast forward to Nov 2019, US Court Judge has said that Mahindra does infringe the copyright of Jeep. For starters, “the ALJ (administrative law judge) has also determined that a cease-and-desist order is appropriate preventing Mahindra from selling any vehicles already in the U.S.”

That’s simple to understand. With an an Administrative Law Judge(ALJ) determining that Mahindra violated 19 U.S.C. Section 1337, a resulting order excluding infringing vehicles and components from entry into the U.S. is apt.

The United States International Trade Commission judge finds Mahindra Roxor infringing infringes Jeep’s trade dress pointing to unfair trade practices. And while some believe imitation is a form of flattery, FCA US opines Mahindra’s infringement was harming or likely to harm the Jeep brand and FCA US.

This though is just an initial finding. Going forward, FCA will ask the United States International Trade Commission to “confirm the ALJ’s conclusions on the Jeep Trade Dress.” When that happens, FCA US can look forward to exclusion and cease-and-desist orders being issued by March 13, 2020. The expected cease-and-desist order would come into effect upon issuance. The related exclusion order comes into effect at the end of a 60-day Presidential review period.

And FCA US is coming down on Mahindra with all its might. A separate infringement case against Roxor will be pursued in United States District Court of Eastern Michigan. Herein, FCA seeks, ‘an injunction to prohibit future sales of infringing vehicles,’. It further seeks, ‘disgorgement of Mahindra’s profits from the infringing Roxor.’ Trial is scheduled to get underway in May of 2020.

Earlier this month, Mahindra showcased new concepts of Roxor, with a different looking front. It is possible that Mahindra had an idea what the court verdict was going to be. It remains to be seen if the judge allows Mahindra to sell facelifted Roxor with revised front in the US, or not.

The Jeep trade dress argument focuses on 6 features in Roxor. They include exterior hood latches, door cutouts above the bottom portion of the side body panels, and a boxy body shape with flat appearing vertical side and rear body panels ending at about the same height as the hood. These can be seen in the image gallery below.