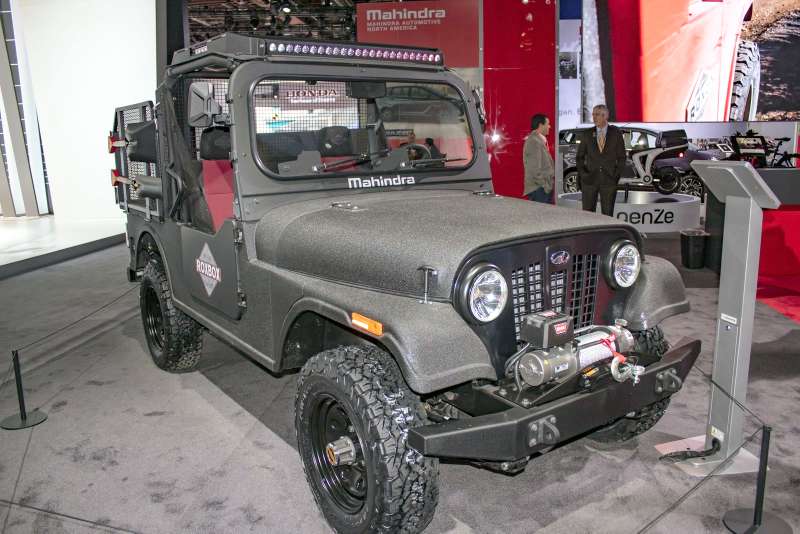 Legal battle between FCA and Mahindra over the sale of the latter’s Roxor off-roader in the US is still ongoing but the Indian automaker is focused on maximizing the US-only nameplate’s potential. The Mahindra Roxor Roxbox concept, previewing a possible variant extension, has been showcased in the US.

The Roxor Roxbox concept features a flat work bed with retractable steel cage instead of pickup-like loading bay. The aim is to portray the Roxor as a versatile workhorse that can take on challenging off-road conditions.

The concept is also equipped with numerous accessories including a steel bumper with winching kit, meaty off-road tyres, steel roof with 360 degree LED roof lights, and a body made of tough grainy material which is dubbed as Roxliner. The design with 4.5-slat grille (Mahindra has agreed not to use 7-slat grille in its US-spec models since they mimic FCA-owned Jeep’s design identity) sees no change. 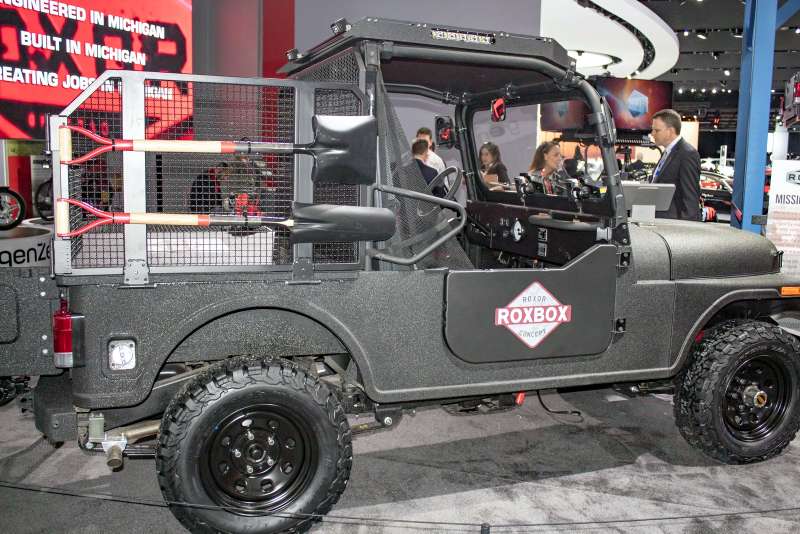 The Roxor is based on the underpinnings of Mahindra Thar and is marketed in the US as a better off-road alternative to quadbikes and similar utility vehicles from the likes of Polaris, John Deere and Yamaha rather than being positioned as a road-going SUV.

This is further highlighted by the bare bones interior which is composed of dual-tone bucket seats, a minimal steering wheel and a flat panel in place of dashboard.

The gear and low-transfer case levers are mounted on the floor and the off-roader is devoid of center console, AC or even an audio player. All you get is a bunch of switches, exposed windshield wiper motors and a center-mounted analog instrument dial. The Roxor Roxbox concept receives half doors with fabric pouches for storage.

The Mahindra Roxor Roxbox is powered by the 2.5-liter four-cylinder diesel motor which is familiar to the Indian owners of Bolero and Thar. The engine develops 63 PS and 144 Nm of torque and is capable of propelling the Roxor to a modest top-speed of 88 kmph but the vehicle is not built for speed. The Roxor is an off-road toy for Americans who have access to sprawling fields. In that respect, it emerges as a fun little package.

Meanwhile in India, Roxor’s big sister, the Mahindra Thar, is at the verge of progressing to next generation.