Mahindra and Mahindra, leading SUV makers in India, were to reveal the name of their upcoming SUV tomorrow, December 1, 2018. But, as per latest update, this has now been postponed. Mahindra has shared this update;

“Due to unavoidable circumstances, the press conference scheduled tomorrow, Saturday, Dec 1, 2018, to reveal the name of Mahindra’s upcoming SUV codenamed S201, has been postponed. A new date for the name announcement press conference will be announced shortly. We apologize for any inconvenience caused due to this postponement.”

This S201 SUV is based on the SsangYong Tivoli compact SUV. Mahindra XUV300, as it may well be called, will challenge Maruti Brezza, Tata Nexon. The compact SUV has been spied on test on numerous occasions. In fact, earlier this year three models of the S201 were spied in Mettupalayam, Ooty and seemed to be different variants of the SUV. The XUV300 was also taken to the highest motorable roads in the world at Khardung La in Leh, Ladakh for tests.

Mahindra XUV300 will be positioned on a modified SsangYong Tivoli platform. It will boast of a sunroof (first in segment), projector headlamps and daytime running lamps. It will also receive a raked windshield at the rear, LED tail lamps, high set stop lamp and reflectors on either sides of the bumper. Roof rails will add to its off roading stance. 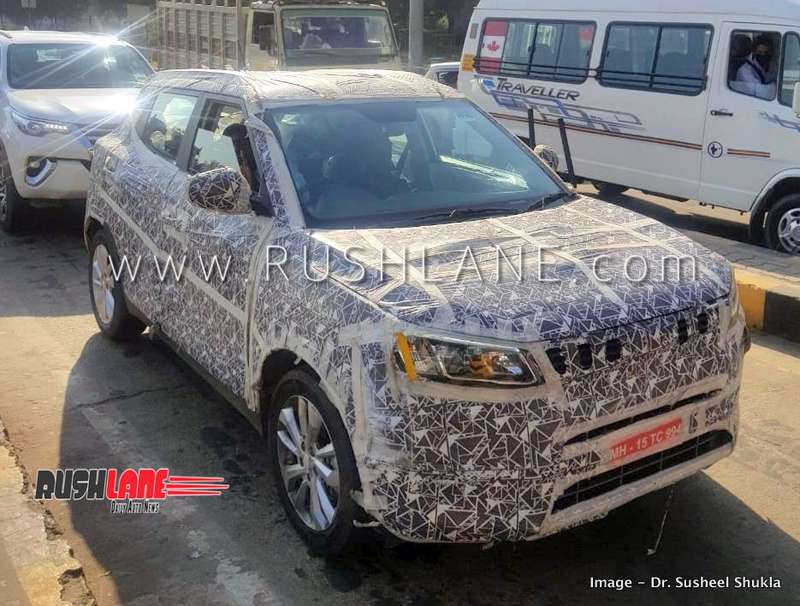 Not much has been revealed about the interiors of the Mahindra XUV300 but is said to borrow design elements from the SsangYong Tivoli. It will get a touchscreen infotainment system, automatic climate control and premium upholstered seats. It will be seen with safety features such as dual airbags, reverse parking sensors, reverse parking camera and ABS and EBD.

Mahindra XUV300, 5 seater compact SUV will get its power via a 1.5 liter, 4 cylinder diesel engine. This is the same engine that powers the Marazzo and offers 123 PS power at 3,500 rpm and 300 Nm torque at 1,750-2,500 rpm mated to a 6 speed manual and AMT transmission. This engine could offer fuel efficiency of 21 kmpl. There will also be a new 1.2 liter turbo petrol engine that could make its debut on this SUV. Mahindra is expected to price the XUV300 competitively between Rs 7-10 lakhs.