The new features come at no increase in cost 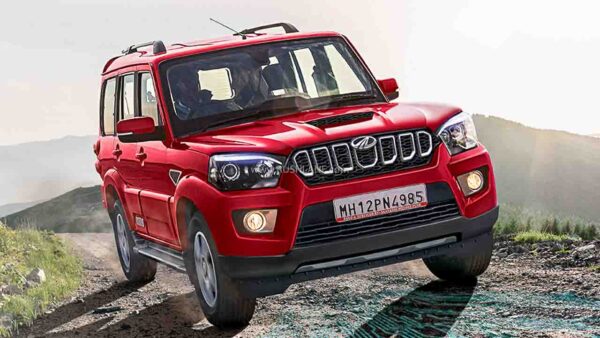 In what is likely to be one last update to the popular Scorpio before the next generation model steps in next year, Mahindra has introduced Apple CarPlay and Android Auto features to the top-end variants of the ladder frame SUV. The feature addition is aimed at enhancing the vehicle’s appeal this festive season.

The updated infotainment system will be available on S9 and S11 trim levels of the Mahindra Scorpio. The automaker has incorporated the new features without any additional cost, thus improving the value quotient. The smartphone connectivity features will enable the driver to access his/her device through the steering-mounted controls, thus reducing the chances of distraction.

There are no other changes to the SUV. Despite being in the last few months of its life span, the current generation Mahindra Scorpio has been raking in decent sales volumes post lockdown. It is an impressive feat, especially considering that the vehicle competes with the ultra-popular Hyundai Creta and Kia Seltos.

Specifications and equipment at a glance

The Mahindra Scorpio is propelled by a BS6-compliant 2.2-liter mHawk diesel engine which develops 140 hp and 320 Nm of torque. A 6-speed manual transmission drives the rear wheels.

Next generation Mahindra Scorpio coming in 2021

The next generation model, which was originally supposed to be launched this year, is now slated to be ready in first half of 2021. The vehicle will be underpinned by an improved ladder frame chassis with better crash performance. The new Scorpio, as the prototypes indicated, will sport an overhauled exterior styling and may be slightly longer than the outgoing version.

One can expect the interior to be completely revamped as well. The SUV will offer a host of new goodies in addition to the existing list of features.

The new model is reported to be powered by a 2.0-liter diesel engine which is estimated to output 160 hp. A 6-speed manual transmission will be standard but the SUV could also offer an automatic gearbox as an option.

According to recent reports, Mahindra may choose to sell both the new and the old versions of the Scorpio alongside each other. Given the current model is still quite popular, the automaker could stretch its life for a few more years.