Vehicles with modified horns are banned. They cause noise pollution, startle pedestrians and drivers on the road and cause severe disturbance to the old and infirm in residential areas. But in spite of this ban, there are those who go ahead and modify their car horns.

These owners blatantly modify their vehicle horns, sometimes shelling out a great deal of money and feel it is their birthright to honk away even when there is really no need. The honking goes on not only on crowded streets but also in residential areas causing much disturbance to residents. 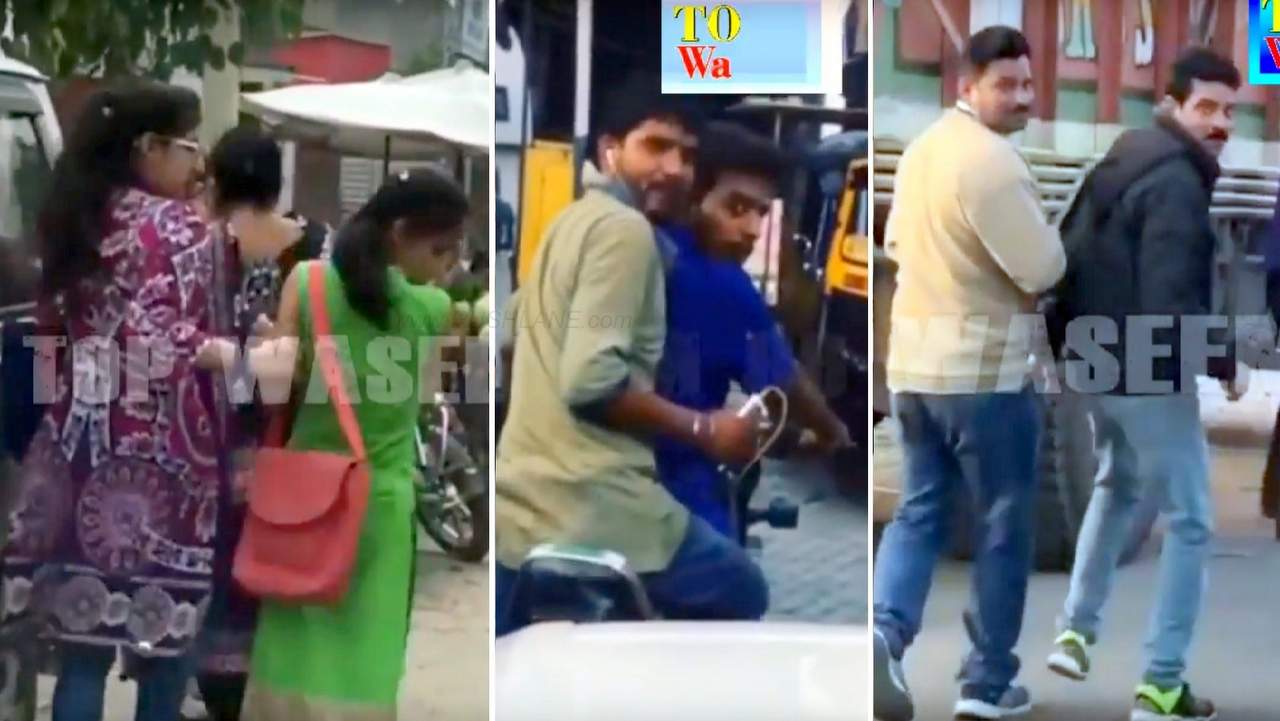 Last week, a a video went viral on social media. This particular video shows how a Mahindra Scorpio owner, fitted a very irritating train horn, was causing nuisance on public roads. The car driver goes close to unaware bikers and pedestrians who are on the road, and blows the loud horn of the car. The horn is so loud that it startles not only the aged but even the youngsters who are noted to suddenly panic on hearing the shrill sound of the train horn.

Is he really just trying to clear the traffic in front of him or is he getting a cheap thrill in startling unsuspecting road users? From the video shared, it is clear that the Scorpio owner is doing this on purpose and is also having fun at the cost of causing nuisance to others on road. Watch the video below, which now has over 1 million views on Youtube.

Thanks to alert citizens on social media, who have reported this incident to the police, cops have started looking for this Mahindra Scorpio driver so that he can be punished as per the law. 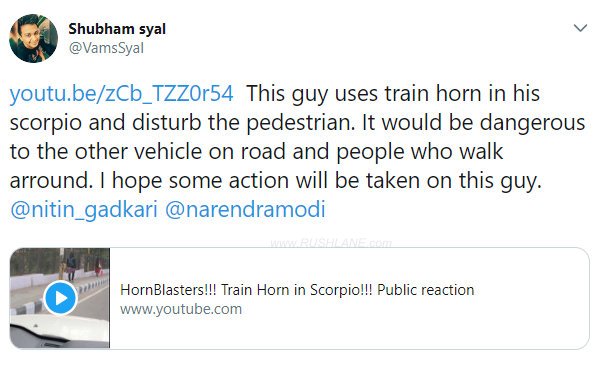 This is not the first time cops have been alerted via social media. In fact, police of different states promote citizens to report incidents to the officials via Twitter / Facebook so that those who fault, can be fined.

It is often noted that besides installing loud, noise emitting horns, users also install reversing horns which causes more noise pollution and disturbances. This is specially in residential areas where the driver sometimes takes a long time to reverse into tight parking spots with the reverse horns continue till such time as the driver reverses the car successfully.

Installation of such loud horns is illegal and vehicles with these horns can be seized and owners fined. Complaints can be made to the traffic police and action can be taken under Section 190(2) of Motor Vehicle Act 1988. The use of such noise pollution horns is punishable with fine upto INR 1,000 and upto INR 2,000 for second or subsequent offences. However, it is often seen that owners readily pay up these fines just to escape the clutches of the traffic police but continue to sport these horns.