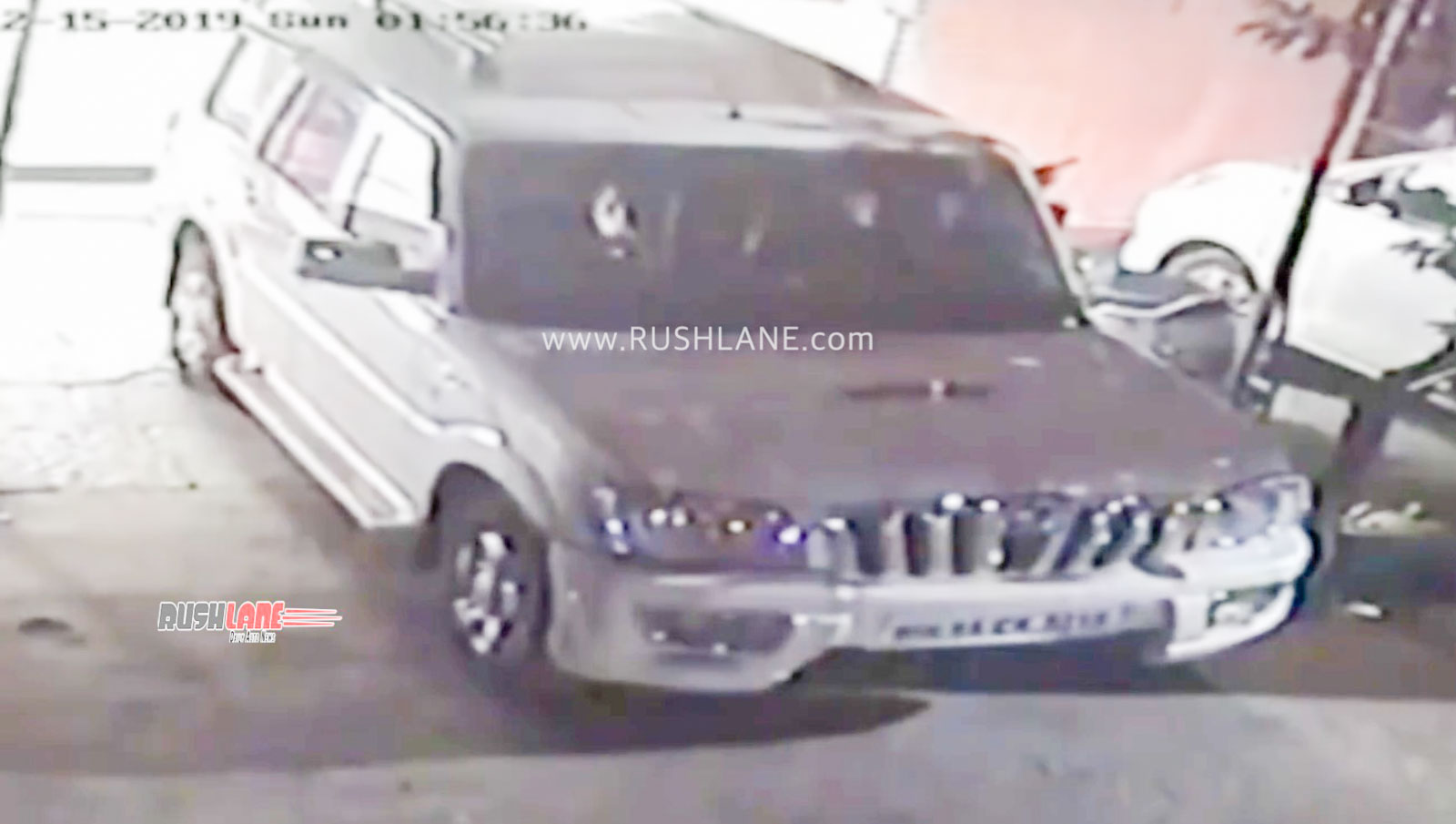 However, in Chakan (Pune), thieves with covered faces decided to employ all 280Nm of a first-facelift Mahindra Scorpio to commit the act. The entire deed was caught on a CCTV camera.

Rather than going full-on technical to retrieve money from a protected system, thieves often take away the entire unit and break it open later in a location safe from the light of justice. In real life, there is no time to invest in the drama of using sophisticated equipment to steal money from ATMs or banks, as portrayed in movies.

The video starts with the Scorpio backing up towards the vestibule while a gang member exits from it, probably after some initial checks and preparations. He goes in once again to fasten a rope around the ATM which is tied to the rear of the SUV, at the other end.

Without wasting time, the driver floors it and pulls out the entire ATM unit. The man, on the other hand, casually watches the show from the side in such a way that this isn’t anything new to him.

The vehicle backs up once again and this time, another gang member comes to the scene. Together, the two struggle to get the ATM into the Scorpio’s rear compartment. Understanding the challenges faced by his peers, the driver rushes out to lend them a helping hand.

What follows is a series of bounces and shakes, giving further insight into the weight of the ATM and the relatively higher loading area of the SUV. There is more hidden confusion at the back, but the team finally manages to flee the scene. Upon closer observation, you will be able to spot some electrical wires dangling from the back. The on-screen clock shows it was almost two in the morning (15 Sun, December 2019).

If someone with a basic conscience spots a sketchy Scorpio with wires coming out of its boot speeding past at such an hour, chances of the local police department getting an alert are quite high. As per reports, the break-in did not set off an alarm.

Still, the CCTV footage you see here is good evidence. Using a series of other CCTV footages, the police understood that the car wore fake number plates. A special team has been formed to look into the matter and the culprits are definitely in a temporary bubble of safety. As per reports, the suspects stole about Rs 10 lakh in cash, in addition to the ATM worth around Rs 3.50 lakh.