Mahindra Treo is built at the Mahindra Electric plant in Bengaluru. It is presented in four variants – Treo SFT (soft top), Treo HRT (hard top), Treo Yaari SFT, and Treo Yaari HRT. The Treo is a four seater vehicle which includes the driver while the Treo Yaari can seat five including the driver. The SFT and HRT are soft and hard top models respectively. 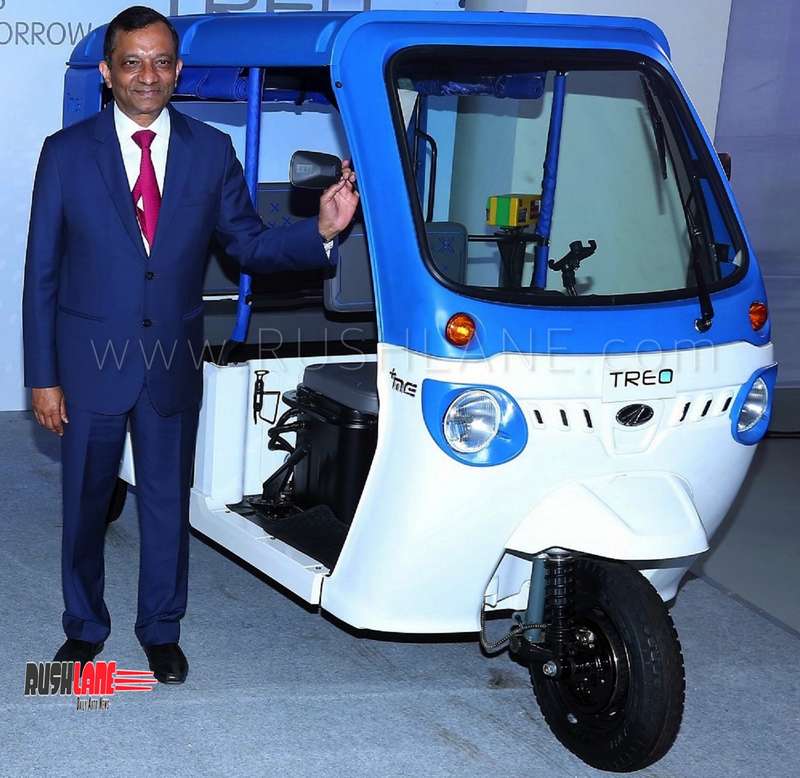 Shown off at the 2018 Auto Expo and displayed at the Move Summit 2018 in New Delhi, the blue and white colored Mahindra Treo three wheeler boasts of the latest in Telematic technology. It boasts of a comfortable cabin, both for driver and passengers with plenty of leg space which could also be more than that offered in a car.

The small display in the front offers all vital information to the driver. There are three driving modes of Low, Medium and High while features include wipers, spare wheel, digital instrument cluster and wide windscreen at the front and rear. GPS is offered as an option with GPS enabled Treo three wheelers directed at fleet operators and cab services.

Mahindra Electric is offering a 50,000/24 month warranty program on the Treo while the Treo Yaari comes in with a 30,000 km/18 month warranty scheme. Mahindra claims that the Treo and Yaari low maintenance, lithium ion battery pack can last for upto 5 years. The Mahindra Treo which complies with the new electrification policy of the Government of India and the Bajaj e-rickshaw will be its sole competitor in the country.