Mahindra TUV300 Plus P4 arrives at dealerships – Launch in June

New Mahindra TUV300 Plus has been delivered to a few customers ahead of official launch. This was revealed by Anand Mahindra on Twitter. In his tweet back in December, he said ‘We’re seeding a few vehicles in the market before the launch next year.’

Unlike the TUV300, which is a compact sub 4 meter SUV, the TUV300 Plus P4 is a long wheelbase SUV which will offer three rows seating. In the company line-up it will sit below the Scorpio but above the TUV300. 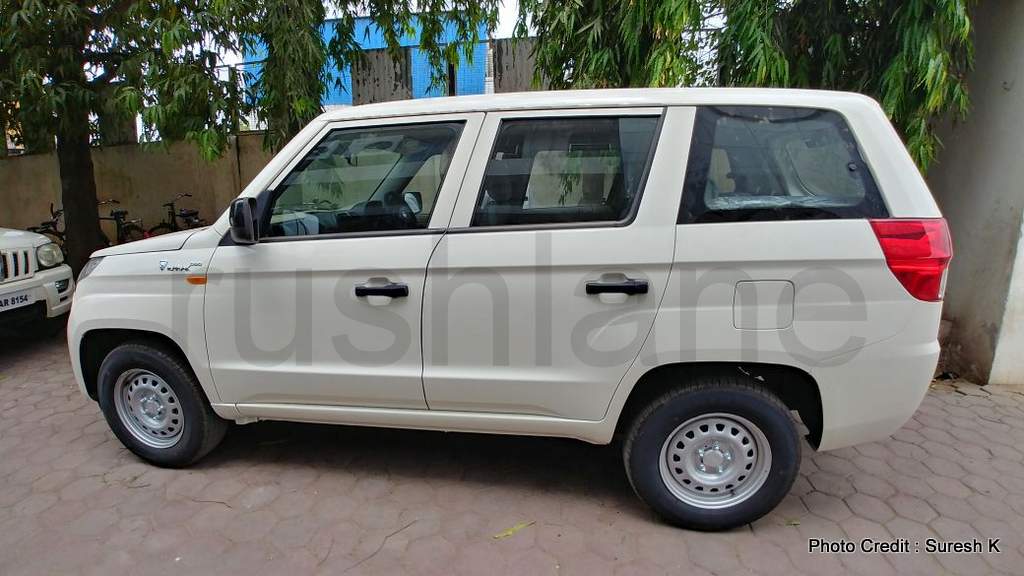 The new Mahindra TUV300 Plus is seen with boxy styling and features similar to those seen on the TUV300 while differences lie in the extended rear overhangs and fixed window in third row. Designed borrowing inspiration from a Battle Tank, the TUV500 receives raised shoulder lines, a flat roof and high ground clearance while it gets a new front grille design with chrome accents, square shaped wheel arches and a rear mounted spare wheel.

Interiors sport a dual tone in black and beige while central console is finished in a matte black theme. The model in the images looks like a base variant with standard wheels, no touchscreen infotainment system, etc. Top end variant will get much premium interiors and better features. All variants will get forward facing third row seats. 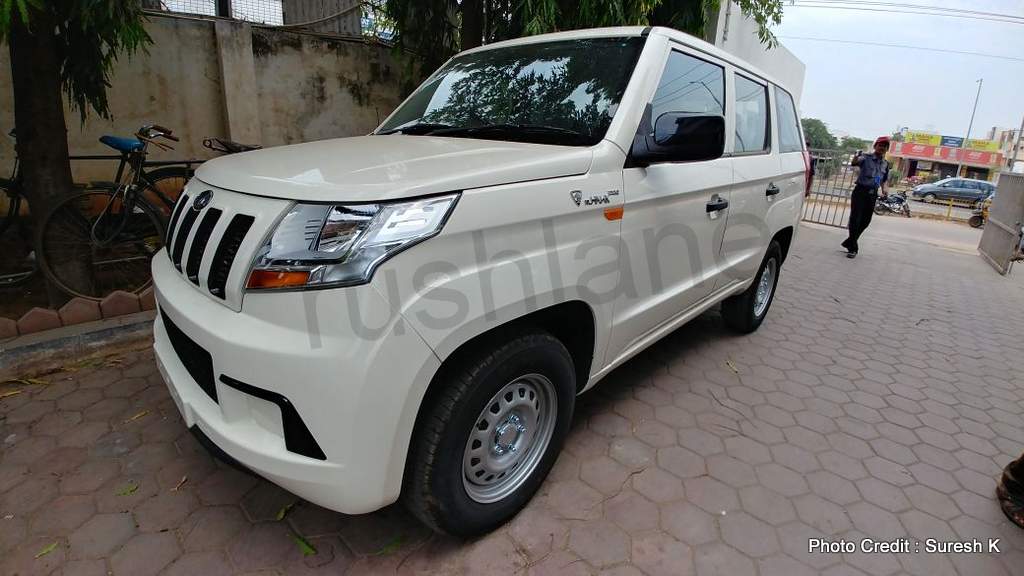 Where engine specifications are concerned, the TUV300 Plus gets a new mHawk d120 engine which is a 1.99 liter 4 cylinder diesel mill generating 120 hp. It is mated to a 5 speed manual or 5 speed autoSHIFT AMT. The new Mahindra SUV could be the first car of its kind, offering three rows of seating (all facing front) in its price range. Expect a price range of INR 9-13 lakh.

Mahindra TUV300 Plus 9 seater leaked specs are as follows.