Mahindra’s sub-4 meter offerings – Quanto, KUV100, TUV 300, and NuvoSport – didn’t exactly set the sales chart on fire. Maruti on the other hand, managed to grow as India’s top SUV seller, primarily due to a single product, Vitara Brezza. Moving forward, the chatter is Mahindra would be focusing on SUVs and MPVs that are larger than the sub-4m segment so as to avoid having to battle it out with heavy competition.

The compact SUV segment is getting increasingly crowded with almost every manufacturer wanting a share of the pie. Mahindra might stop production of all its sub 4 metre SUVs, which are currently on sale in the market. Sales of TUV300 grew 10.5%, KUV100 sales declined 28%, and Quanto managed to sell just 254 units. Since Mahindra has been a well established player in mid-size SUV market with brisk selling products such as Bolero, Scorpio, and XUV500, it would pool its resources in this space. 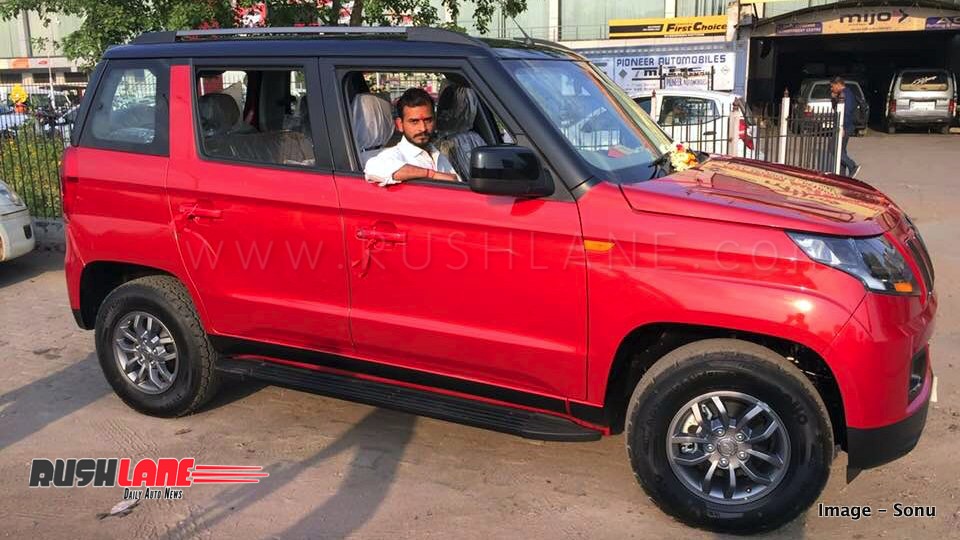 According to Livemint’s sources, of four new Mahindra products, three will be longer than 4m mark. The recently launched Mahindra Marazzo MPV is the first of four new products. The company is close to introducing the Rexton-based large premium SUV (codename Y400), which is likely to be called XUV700. Mahindra is also working on a Hyundai Creta rival, based on the Marazzo platform.

The shift of focus from compact SUV segment to larger UVs doesn’t mean that Mahindra will ditch the sub-4m space entirely. They will be present in the sub 4 meter segment, but with a more premium offering as compared to KUV100, Quanto or TUV300. The company is currently working on a Maruti Vitara Rival codenamed S201. Based on a shortened version of Ssangyong Tivoli’s platform, this compact crossover SUV could hit the market with XUV300 nameplate.

Another reason why Mahindra wants to focus on larger UVs is that, come 2020, prices of all passenger cars would go up due to the new safety and emission norms. Customers of larger SUVs are less price sensitive compared to those in the market for compact SUVs. So, it would be less of a risk to be selling mid-size SUVs over compact offerings.

Moreover, sale of large and mid-sized SUVs is projected to grow at a compounded annual rate of 14.37% between 2018 and 2021 while the compact SUV segment is forecast grow at 11.17% during the same period. As per the report, an insider said – ‘The thinking within the company is that we should stick to our strengths and rely on the partnership with Ford to experiment in the weaker segments.’