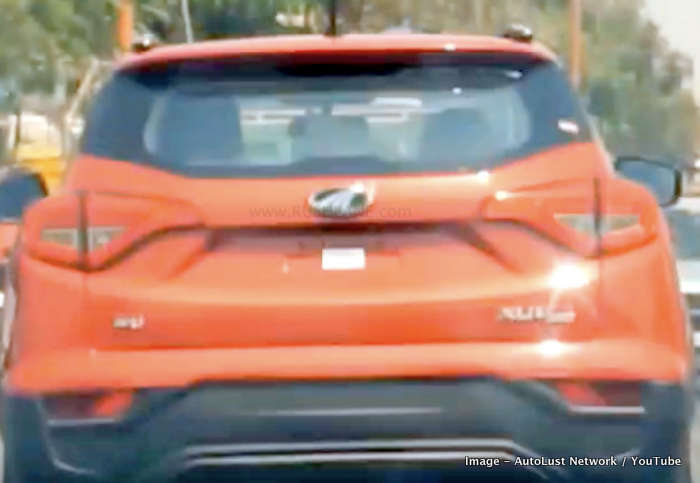 Following the Mahindra XUV300 launch earlier in 2019, the wait for an automatic variant began almost immediately. In almost 2 months since launch, XUV300 has been made available in four variants with two engines options. Both mated to manual transmission.

2019 XUV300 engine options include a 1.2-litre turbo petrol that returns peak torque of 200Nm, and the 1.5 litre diesel engine also seen powering Marazzo MPV, which returns 300 Nm. Both engines are mated to a 6-speed manual gearbox, and that brings us back to being left wanting an automatic gearbox option.

The wait won’t be stretched beyond imagination now. XUV300 automatic in production ready guise is being tested. At first, Mahindra XUV300 will get a AMT gearbox, while conventional automatic option will be launched later next year. Akin to AMT setup seen in other Mahindra cars, the auto manufacturer will follow a similar strategy for it’s XUV300 compact SUV. Below is the XUV300 Auto on test, with a Auto badge on the fender.

The segment is currently AMT rich. Maruti Vitara Brezza diesel, and Tata Nexon petrol and diesel are available in AMT variants, while EcoSport gets a torque converter AT petrol. Honda WRV is available only with MT. Soon the segment will also receive a 7 speed dual clutch automatic gearbox, thanks to Hyundai Venue, which will launch on 21st May 2019 in India.

Mahindra XUV300 AMT will but obviously make the variant choice wider, as well as add to the vehicles competitiveness as against competitor AMT options. XUV300 AMT launch price is expected to be about Rs 35k higher than the respective manual variant.

For Mahindra, XUV300 has shown initially possibility in terms of sales. Slotted in a segment that didn’t exist up until a few years earlier, the segment is always evolving. And Mahindra is keen to lap up its fair share. In March the company sold 4,484 units of XUV300. Since launch on 14th Feb 2019, XUV300 sales have crossed 9k units.

Whether it’s initial pattern owing to initial bookings or the car’s ability to be selected on merit, XUV300 did last month overtake Ford Ecosport and Honda WRV sales, which stand at 4,241 units, and 2,552 units respectively.