Mahindra XUV300’s boot space has been a point of discussion ever since the car was launched earlier this month. The reason – because it has the lowest boot space in the segment at 265 liters. Not only is it lesser than rivals, it is lesser than what is on offer by small cars like Maruti WagonR. For some, this has been a huge talking point, and also a possible deal breaker.

To counter this, a Mahindra salesman has come up with a solution – XUV300 boot space suitcase challenge. In what seems a poorly thought out impulsive reaction to the boot space problem, a Mahindra dealership salesman is seen filling the boot of XUV300 with empty suitcases. This action defies logic of filling your bags and heading to destination. Instead if you take care to leave the suitcases empty and squeeze them into the boot, the illusion of space is maintained. 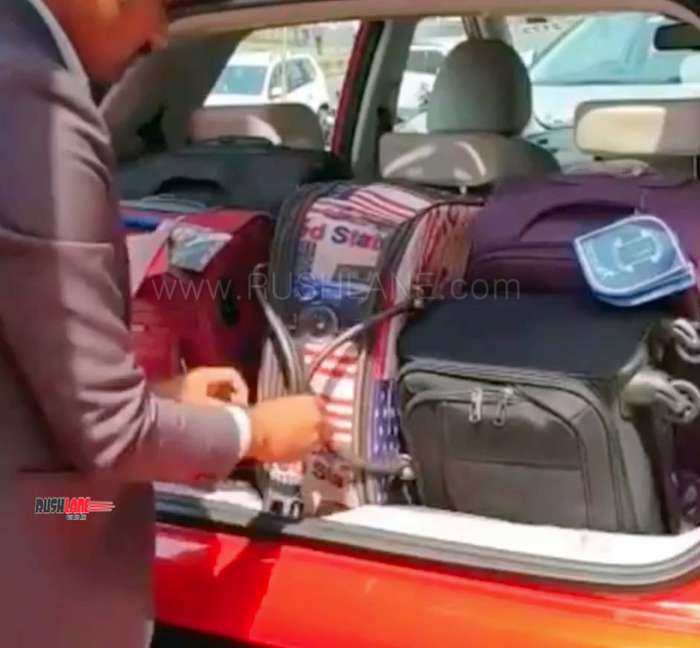 265 litres is plenty of boot space for daily driving cause to be fair, you’re not going to need that much space to ferry stuff to work or back from shopping. Boot space would only be a concern when heading on holiday, subject to how long the vacation is and how many people are on board. A weekend getaway with two suitcases is enough. In this case, you could also head to holiday with 5 empty suitcases by squeezing them into space.

However, we’re of the opinion that if you tried to shop at destination and fill them, it would be difficult to carry home all your goodies, cause them stuffed suitcases ain’t going to magically fit. Watch the video which is being circulated on social media below.

What Mahindra XUV300 may be lacking in the boot, is more than balances out when you take a look at the other features. It comes with segment best driving dynamics, thanks to longest wheelbase for any sub 4-metre car in the world. To give a premium touch, it gets silver accents on the dashboard and central console and piano black accents on door arm rests. It also gets a 7″ touchscreen infotainment system with smartphone connectivity options of Apple CarPlay and Android Auto.

In terms of safety, XUV300 complies with new safety norms with ABS and EBD offered as standard along with dual airbags. Top trim gets 7 airbags, hill descent, traction control, power windows, parking sensors with camera at the front and rear and an auto dimming inner rear view mirror. On top of all this, it gets powerful petrol and diesel engine options with 6 speed manual transmission.