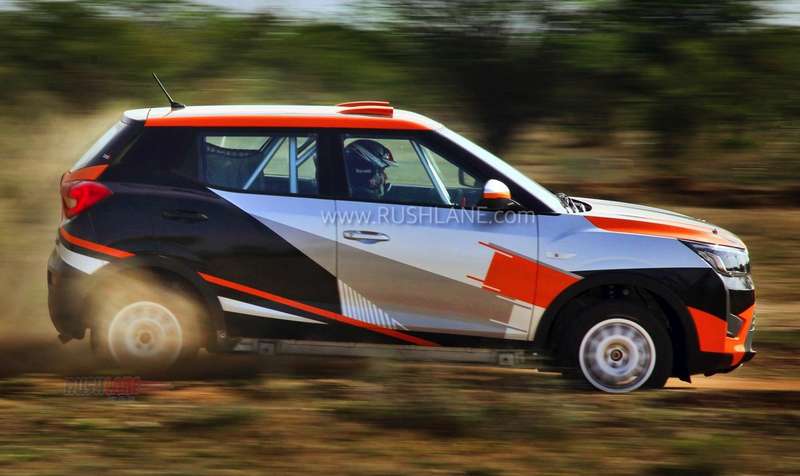 The Mahindra Super XUV500, which has been used by the Mahindra Rally Team for the past several years, is now set to be replaced by the rally spec Mahindra XUV300.

It will be piloted by Gaurav Gill and Amittrajit Ghosh, who will be seen in the petrol and diesel variants respectively, as the championships get off to a flying start later this week.

The rally spec Mahindra XUV300 petrol and diesel variants have been prepared by Arki Motorsports with rally spec features. The XUV300 is smaller, lighter, more nimble and agile as compared to its XUV500 counterpart and it will also boast of better power to weight ratio. However, the difference lies in the fact that the rally spec XUV300 is a front wheel drive as against the Super XUV500 which was all wheel driven. 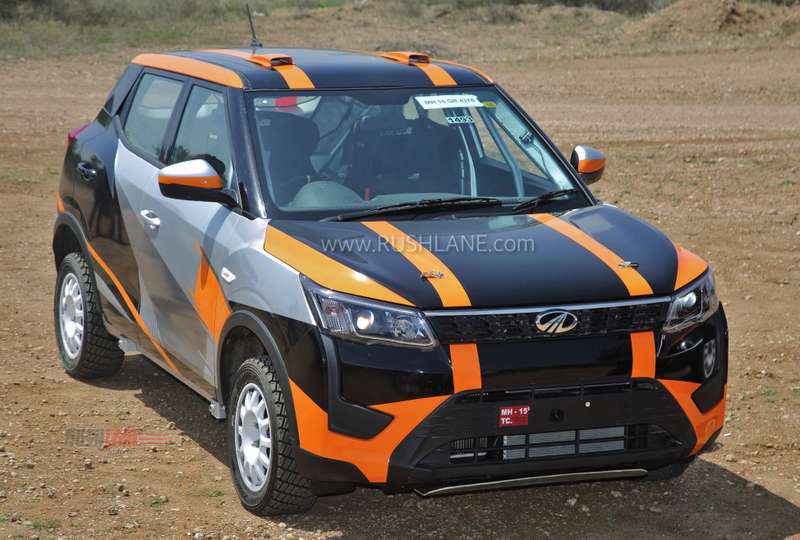 The rally spec Mahindra XUV300 boasts of sporty accents. It gets a black overall color scheme with silver and orange decals. It receives forged alloy wheels for added strength and stability over challenging terrain at higher speeds.

The wheels are fitted with JK tyres where Gaurav Gill’s car is concerned while the rally spec XUV300 being driven by Amittrajit Ghosh will ride on MRF tyres. Both the vehicles will see upgrades in suspension while interiors have been completely stripped out with a rally spec roll cage fitted.

Twin racing seats, four point racing seatbelts, rally spec hand brake and a racing steering wheel much smaller than the stock unit, are also among its interior improvements along with aluminum control pedals. 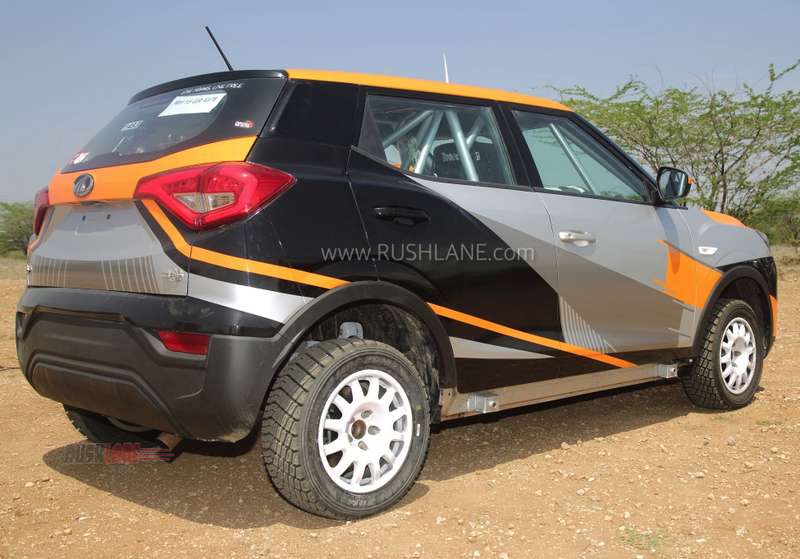 Engine specifications on the rally spec XUV300s include the same Drivetrain as seen on the stock cars sold in the country with a few modifications. The 1.5 liter turbo diesel engine received an engine remap to offer rally level power outputs while it now emits a throaty exhaust sound.

The 1.2 liter turbo petrol engine on the XUV300 that Gaurav Gill will drive receives a larger turbocharger, reworked intakes and exhaust system. The two engines will continue to be mated to stock 6 speed gearbox.

Both the rally spec XUV300 petrol and diesel variants have been put to the test at Coimbatore and will head to Chennai for the first round of INRC commencing from 28th June 2019.

Mahindra Adventure is confident that the performance of the rally spec XUV300 will be on par with its earlier Mahindra Super XUV500, if not better.