All new Mahindra XUV300 sub 4 meter compact SUV has been spotted in production ready guise for the first time. Though wearing camouflage, the sharp features of the new SUV are clearly visible. Projector headlamps, LED DRLs, diamond cut alloys, LED tail lights. Codenamed S201 as on date, the Mahindra XUV300, as it may well be called, will launch early next year to take on the likes of Maruti Brezza and Tata Nexon. 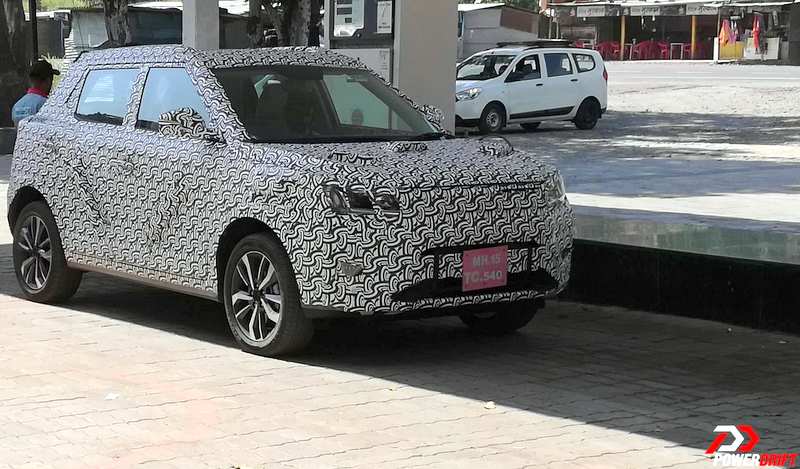 Rear-end will be seen with sweptback tail lamps and a roof mounted spoiler. As against current sub 4 meter SUVs which are positioned on a ladder frame construction, the new XUV300 will get a rigid monocoque chassis offering better safety, handling and performance.

Top spec variants will get a dual tone interior color scheme, new dashboard design inspired by the Tivoli, a large touchscreen infotainment system with Apple CarPlay and Android Auto and front central arm rests. To show its commitment to safety, Mahindra will be loading the new XUV300 with some segment first equipment such as dual zone automatic AC and 7 air bags. 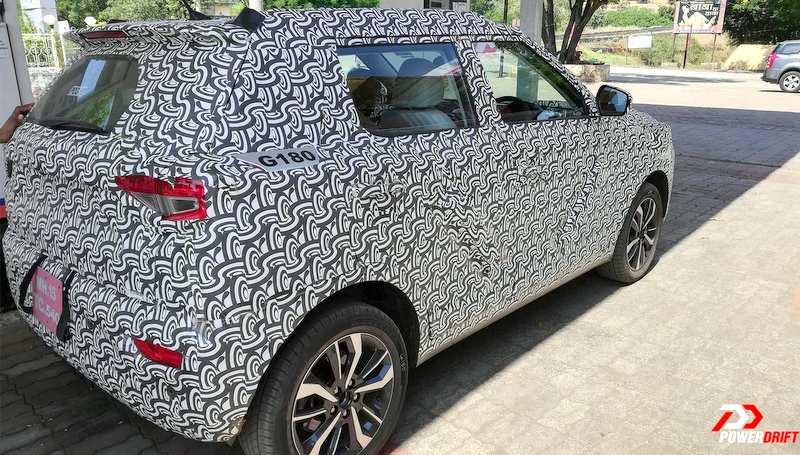 Engine specs could include petrol and diesel engine options. The 1.2 liter turbocharged petrol engine has been developed by Mahindra and SsangYong offering 100 bhp power and 150 Nm torque mated to a manual and automatic transmission. The 1.5 liter diesel engine will be same as seen on Marazzo. This will deliver 123 hp, making it the most powerful in the segment.

Safety features will also include engine star/stop button, Electronic Stability Program, reversing camera and cruise control. ABS and EBD will be offered as standard. Due for a festive launch later this year, following the launch of the XUV700, the Mahindra XUV300 could be priced between Rs 7-10 lakhs.