The Mahindra XUV300, a sub-4m derivative of the SsangYong Tivoli global compact crossover, has been doing pretty well in India. Just like its donor car, the XUV300 will spawn a longer 7-seater version, codenamed S204. Mahindra has confirmed this news on the sidelines of a recent media event for European press.

As per its medium-term road map for Europe, the Indian UV specialist has announced that it will introduce the XUV300 in the old continent next year and follow it up with a 7-seater variant in 2022. 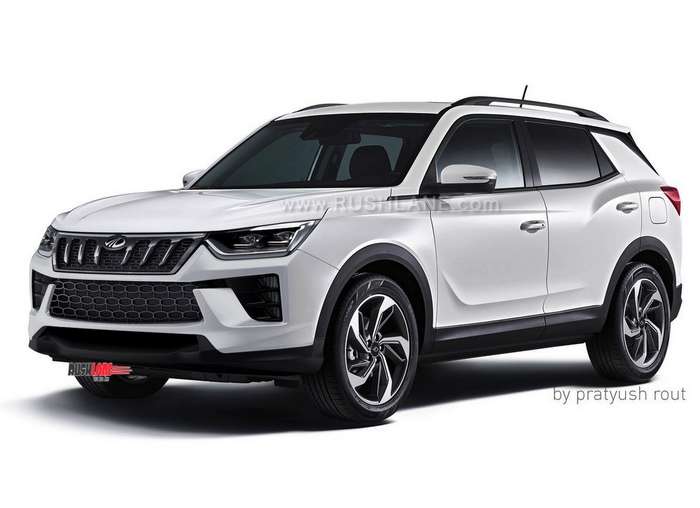 The SsangYong XLV, Tivoli’s 3-row sibling, has identical wheelbase but relies on a longer rear overhang to generate additional space for two more passengers. At 4.44 meters, the XLV is considerably longer. If the Mahindra XUV400 is to be just as long as its South Korean cousin, it would be significantly roomier than the sub-4m XUV300.

Exterior styling of the 7-seat Mahindra XUV400 will be similar to the 5-seater till B-pillar after which it will share its design with the XLV. We won’t be surprised if Mahindra opts to redesign the taillights to have a better brand identity. Interior will be shared with the existing XUV300. There will be no short supply of features.

The road map also confirms that the Mahindra XUV400 7-seater will receive a larger 1.5-liiter GDI turbo petrol motor. This engine is likely to be a mellowed down version of new SsangYong Korando’s 163 hp GDI mill. A 6-speed manual gearbox will be standard.

The XUV400 will be Mahindra’s answer to the likes of Kia Seltos, MG Hector and next gen Hyundai Creta. Given that this segment is generating impressive sale volumes despite the slowdown, it ranks high on the priority list of almost all OEMs but Mahindra is one of the very few who has a suitable platform at its disposal for a quick entry.

We expect the Mahindra XUV300 7-seater to command a premium of around Rs 1 lakh over the 5-seater. This would make it an attractive proposition in its segment. It will take on the likes of Hyundai Creta and Kia Selots – being a more value for money offering.