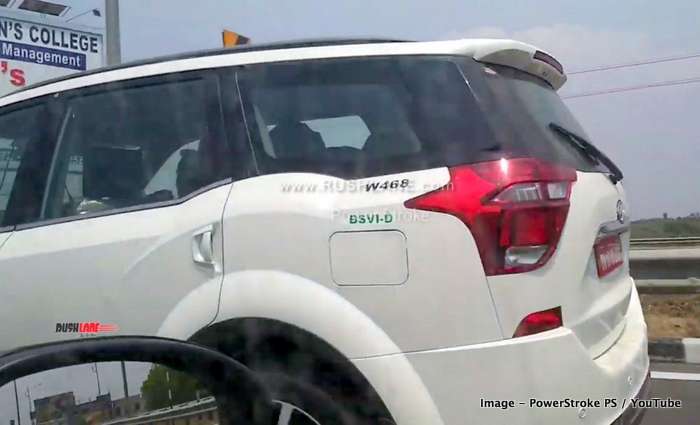 With less than a year left for the BS6 emission deadlines, OEMs are scrambling to get their products meet the stringent norms. Given that the Indian government decided to skip an intermediate level and jump directly to BS-6 from BS-4, things have gotten tricky for the automakers because the transition warrants drastic and cost intensive approaches, especially for diesel engines.

Mahindra, being largely dependent on diesel engines, is working intensely to upgrade its entire passenger and commercial vehicle portfolio to the new emission norms. YouTube channel PowerStroke PS recently came across a fleet of prototypes on the highway, testing out their upgraded powertrain. The observer reported that all the vehicles feature ‘BS-VI D’ sticker near the fuel filler caps.

The fleet comprises at least a pair of XUV500s, a TUV300, a Bolero and its pick-up variant, and Supro in both load and people carrying avatars. While most of these models are expected to employ their existing diesel engines with new emission reducing measures such as selective catalytic converter, diesel particulate filter, improved EGR (Exhaust Gas Recirculation), etc., some are likely to receive all-new engines.

Rumors say that the next generation XUV500 (likely to be a re-engineered 2019 SsangYong Korando) which is due for a late 2020 launch would be powered by a new 2.0-liter diesel engine. So, upgrading the current XUV500’s 2.2-liter unit to BS-VI standards towards the end of its life cycle doesn’t make any sense, unless Mahindra plans to use this motor (perhaps in different state of tune) in other vehicles such as the Bolero and new Thar.

As per the BS-VI emission standards, the diesel engines of the light duty vehicles (GVW of less than 3,500 kg) should reduce their NOx emissions by 68% compared to BS-VI standards. Depending on the vehicle class, the particulate matter emissions need to be reduced by 82-93%.

There is no doubt that meeting these standards would mean significant increase in cost of diesel engines. A BS-VI compliant diesel vehicle is estimated to be dearer than its comparable BS-IV version by around INR 70,000 – INR 2 lakhs depending on the type of vehicle and extent of development cost that the manufacturers decide to absorb. No wonder why Maruti Suzuki, Mahindra, and Tata Motors are inclined towards pulling the plug on compact diesel engines.