Mahindra XUV700 spied next to XUV500 SUV – During Marazzo launch

Mahindra showed off the G4 SsangYong Rexton at the 2018 Auto Expo which reportedly will be sold in India as the XUV700. This new SUV is set to launch in India later this year when it will take on the likes of the Toyota Fortuner.

At the launch event of Mahindra Marazzo MPV yesterday, which was held at the company’s manufacturing plant in Nashik, there was a test mule of XUV700 which was parked next to XUV500. This was spotted by GaadiWaadi and they have clicked detailed shots of the upcoming 7 seater SUV. 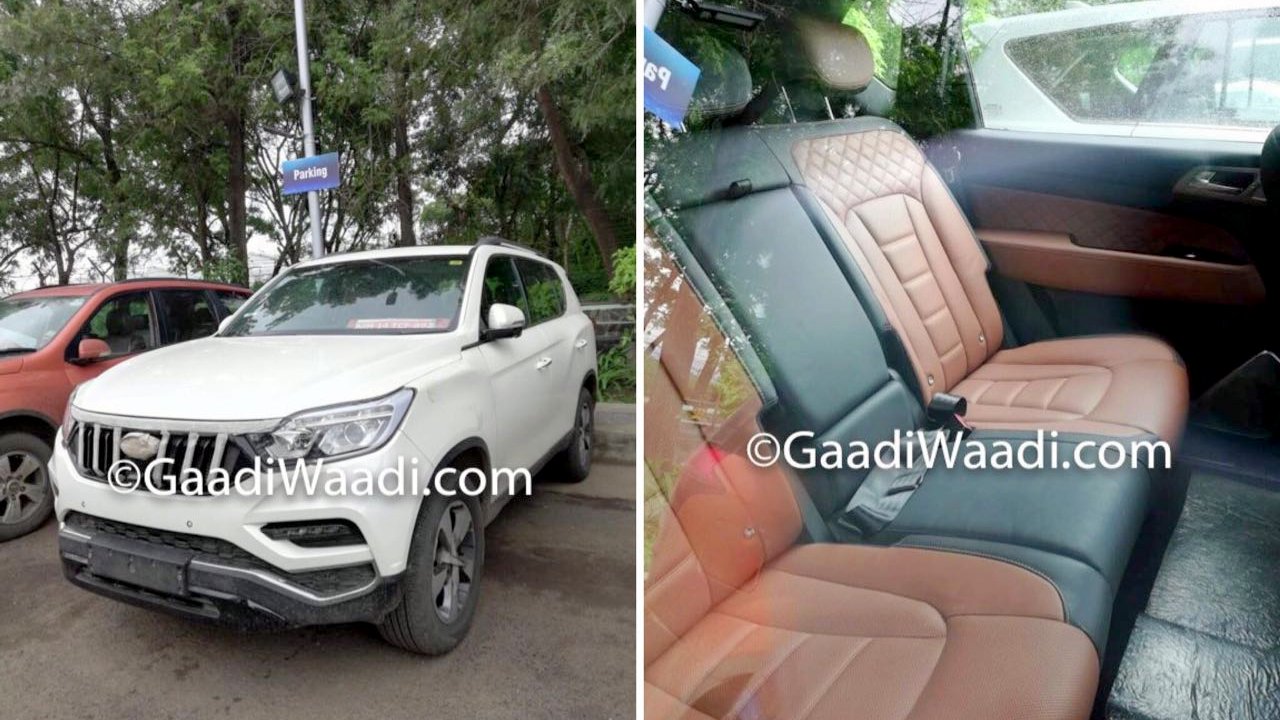 It was the top end variant of the XUV700 that was spied on test. It is being tested on varied Indian terrain and is seen based on the Rexton facelift with minor design changes though it does sport new alloy wheels, Rexton style bumpers and tail lamps. Mahindra XUV700 will be a massive 7 seater model. It will receive new headlamp design, LED DRLs, a chrome slat front grille with the Mahindra logo positioned in the center and massive wheel arches.

Interiors of the new Mahindra XUV700 will be both spacious and comfortable. Seating will be in premium leather. It will get a 360 degree camera, sunroof, power tailgate, storage spaces and a large boot. Its list of features will also include am 8” touchscreen infotainment system with Apple CarPlay and Android Auto.

Boasting of a rugged road presence, safety features have also been enhanced on the new XUV700 which includes a total of 9 airbags, electric parking brake, speed sensitive steering wheel, rear windshield defogger, active roll over protection and remote immobilizer along with ABS and EBD which will be offered as standard.

Unlike Mahindra SUVs which receive mHawk diesel engines, the XUV700 will be powered by a 2.2 liter turbo diesel engine, developed by SsangYong. This engine will be capable of 187 bhp power at 4,000 rpm and 420 Nm torque at 1,600-2,600 rpm mated to a 7 speed automatic transmission sourced from Mercedes Benz. It will be offered both as 2WD and 4WD while this fuel efficient diesel engine is expected to return around 15kmpl fuel efficiency. Expect prices to start from Rs 20 lakhs.