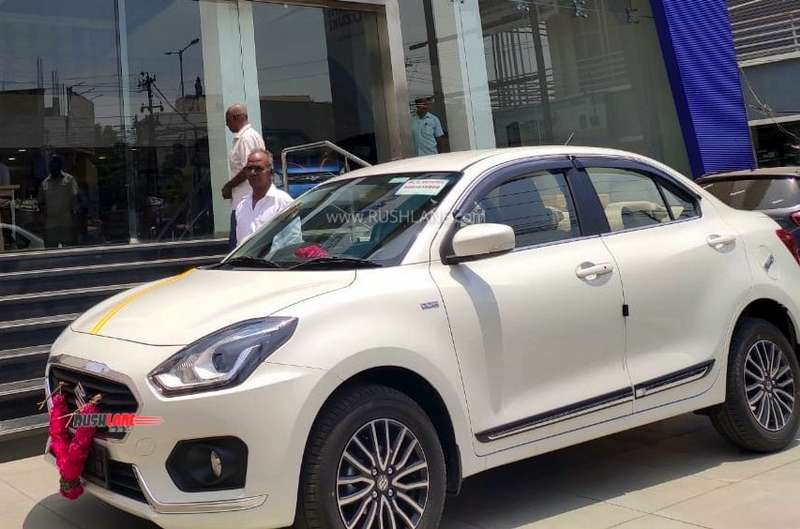 Maruti Suzuki has announced no production days at its Gurgaon and Manesar plants on 7th and 9th September, 2019. The decision revolves around shut down of passenger vehicle manufacturing operations at Gurgaon Plant and Manesar Plant, Haryana. September 2019 is the eight straight month that the company is trimming production to cope with reduced demand.

Though current months have been dismal on the sales front, Maruti Suzuki Dzire has brought some cheer to MSIL. The sedan has been working wonders for the brand when it comes to sales volumes. Since over 10 years, Dzire has positioned itself as a best selling sedan.

When it comes to the segment, Dzire leads triumphantly with 61 percent market share between (Apr ’19-Jul ’19). The company sells a Dzire every 2 minutes. With more than 19 lakh customers, Dzire is now a BSVI compliant compact sedan. Below is the latest video shared by Maruti, which shows how the Dzire sales have grown over the years against rivals.

Maruti Dzire, which shares bits with Swift in its BSVI form continues to get power from the 1.2-litre, 4-cylinder petrol engine. This returns max power of 83 hp, and 113 Nm of peak torque, mated to a 5-speed manual, and a 5-speed AMT unit.

MSIL currently offers the Dzire diesel with a free of cost 5-year and 1 lakh kilometre warranty as standard. In 2018-19 alone, Maruti Suzuki Dzire sales surpassed the 2.5 lakh unit mark. Its popularity is such that’s in recent times, Dzire sales have routinely surpassed the 20k mark on a monthly basis. But recently, sales have come down to about 12k units a month.

Not only Dzire, sales of almost all Maruti cars have declined by a huge margin. In order to beat slowdown, Maruti will be launching a new small car later this month, called S-Presso. It is based on the Future-S Concept which was showcased at the 2018 Auto Expo. It will be offered only with petrol engine.