In the minds of Indian car enthusiasts, the Maruti 800 is truly an icon. Introduced by Maruti Udyog back in 1983 as the ‘SS80’, it was one of the very few cars in history to have a name synonymous with the brand. To many, “Maruti” stood for the 800. After all, it was the first personal-use four-wheeler for the wider Indian population.

Maruti Suzuki had to discontinue the hatchback in 2010 since it did not comply with higher emission norms (BS4) and safety regulations. The car remained in production for almost 30 years and went through three generations. In its final format, the 4-speed Maruti Suzuki 800 made about 37bhp and 59Nm of torque from a 796cc MPFI three-cylinder petrol mill. Its higher 5-speed variant churned out almost 47bhp and 62Nm. The 800 continues to be a desirable and worry-free purchase in the used car market.

Over the years, we have come across several renders and ‘reimaginations’ based on the Maruti Suzuki 800. In fact, several examples among these seemed promising with an all-electric powertrain.

Pune-based Northway Motorsport, led by EV specialist Hemank Dabhade, is giving new life to a last-generation Maruti Suzuki 800. The team is in the final stages of converting the four-door city car to an all-electric RWD fun cart with two seats, with a full-charge range of 150km. Northway Motorsport states that its ‘Maruti 800 EV’ project is essentially a research platform to study the commercial possibilities of an ICE-EV conversion — check out the team’s Chevrolet Beat EV build.

The entire process is being documented on YouTube and the official website of Northway Motorsport. As one would expect, the team started off by taking out the complete ICE base (engine, transmission, exhaust, etc.). The original packaging had to be modified as well to fit a high-torque AC induction motor at the rear and a battery pack in front. Using advanced equipment, a 3D model of the chassis was generated to make it easier to develop additional components, virtually.

Proper attention was given to the power unit assembly and the subframe on which it is housed, to ensure a perfect fit. If you are an engineering enthusiast over a car enthusiast, you might find the ‘marriage’ quite satisfying. Following this was the addition of all supporting electricals and electronics, including batteries (under the bonnet and in the freed-up space behind the front seats). Another small-yet-major step was to remove the third and second pedals (clutch and brake) for a wider brake pedal as in a conventional automatic. 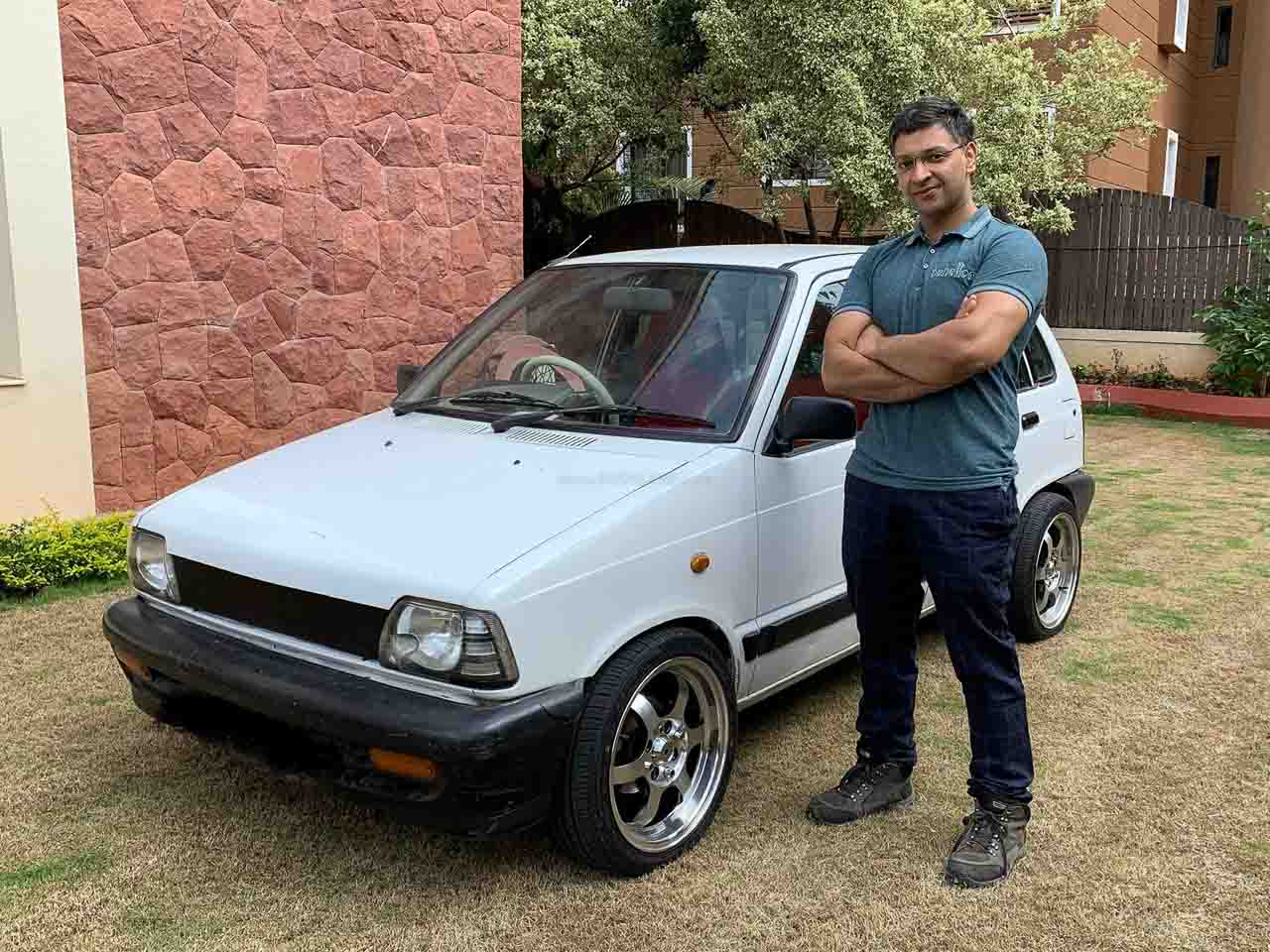 Northway Motorsport heavily relied on their expertise at hand- and lathe-fabrication to produce certain parts, such as the hub assembly for a new three-spoke NRG Innovations steering wheel with colour-matched rim. At present, the rear systems-layout could seem like a mess but the team would neatly cover it towards the end. In order to impart a sporty flair, a set of bigger, wider six-spoke wheels (same PCD) and a pair of bucket seats were added.

As mentioned before, the project is inching towards its final avatar. Northway Motorsport will be sharing the complete conversion, testing and driving part of the Maruti 800 EV in the days to come. We are sure that the entire series would be an interesting watch.